Northbound 99 traffic at Panama at a 'standstill' due to crash involving semi, pickup truck 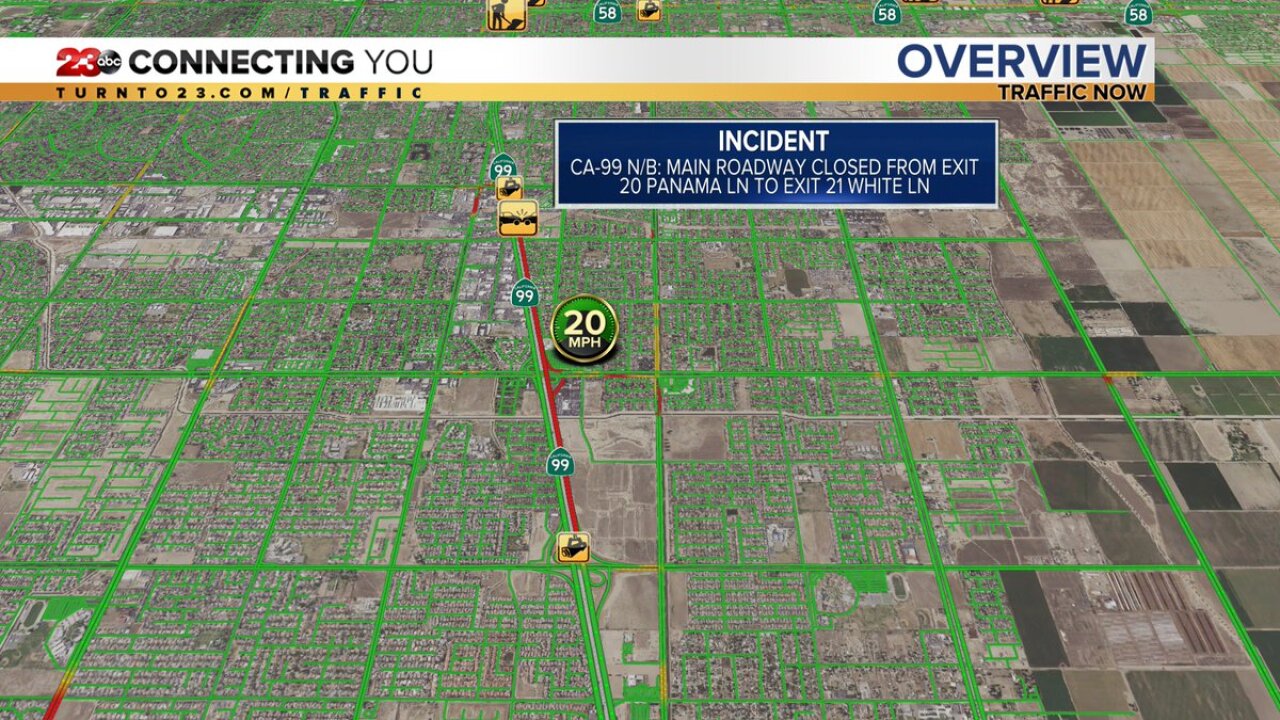 Northbound traffic on Highway 99 is at a crawl near Panama Lane following a crash Tuesday morning.

Rodriguez said the work truck stalled on the 99 and was hit by a big rig at about 7 a.m.

All northbound lanes of the 99 were shut down, but two have been re-opened.

Rodriguez said all lanes should be clear by 10 a.m.

CHP says a non-injury crash has traffic stopped on northbound 99 at Panama Lane, we can see traffic backed up all the way to Hosking. Avoid the area pic.twitter.com/AOJcOrDNV1

No injuries were reported in the crash.