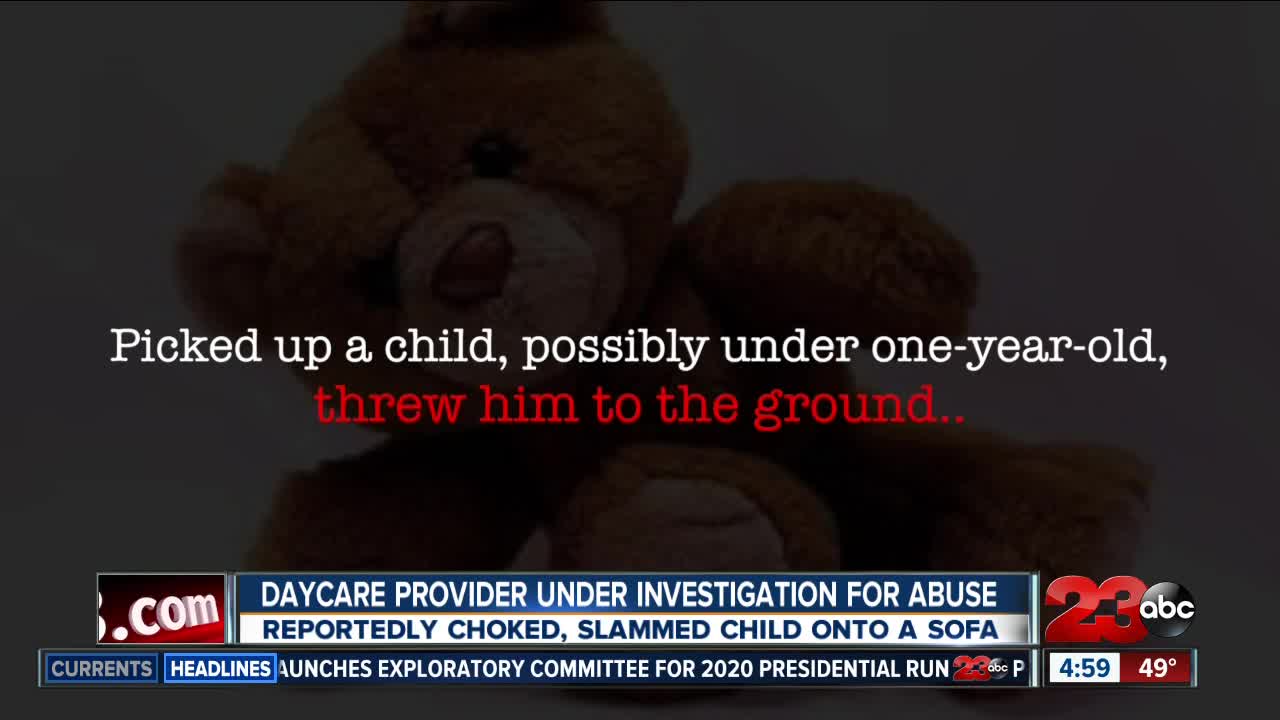 BAKERSFIELD, Calif. — UPDATE: Court documents show that Shannon Perkins has bailed out of jail. She is scheduled to be back in court on January 11.

The Kern County Sheriff's Department has arrested a daycare provider after investigating her for child abuse in Northwest Bakersfield.

A man called authorities to report he had home surveillance videos that showed his live-in ex-girlfriend, Shannon Perkins, who runs a licensed daycare out of the home on 6800 block of Randall Street, was abusing a child on December 27, according to court documents.

The man said he watched the in-home video surveillance on his cell phone.

Deputies said a video showed Perkins picked up a child, possibly under one year old, and throw the child to the ground. The child started crying and then she picked him up again and slammed him on the sofa and shook him before wrapping him in a towel, according to documents.

A second video showed Perkins arguing with her ex-boyfriend, at which time she picked up the child, put him on the sofa and changed the baby's diaper. Then, the video showed she strangled the child for two seconds, and the child can be heard gasping for air, according to authorities.

Perkins also picked him up and smacked him in the back of the head three times, according to documents.

Perkins was arrested on Friday, December 28. She was booked on one felony charge of willful cruelty to a child.

According to court documents, Perkins bailed out of jail on New Year's Day.