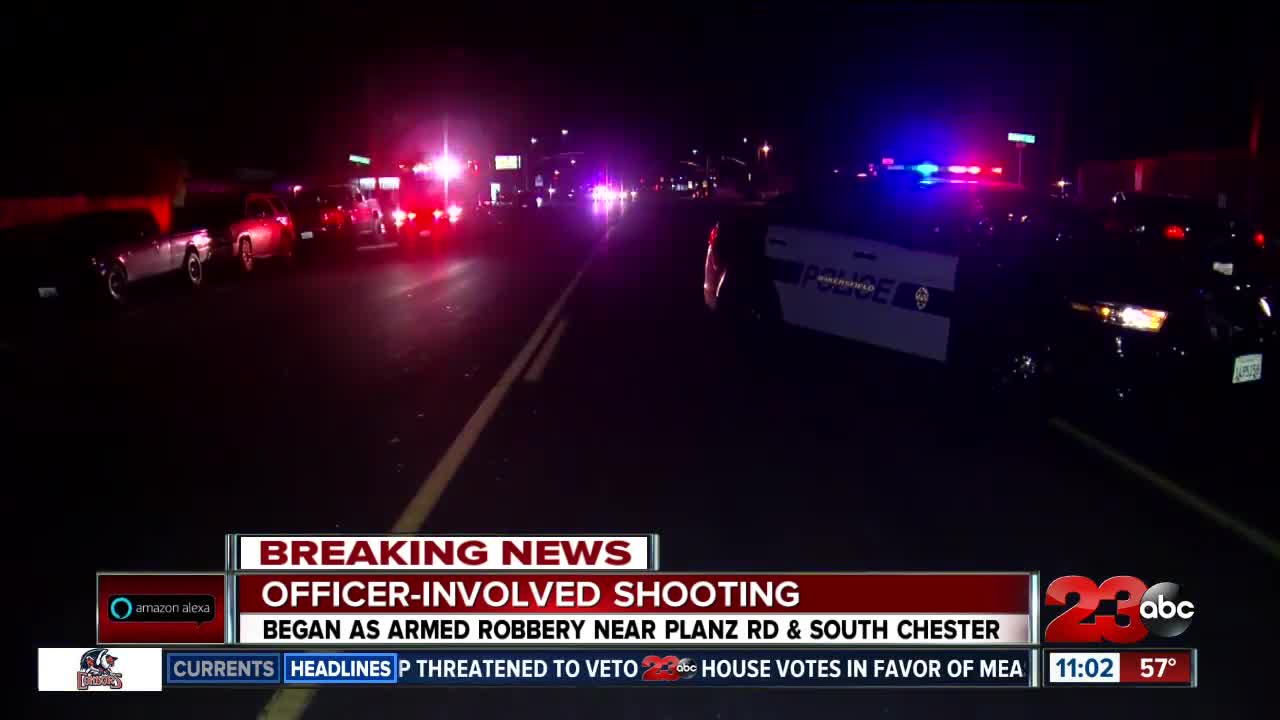 Bakersfield Police are investigating an armed robbery in the area of 700 Planz Road. Police say that an officer involved shooting took place.

BAKERSFIELD — Bakersfield Police have released the name of the officer who opened fire on two robbery suspects on Planz Road last week.

Shaff has been with the department for more than 17 years.

BPD also gave an update on one of the suspects, a 17-year-old boy. That suspect's name has not been released and he is still in the hospital and is in stable condition. When he is released, police plan to charge him with a number of violations, including weapons, robbery and gang charges.

On Friday, police say Christopher Salazar, 20, was arrested after he was medically cleared and taken to the Kern County jail. Salazar is facing robbery, gang-related and weapons charges.

Police say just after 9 p.m. Thursday, an officer was patrolling the area of Planz and South Chester Avenue when he noticed an armed robbery at La Villa.

Police say moments later, an officer opened fire front of La Villa. The department not said what led to the shooting.

At about 9:30 p.m., two people -- matching the description of the robbery suspects -- showed up at a hospital with gunshot wounds.