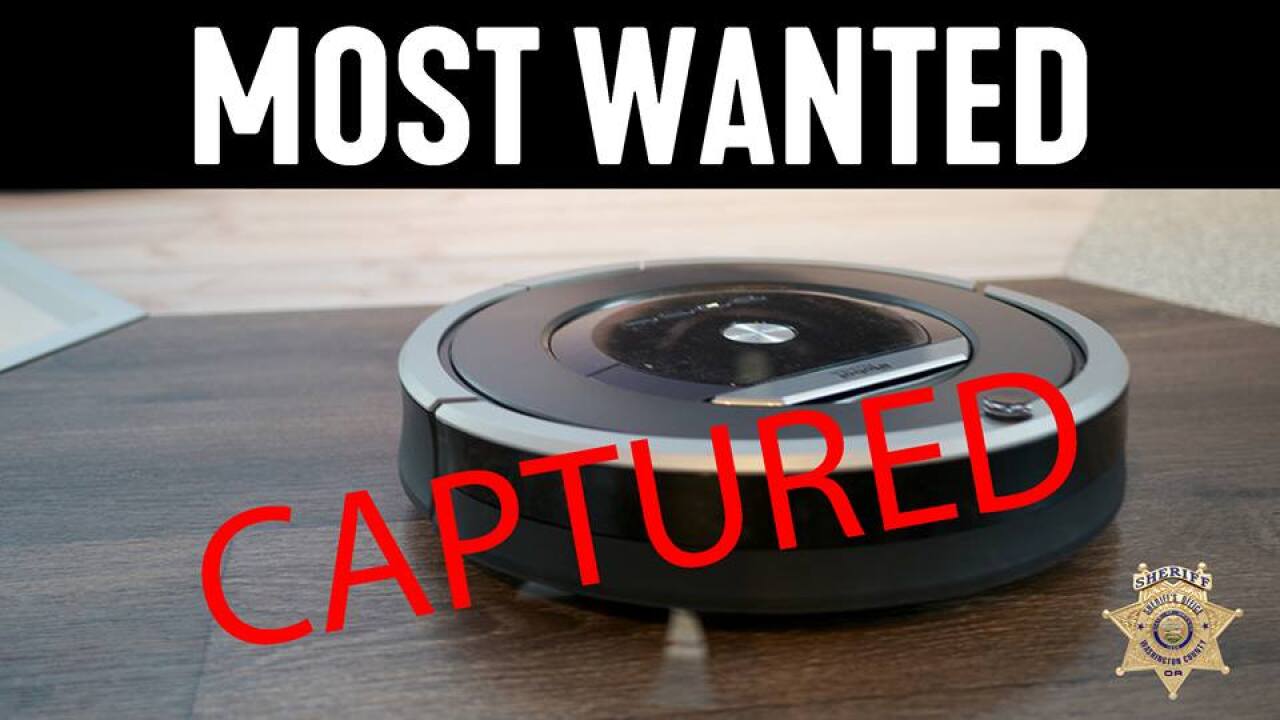 WASHINGTON COUNTY, Oregon (CNN) — Sometimes things aren't always what they seem. Take the case of a "burglary in progress" call in Oregon.

Sheriff's deputies in Washington County received a recent 911 call from a woman who said someone had broken into her home and locked themselves in her bathroom.

She told police she could see shadows moving under the door.

Deputies responded to the scene with their trusty K-9 officer, ready to take down a burglar. They could hear rustling noises coming from behind the door, but the suspect wasn't responding to commands to come out with their hands up.

So with guns drawn, deputies opened the door, ready to pounce. Instead they were met by a Roomba, a robotic vacuum cleaner, that appeared to be trapped inside.

"We breached the bathroom door and encountered a very thorough vacuuming job," the sheriff's office said in a Facebook post Tuesday.

The case is now closed -- but not before the sheriff's office shared a "captured" photo of the culprit.