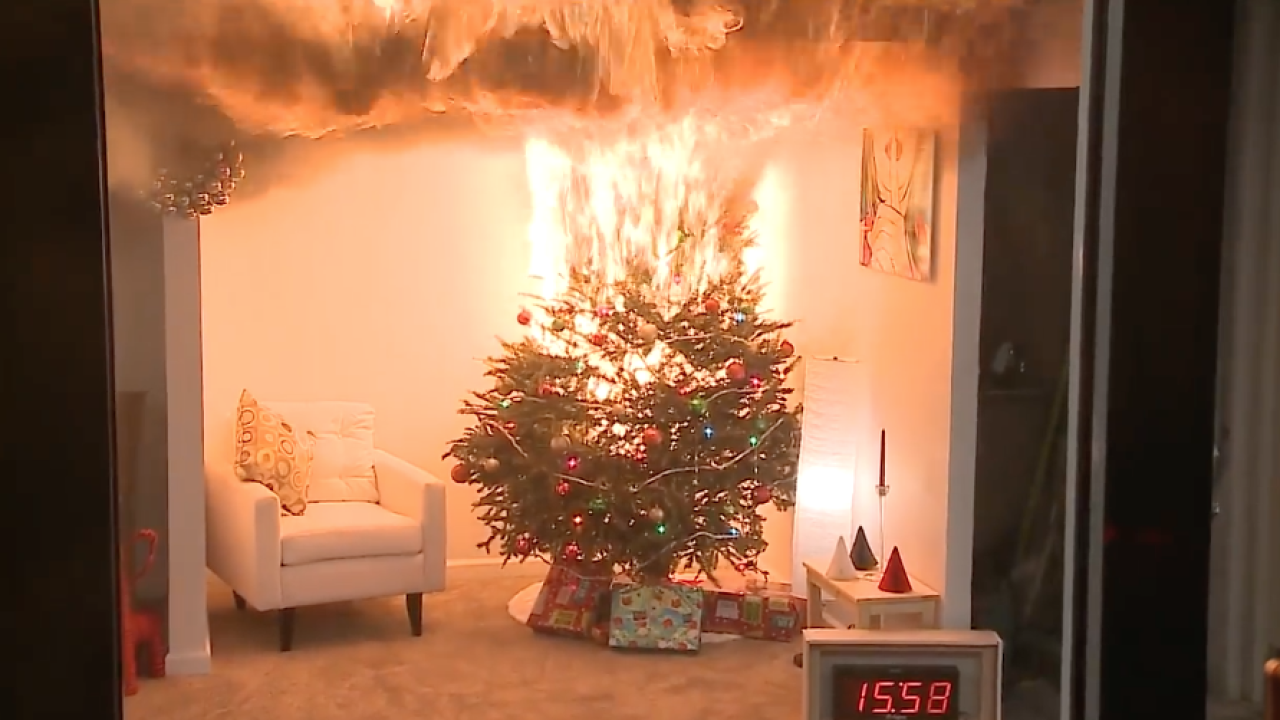 BAKERSFIELD, Calif. — The National Fire Protection Association is reminding families to water their Christmas trees on a daily basis to help prevent a tragedy.

A video posted on the NFPA’s Facebook page shows how a dried-out tree can become engulfed in flames within just a few seconds.

Officials said a dry tree can catch fire and burn faster than newspaper.

“From 2010 to 2012 there were an estimated annual average of 200 fires where the Christmas tree was the first item ignited, resulting in 10 deaths, 20 injuries, and $17 million in property loss,” read a statement within the video.

Later in the same video, a tree that was properly watered is shown to have significantly less burn damage than the unwatered one.