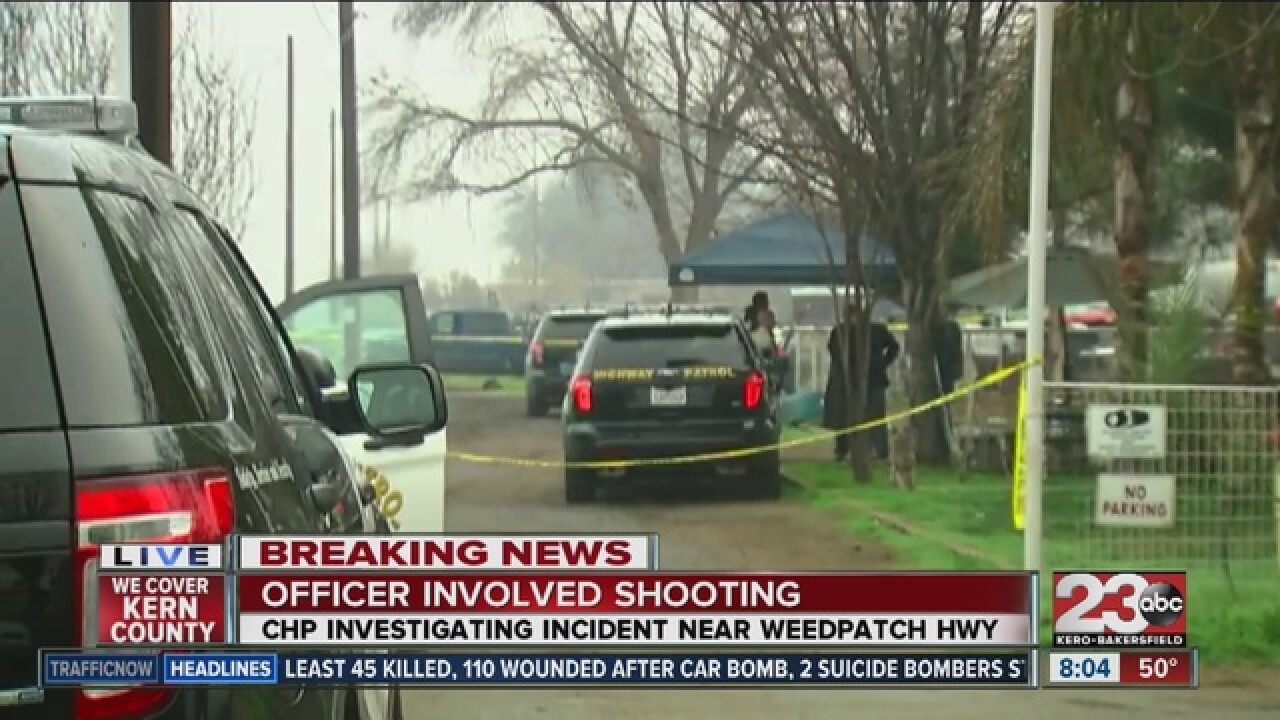 CHP is investigating an officer-involved shooting that happened around 4:00 a.m. Sunday near Weedpatch Hwy and Farmers Lane.

Officials say this started after a short pursuit on Weedpatch Hwy, then turned onto Farmers Lane. At the end of the road, the man exited the vehicle and brandished a weapon at the California Highway Patrol officers.

One of the officers shot at the suspect, striking him multiple times.

The suspect was transported to Kern Medical Center with major injuries. The CHP Officers were not injured.

Identities of the officers and the suspect have not yet been released.

Anyone with information on this incident is asked to contact the Kern County Sheriff’s Office at 661-861-3110.