One year since Micah Holsonbake's disappearance, beginning of 'Bakersfield 3' investigation 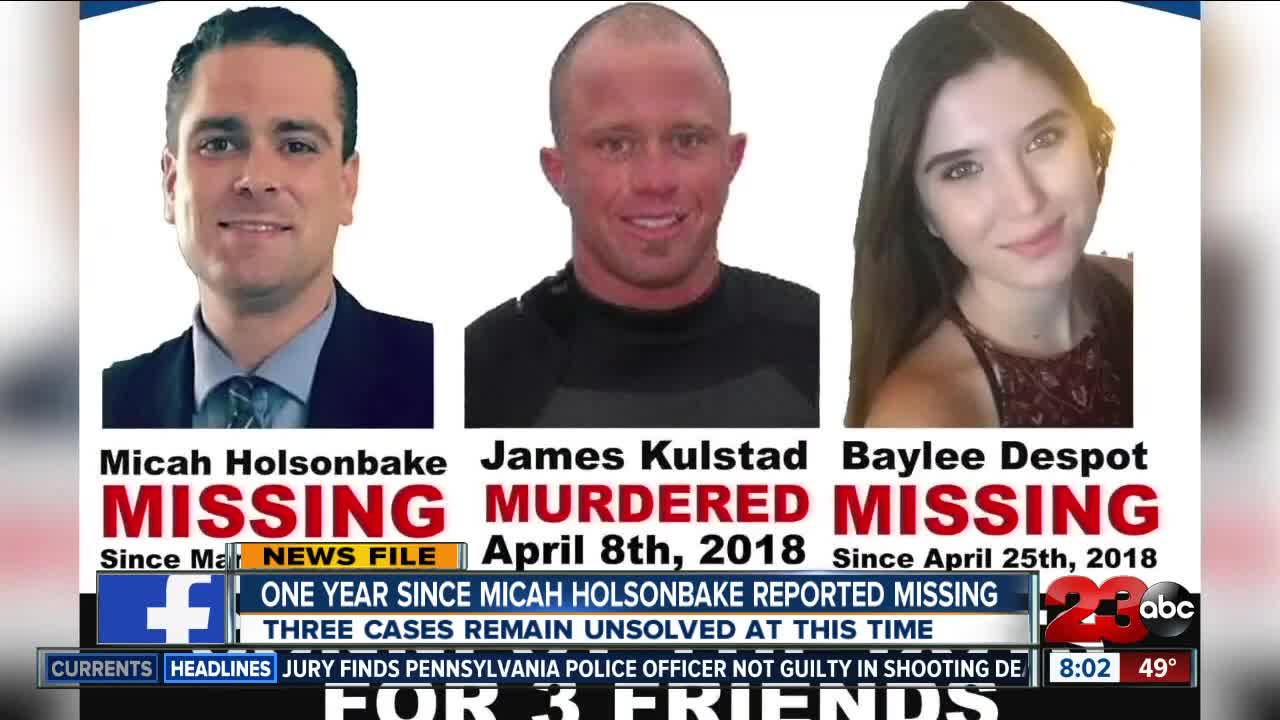 BAKERSFIELD, Calif. — Today marks one year since the beginning of what would become known as the 'Bakersfield 3' investigation- a movement looking for answers after three local young people either disappeared or were killed.

When 23ABC spoke with Cheryl Holsonbake, Micah's mother, in December 2018, she said she didn't know "if time fixes anything."

I don't know if time fixes anything, there's just a lot of unknown rolling out ahead of us. Unless we have some kind of closure, I don't know how it will continue.