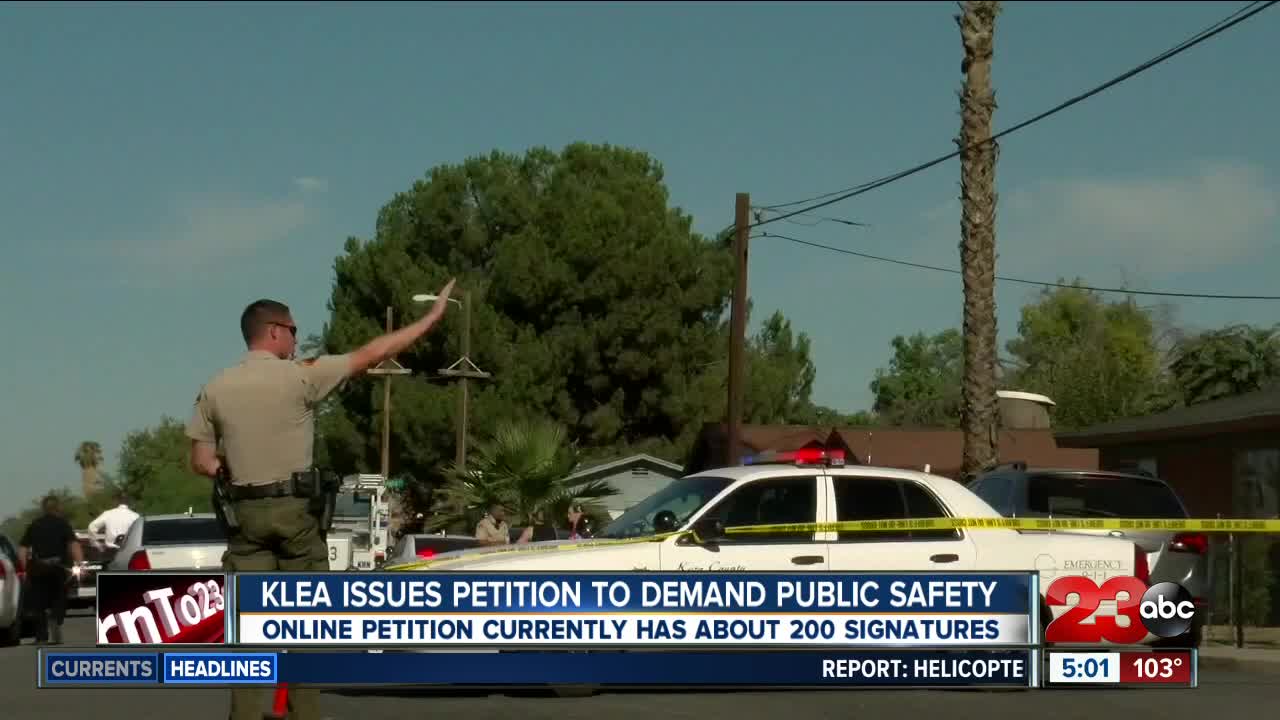 BAKERSFIELD,Calif. — A new petition was released by the Kern County Law Enforcement Association asking for the community to reach out to county supervisors about public safety resources.

This comes after KCSO announced that it was discontinuing its gang task force because of continuous lack of funding and staffing.

Over the weekend the Kern Law Enforcement Association pushed out this online petition, asking the community to support them in what they are calling a public safety crisis. Richard Anderson, President of KLEA says they created the petition because they need the community’s help to bring further awareness to the sheriff's departments crisis.

“What inspired me [to do this] was seeing my brother and sisters who work for the sheriff's office just leaving in masses,” Anderson said.

This comes after the heels of the sheriff’s department announcing last week it was dismantling their three member gang task force.

Anderson along with Sheriff Donny Youngblood says they are constantly losing deputies due to the low pay and only have five individuals currently in the academy.

“In the last election we put a one-cent sales tax on the ballot,” Youngblood said.

“We are now in a position where we will take a half of one percent sales tax to get us anywhere we need to be and even if we had that money, we are 3-to-5 years to getting back to normal.”

Just this year the department has lost over 30 deputies and are expecting to lose more.

“There is such a competitive market in California for police officers and when you are the lowest paid, which we are by far, we lose our new recruits and sergeants who go to other agencies,” said Youngblood.

Anderson says there will have to be either a compromise with the board of supervisors or changes must be done in order to solve the staffing and funding issues.

“Somebody, unfortunately, may have to lose their job over this,” Anderson said. “Somebody may have to get voted out of the office for something to get done. I would rather see that than a deputy get killed in the line of duty because of inadequate staffing.”

Anderson adds that he plans to speak at the board of supervisors meeting on Tuesday to try to find a solution.

We reached out to every supervisor as well as several individuals from the county for comment, but no one was available.