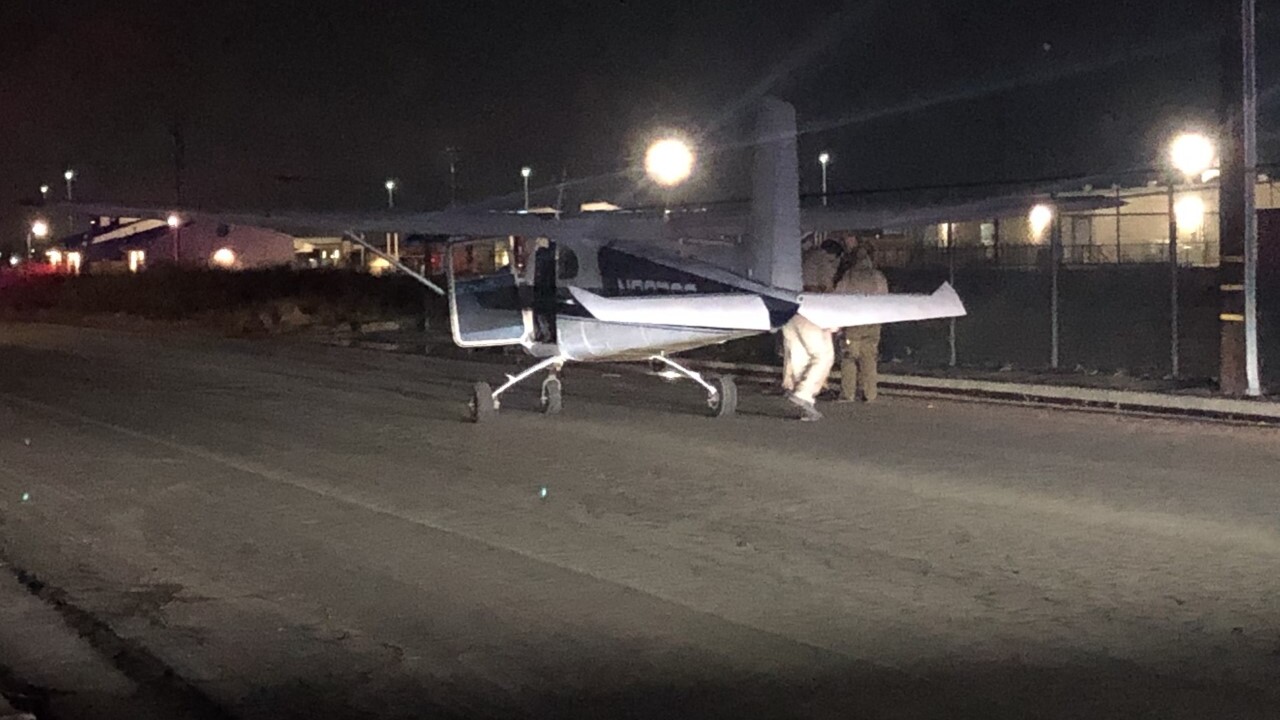 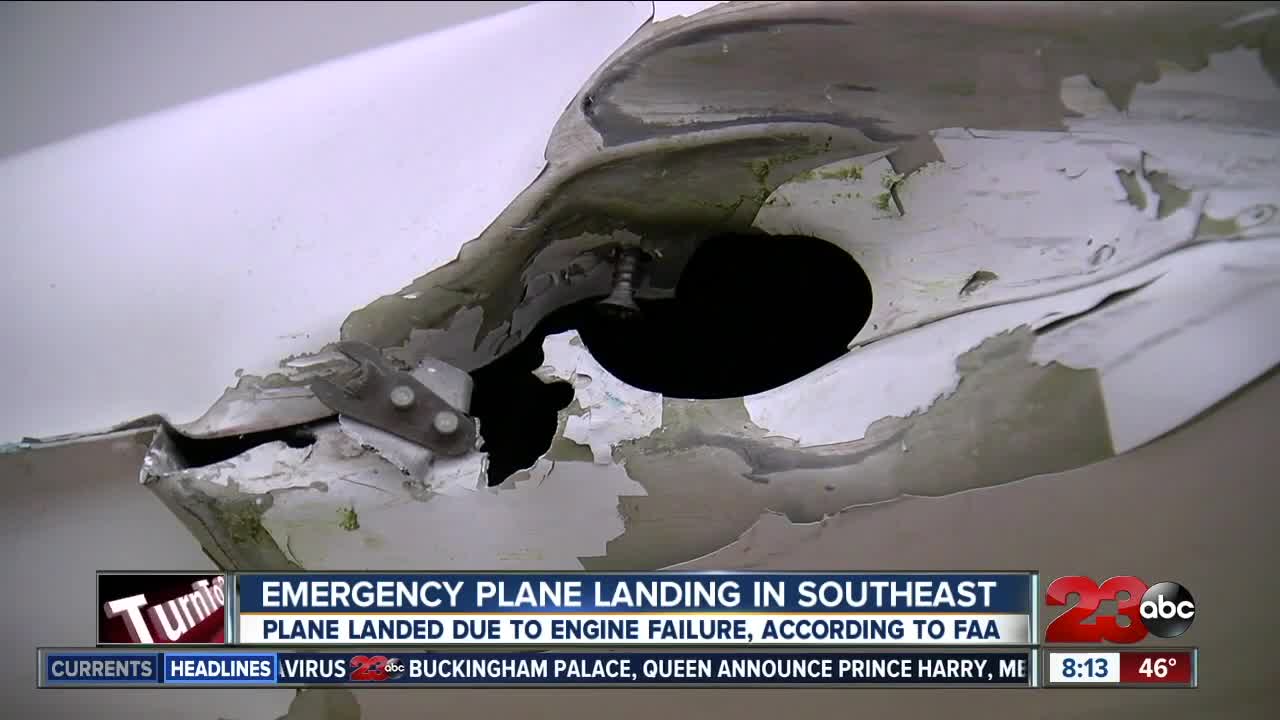 BAKERSFIELD, Calif. — UPDATE: According to FAA officials, a single-engine Cessna 182 was inbound to Bakersfield Municipal Airport, before having to make an emergency landing. The landing took place off Feliz Dr. and Cottonwood Rd.

The pilot reported the engine failed and needed to land.

According to the Federal Aviation registry website, the aircraft tail number N2078G is registered to a Casus Santos of Ventura, Calif.

The Kern County Sheriff's Office and Kern County Fire Department responded to the landing a little before midnight blocking off part of Feliz Dr.

The plane had two passengers but neither were injured. FAA officials say when and where the plane will be moved is dependent on the owner and law enforcement

Also, there were no reported injuries on the ground and no vehicles involved. One neighbor tells 23ABC that he is still in shock to have a plane just a few feet away from his home.

"It's kinda fun in a way I guess because you see things like this on social media and the news," said Sam Molina, a neighbor. "And throughout the day I have seen people taking pictures of the plane."

Molina says the attention it’s drawing to their neighborhood is a concern due to the amount of traffic it's bringing.

The call for service came out just before midnight. The plane landed on Feliz Dr. near Cottonwood Rd.

The Kern County Sheriff's Office said the plane was headed for Meadows Field Airport, but officials did not immediately know where the plane was coming from.

KCSO said the National Transportation Safety Board and the Federal Aviation Administration have both been notified.

Deputies are helping keep the road blocked until NTSB and FAA investigators respond.

Our cameras were there soon after the incident and the plane didn't appear to have any major damage. Officials said no injuries were reported.

This is a breaking news story, check back for update.