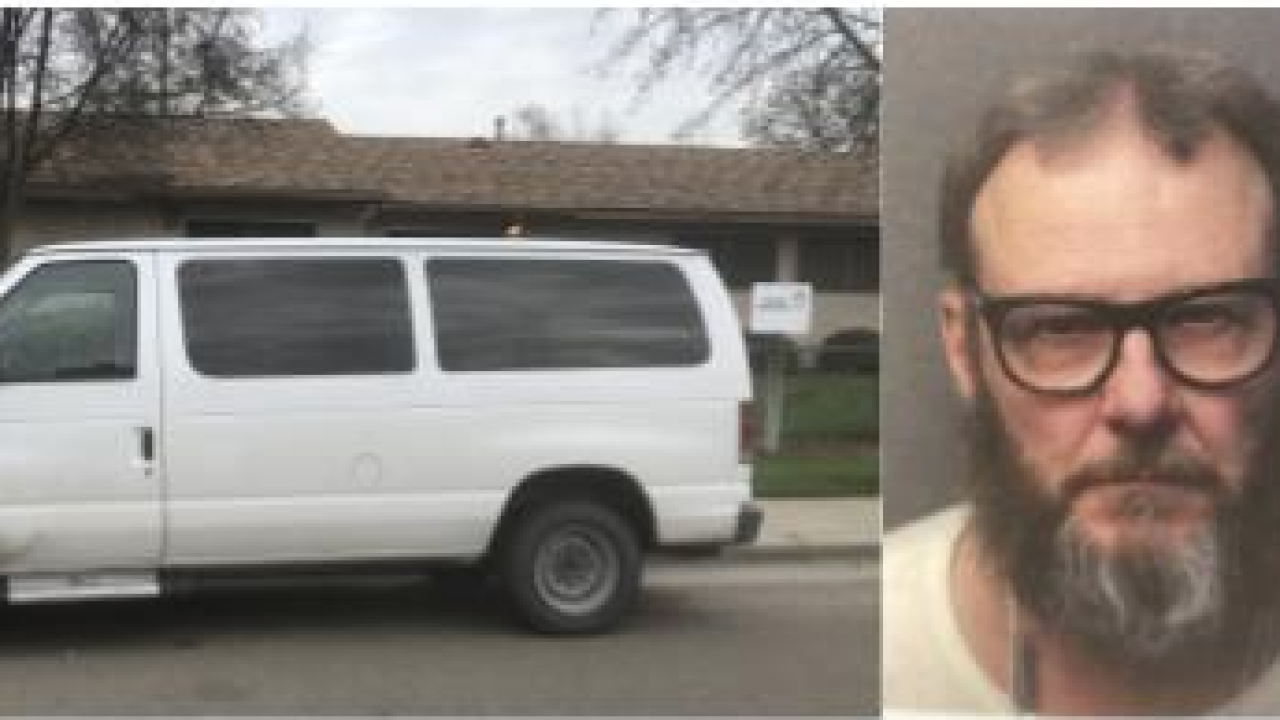 BAKERSFIELD, Calif. — Officers with the Porterville Police Department said that they received a call reporting a suspicious subject annoying juveniles near the helicopter at Veteran's Park in Porterville on Tuesday, February 19.

The victims, 13 and 15 year old females identified the van where the suspect was.

The suspect, Ronald Gene Thomas, 61, was contacted and it was reported he had been making attempts to lure or contact multiple juvenile females in the area.

He was also found to have two chocolate chip cookies on his windshield, only accessible from the outside.

Following further investigation, it was revealed that Thomas is required to register as a sex offender from an Arkansas conviction of lewd and lascivious acts with a minor under 14, according to police.

He was subsequently arrested and booked into the custody of the Tulare County Sheriff on charges on annoying or molesting a child, failure to change registration address and failure to notify of transient status.

According to officials, Thomas is registered as a sex offender with the Department, but he failed to update his status as a transient which is a vilation of his registration.