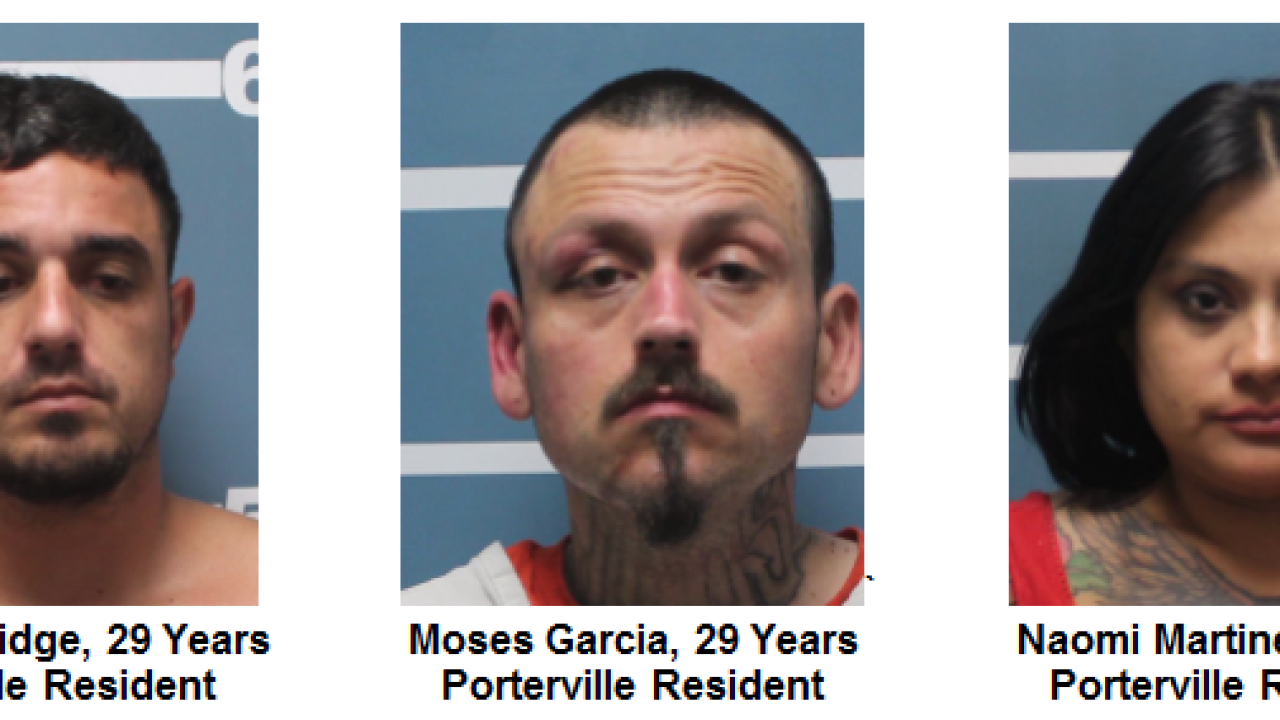 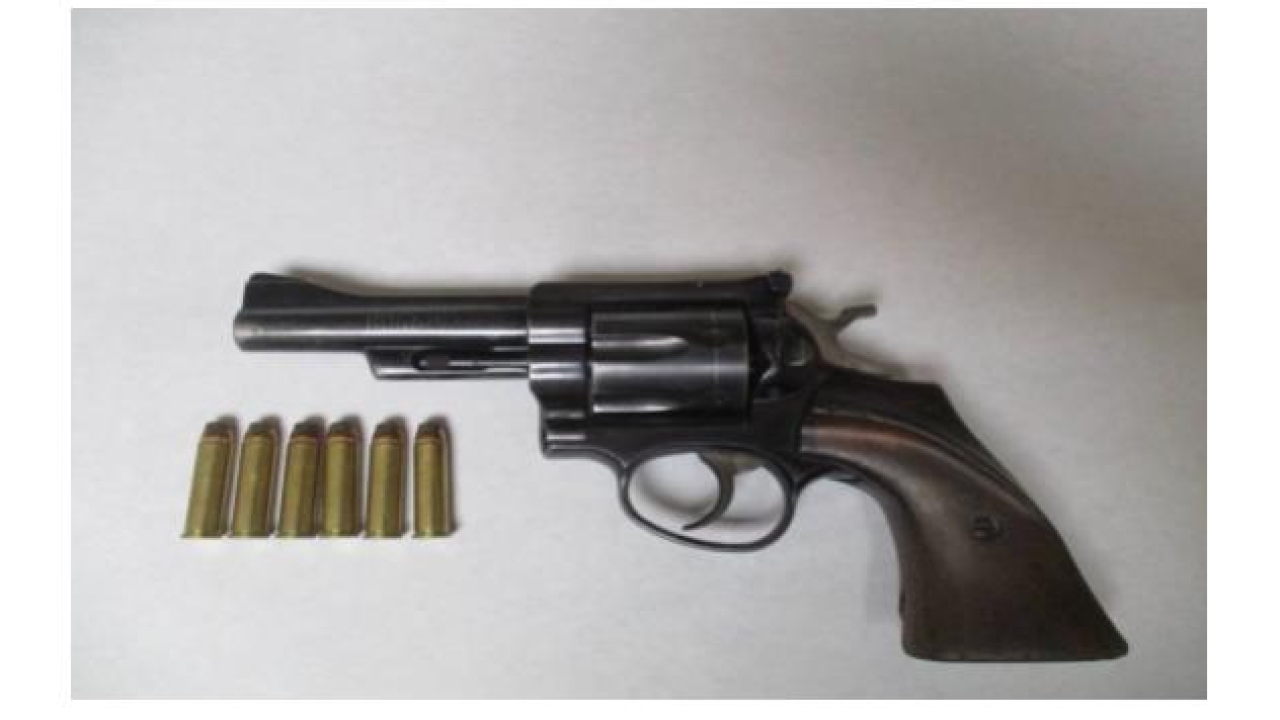 On June 7, 2019 at approximately 6:08 p.m., detectives with the Porterville Police Department Special Investigations Unit responded to a residence near East Crabtree Avenue after developing information there were stolen vehicles at the residence. Upon arrival, detectives made contact with Moses Garcia, who initially provided a false name. Law enforcement also contacted Naomi Martinez, Travis Aldridge, and a two year old juvenile victim. Aldridge and Martinez were found to have active confirmed warrants for their arrest and all three adults were determined to be under the influence of a controlled substance.

Detectives located a partially stripped Chevy Silverado on the property, which was found to be a reported stolen vehicle from the City of Visalia. Detectives authored a search warrant for the residence and property, and during the execution of the search warrant, detectives located a loaded revolver, drug paraphernalia, and ammunition within reach of the juvenile victim. Detective also determined the property was used for dismantling stolen vehicles. The stolen Chevy was released to the registered owner. The juvenile victim was released to her mother.

Travis Aldridge was arrested and booked at the Tulare County Sheriff’s Office Pre-Trial Facility for Possession of a Stolen Vehicle, Operating a Chop Shop, Possession of a Firearm while Under the Influence of a Controlled Substance, Child Endangerment, Possession of Drug Paraphernalia, and an arrest warrant. Aldridge is being held in lieu of $110,000 bail.

Moses Garcia was arrested and booked at the Tulare County Sheriff’s Office Porterville Sub-Station for Under the Influence of a Controlled Substance, Child Endangerment, and Providing a False Name to a Peace Officer. Garcia is being held in lieu of $100,000 bail.

Naomi Martinez was arrested and booked at the Tulare County Sheriff’s Office Pre-Trial Facility for Under the Influence of a Controlled Substance, Child Endangerment, and five arrest warrants. Martinez is being held in lieu of $305,000 bail.