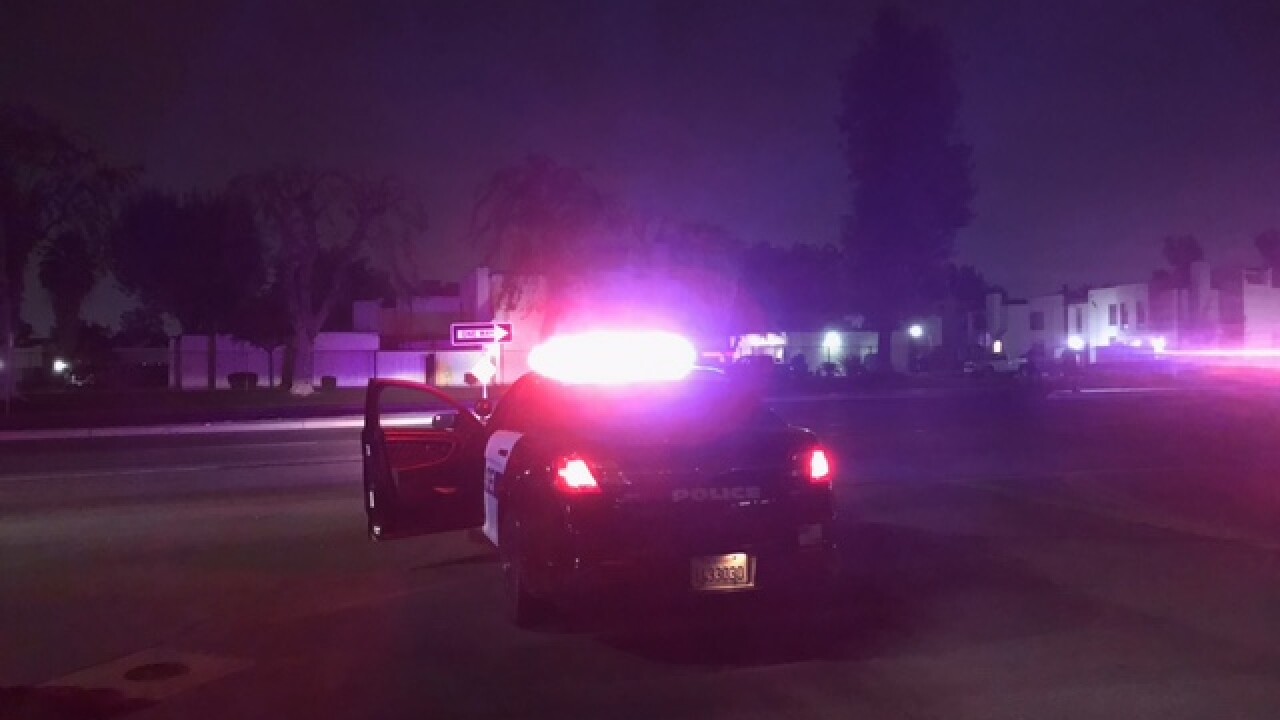 A crash on Ming Avenue Friday evening shut down all lanes between Valhalla and New Stine Rd.

BAKERSFIELD, Calif. — UPDATE: The Kern County Sheriff's Office has identified the woman who was struck and killed on November 20th as 39-year-old Jaimie Lynn Singleton. According to the KCSO, Singleton was struck by a vehicle on Ming Avenue west of Canter Way in Bakersfield. She was declared deceased at the scene from her injuries.

One person has died after a vehicle vs pedestrian crash on Ming Ave just before 7:30 p.m. Friday.

The Bakersfield Police Department says the vehicle hit the adult female while she was in the roadway. The collision happened between New Stine Road and Valhalla Drive on Ming. The victim was pronounced dead at the scene.

Police say the driver was cooperative, and there is no indication that drugs or alcohol were factors in the crash.

No one else was injured in the incident. The investigation into the crash is ongoing.