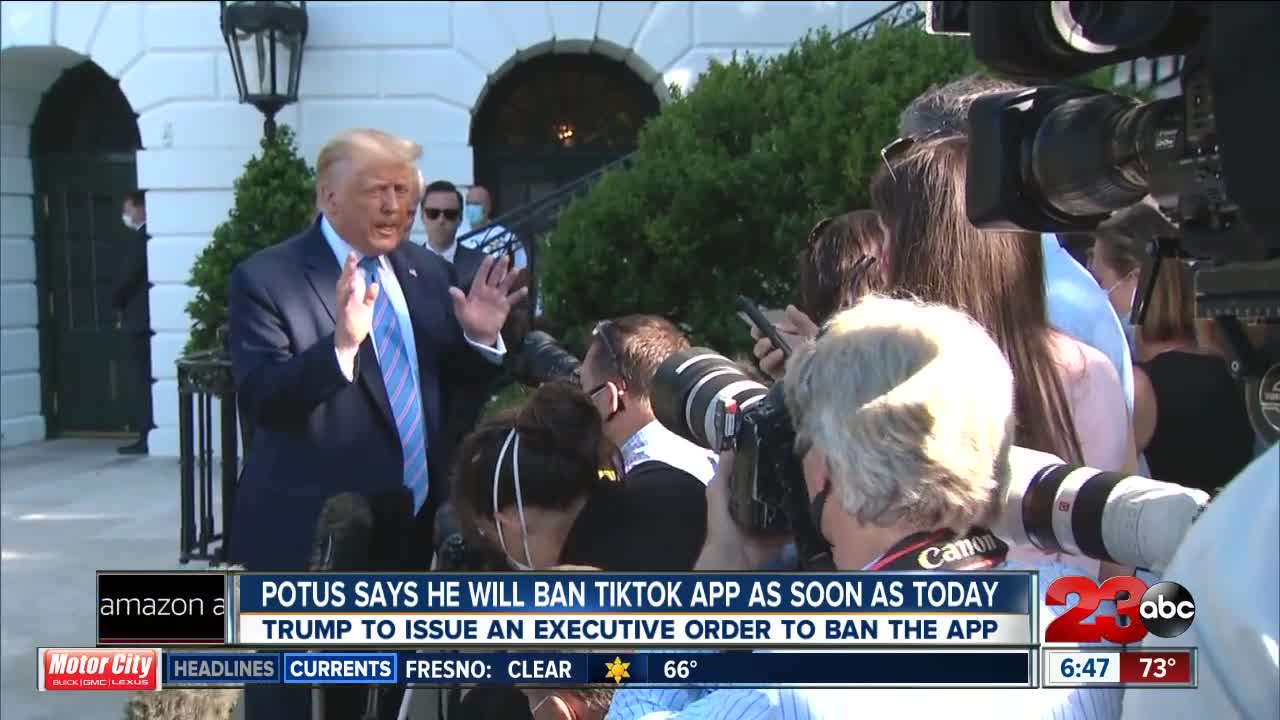 BAKERSFIELD, Calif. — Time may be up for Tik-Tok. That is because Friday night President Donald Trump said he will ban the controversial video sharing app as early as Saturday.

The president has spoken against Tik-Tok in the past, citing security concerns because it is owned by a Chinese company.​

The committee on foreign investment in the United States has already ordered Tik-Tok's parent company to sell the app. Microsoft is reportedly a potential buyer.​

Trump says that won't happen. He plans to either use emergency economic powers, or issue an executive order to ban the app.​

Technology experts disagree on the potential dangers of Tik-Tok. Many believe the Chinese government could pull data on U.S users from the app. Others think Trump is using it as a pawn to appear tough on China.​