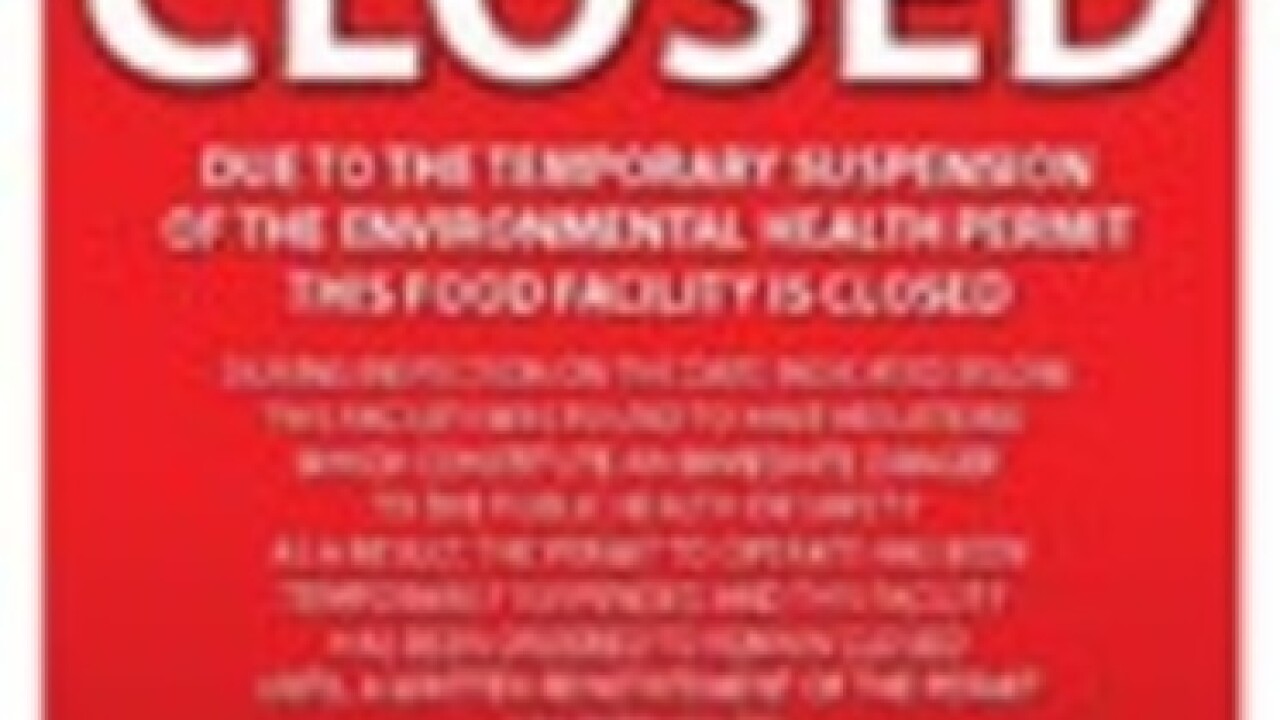 Two south Bakersfield liquor stores have been closed after a multi-agency raid, according to Kern County Public Health.

Public Health says violations included a lack of hand soap and paper towels in the restroom, observed chemicals stored near food and food equipment, and a "great amount" of dead cockroaches under food equipment.

According to Public Health, violations included the facility is operating without a valid health permit, facility failed to demonstrate the basic knowledge of food safety principles, observed a fryer set up in a restroom, and improper storage of chicken strips, corn dogs, chicken wings, and potato wedges.