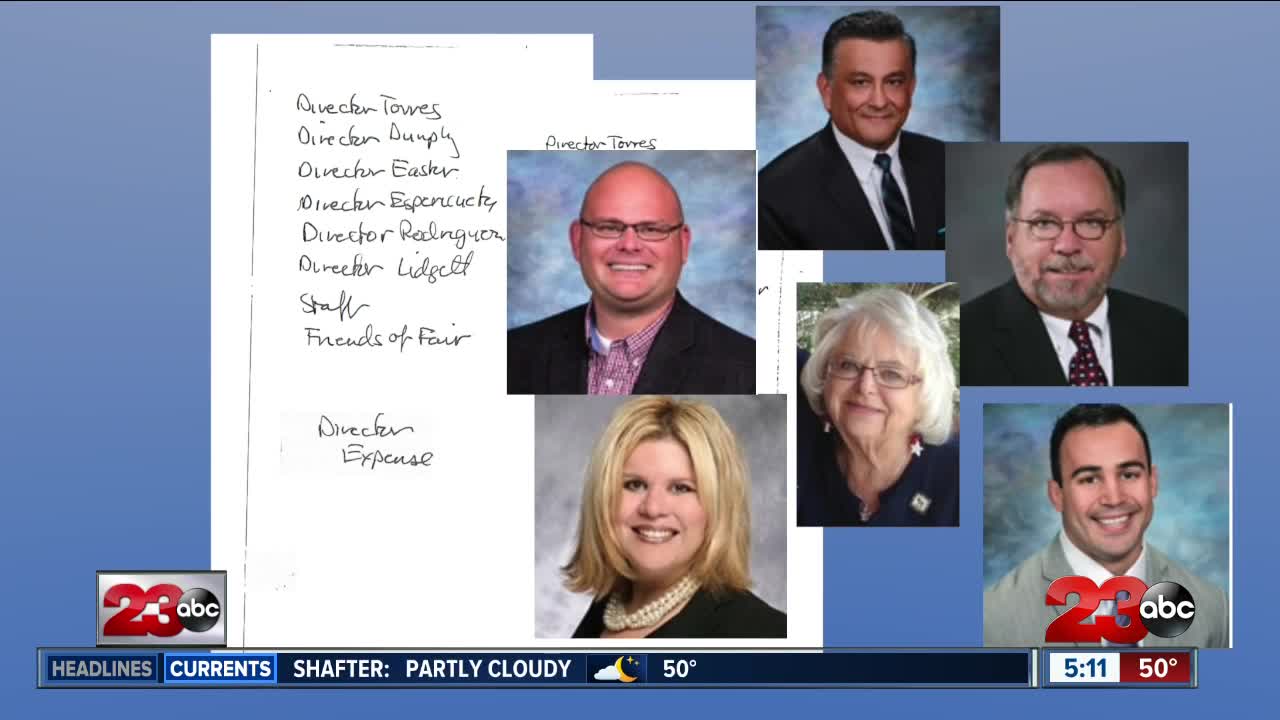 BAKERSFIELD, Calif. — Receipts have revealed new information about the state audit released in August that alleged the gross mismanagement of funds by an unnamed county fair organization.

Since the audit was released, there has been little confirmation that it was about the Kern County Fair but 23ABC obtained Las Vegas restaurant receipts dated November of 2017 that were signed by Kern County Fair President and CEO Mike Olcott.

The receipts dates and totals match the exact amounts detailed in the audit. The audit showed the state used those receipts to pinpoint what they called the quote "gross mismanagement of state resources" by an unnamed county fair.

One of the receipts, the 23ABC I-Team obtained is from November 26th, 2017 for dinner at Carmines at Caesar's Palace. Kern County Fair officials racked up a bill totaling $1,065.72.

On the detailed receipts released in the audit, it shows nearly $400 of that bill was spent on alcohol alone-- including Angry Orchard, wine, and limoncello liquor.

On November 27, 2017, Kern County Fair officials had dinner at Gallaghers Steakhouse. That bill totaled $2,400 with more than $600 spent on alcohol which included wine, Crown Royal, Vodka and Baileys.

On the back of the receipts obtained by 23ABC, Director Torres, Director Dunphy, Director Easter, Director Espericueta, Director Rodriguez, Director Lidgett, staff, and Friends of Fair were named.

In the audit by the state, it says the staff did not follow purchasing procedures and the association could have prevented many of these purchases if it had adequately reviewed its purchasing records and established an appropriate segregation of duties.

The Kern County District Attorney's Office confirmed with 23ABC on Wednesday that there is an ongoing investigation into the audit.

We reached out to Mike Olcott on Wednesday for comment about the receipts but have not heard back.

You can view the full audit below: