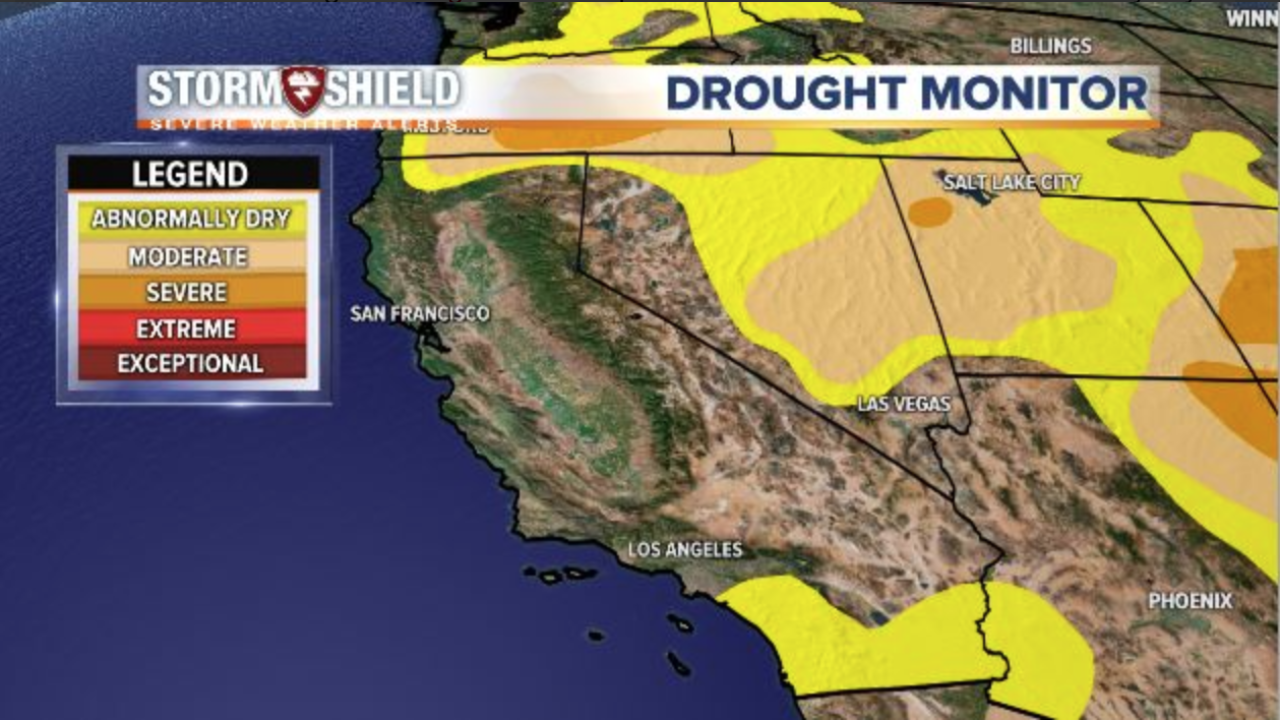 Kern County is officially out of a drought thanks to recent rainfall.

According to 23ABC's Chief Meteorologist Elaina Rusk, this morning's Drought Monitor Report cleared our last areas of "Abnormally Dry" drought ranking from the region. The change comes thanks to above average rainfall the past two months.

Thanks to the last two months bringing above average rainfall to Kern County, this morning's #DroughtMonitor report cleared our last areas of "Abnormally Dry" drought ranking from the region. Some areas of the state remain in drought status #CAwx pic.twitter.com/VlyXm47r2q

While Kern County can celebrate, some areas of the state still remain in drought status.