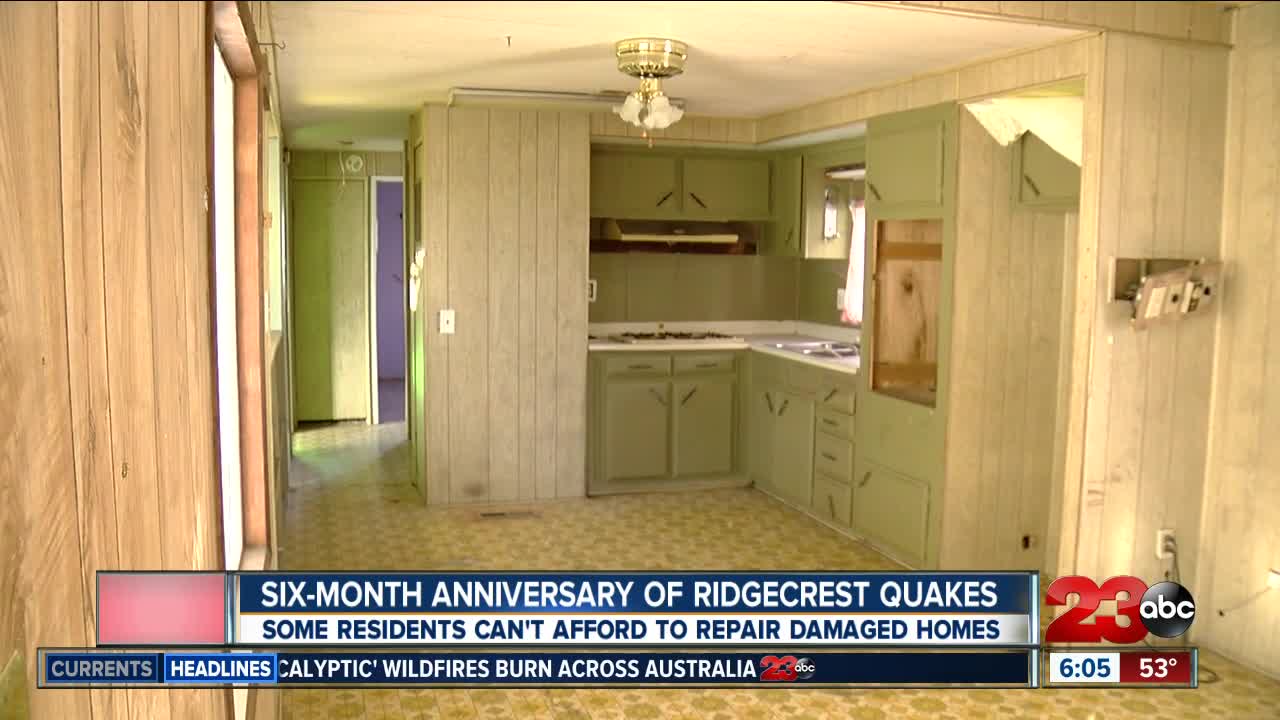 25-year-old Cristal Hernandez is a single mother of three who still doesn't have a home six months after the double quakes rocked Ridgecrest. 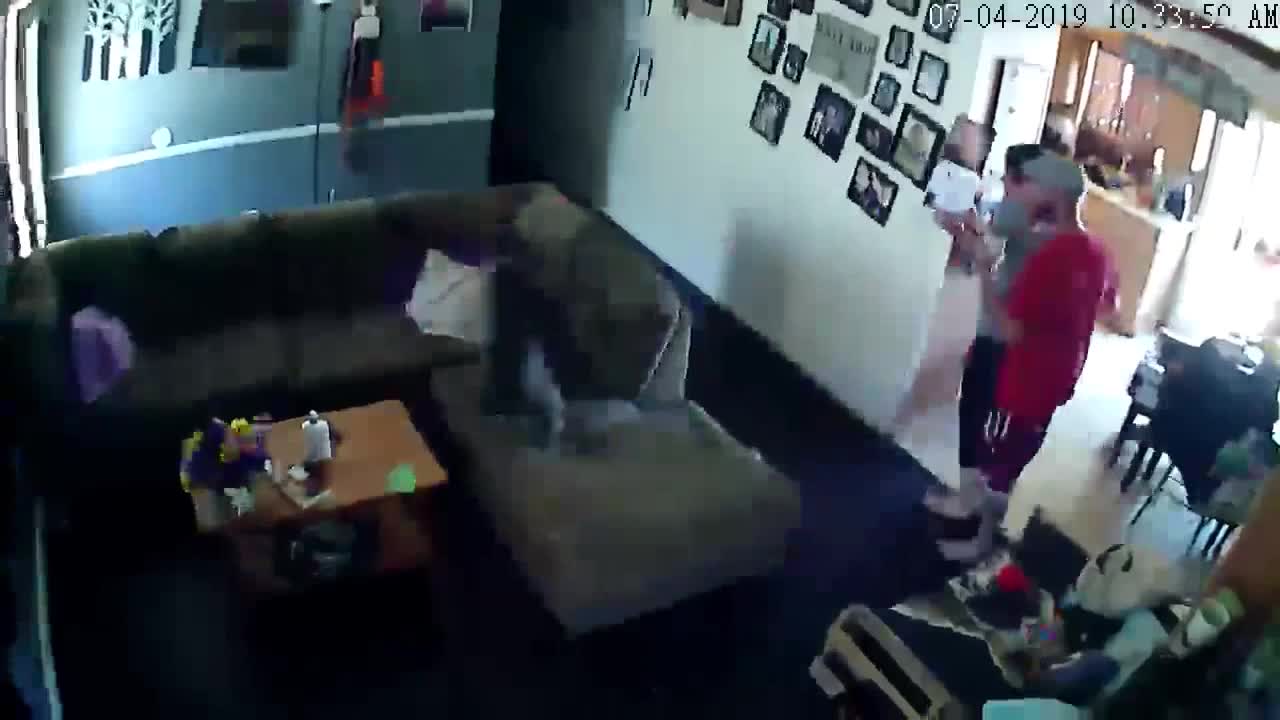 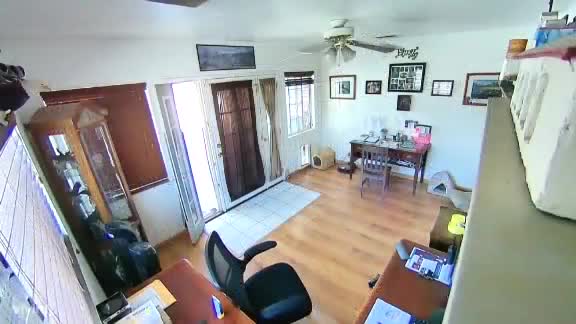 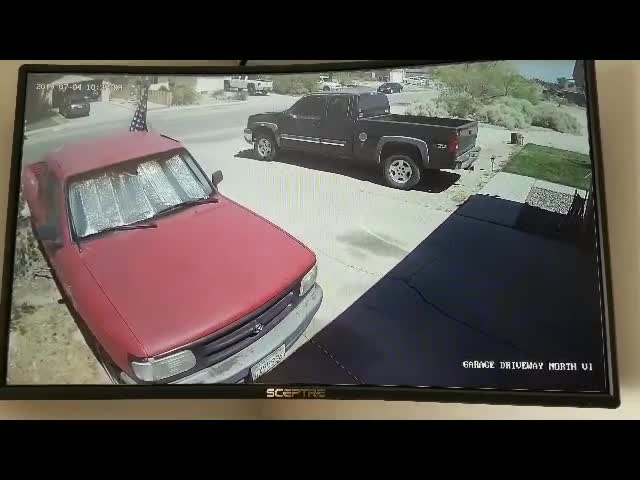 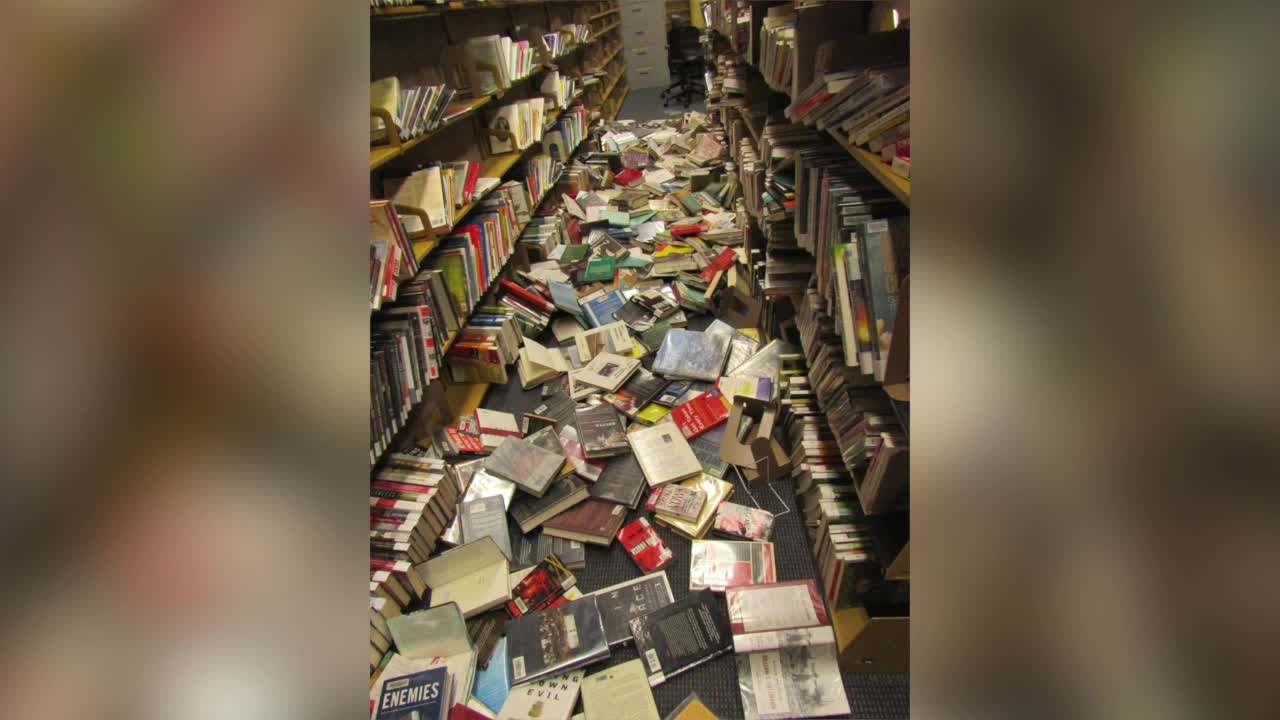 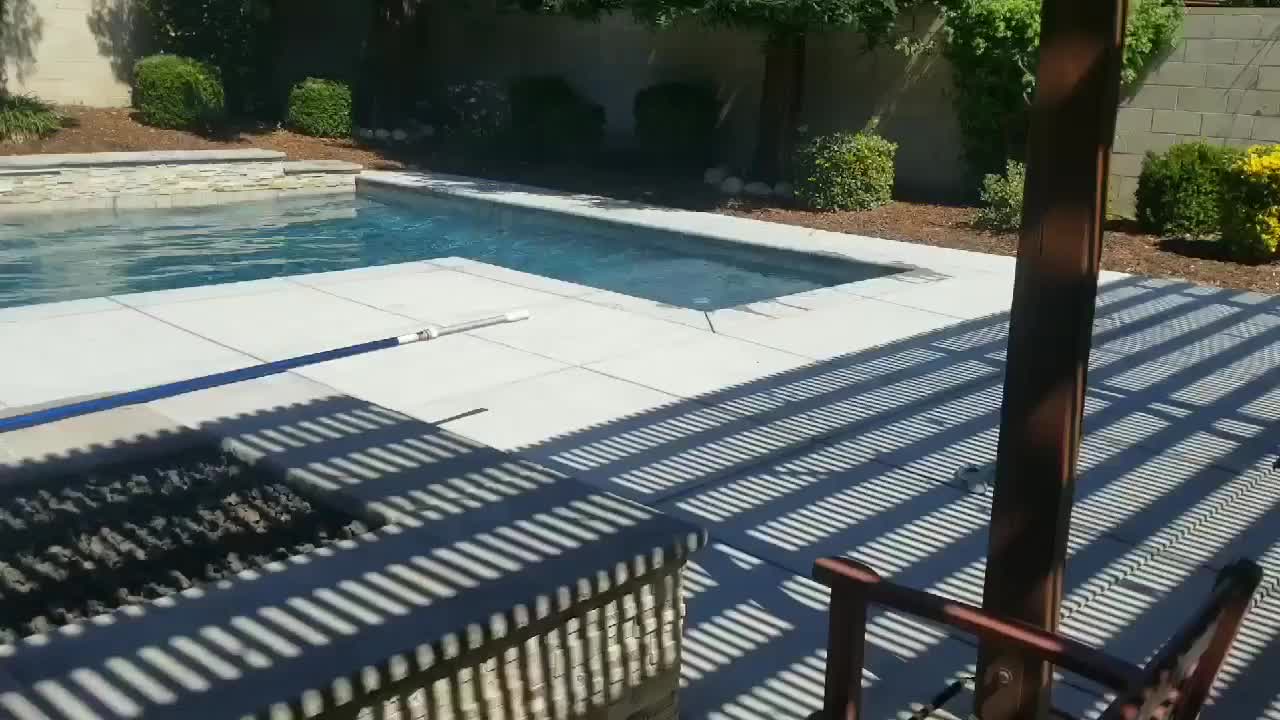 RIDGECREST, Calif. — Saturday marks 6 months since the initial Fourth of July earthquake rocked Ridgecrest. Little did everyone know an even stronger 7.1 quake would strike the next day. Months later people are still picking up the pieces of their lives following mother nature's powerful force on the small desert community.

It has been sixth months since the quakes but in communities some communities it seems as no time has passed by at all. Many of the homes remain unlivable and the pain is still very fresh.

Just driving through you see the small community of the Ridgecrest tucked away in the Mojave Desert standing strong after enduring two powerful back-to-back earthquakes sixth months ago. It's deceiving at first glance. If you look closer homes are still damaged and lives uprooted.

"I don't think a lot of people know many of us still don't have our homes," explained Ridgecrest resident and mother of three Cristal Hernandez. "I wanted it to be a dream. I wanted to wake up and everything be okay. But it wasn't."

Some families' futures are still uncertain.

"I don't know when it is going to be the time to go home and it is hard because I don't want to lose that place, I dont," continued Hernandez. "But I feel like I am going to lose it."

Hernandez's mobile home was knocked off its foundation and red-tagged following the quakes just two months after she moved in. The single mother of three who is temporarily living with her brother as her home remains unsafe to live in.

"Losing it is horrible because now, not only did I put my heart and soul into it, now it is just a memory because I can't afford to fix it."

Hernandez who didn't have earthquake insurance says it would cost $8,000 to repair her home. Money she simply doesn't have.

And that appears to be the case for many others in mobile home parks hit hard by the quakes. Some still without a home or forced to walk away due to repair costs.

"There are just certain parts of the town in which you see all of this. And this happens to be one of them."

Kenneth Echeberry is with the Ridgecrest Lions Club, one of the many local organizations stepping up to help people get back on their feet.

"That need has gone anywhere from providing food and rental assistance, to motel rooms and lifting homes like this one."

That responsibility is falling on the backs of community members and local groups after Ridgecrest was denied federal financial assistance.

"FEMA's criteria for the amount of financial damage that is done wasn't exceeded," explained Echeberry.

Considering the strength of the quakes the city held up.

Ridgecrest Mayor Peggy Breeden said that's because a majority of Ridgecrest is up to current earthquake standards.

"If it would have been elsewhere we would have had major damage," said Breeden.

Yet residents like Hernandez are dealing with major damage to the place they call home, forced to pay out of pocket even with some financial help from the Lions Club. Hernandez, like many others, is putting on a brave face in the midst of adversity.

"The only reason I hold everything back is because of my kids, because I don't want them to see or think that something is going to happen again. I want to be strong for them."

Refusing to give up and keeping the faith for a better tomorrow.

"it is not going to be easy, because we have to start from zero again. But it is going to be worth it."

This Sunday, 23ABC will be airing a special report looking back on the earthquakes that rocked Ridgecrest and Trona. We will talk with residents from both towns, hear from seismology experts and talk to Bakersfield officials to see if the city is prepared if an earthquake hits here. The special report will air Sunday, January 5th starting at 6 p.m.