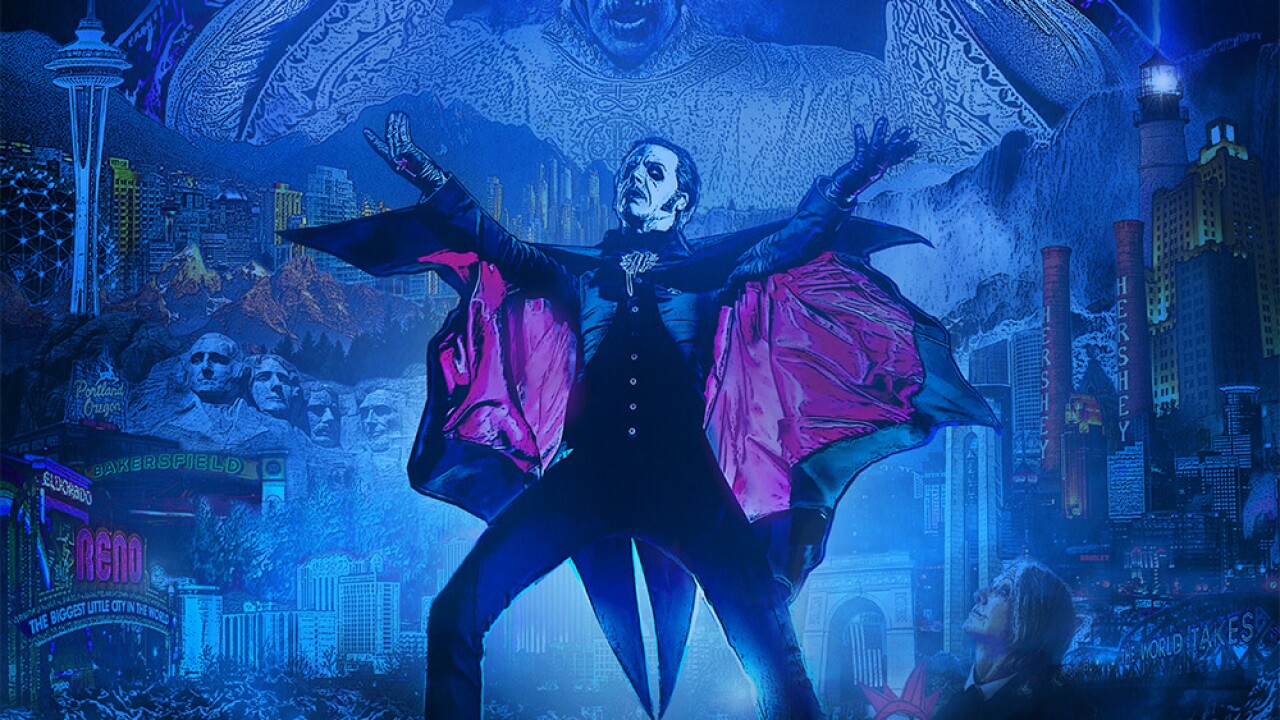 BAKERSFIELD, Calif. — Ghost will bring their "Ultimate Tour Named Death" to the Rabobank Arena this fall!

On the heels of their single "Dance Macabre" the Grammy award-winning rock band announced that they will kick off the six-week North American leg in Bakersfield on Friday, September 13.