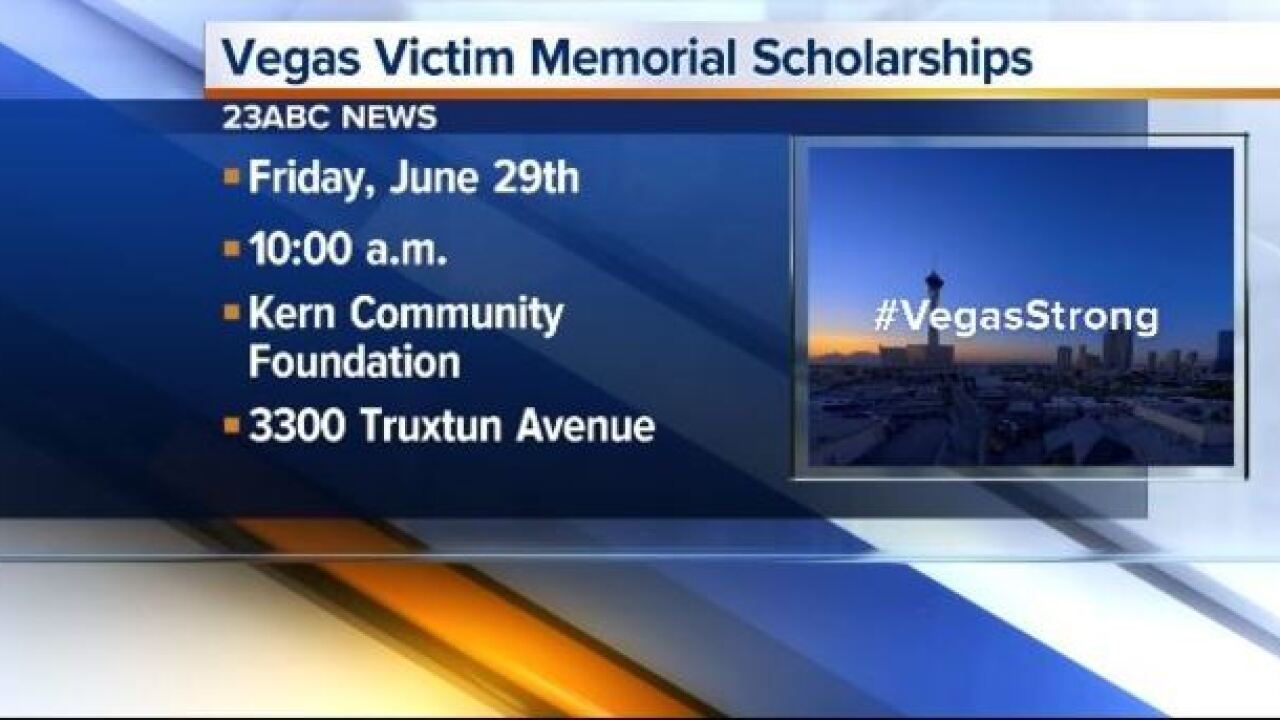 Copyright 2018 Scripps Media, Inc. All rights reserved. This material may not be published, broadcast, rewritten, or redistributed.
Dattage, Monica

The Kern Community Foundation is keeping the memories of those lost at the Route 91 Music Festival shooting alive by creating a memorial scholarship in their name.

Last October, more than 50 individuals lost their lives when a gunman opened fire on the crowd. Of those killed, several were from right here in Kern County.

Shortly after the shooting, the community came together in Downtown Bakersfield for the "Day of Remembrance" fundraiser to help those affected by the shooting. According to the foundation, a total of $46,200 were raised through sales of food and generous donations from community members.

Now that some of that money is being used to provide scholarships to local students as they leave high school and enter college. The scholarships will be given in the name of two individuals who lost their lives.

The Schweitzer family will offer a scholarship to Centennial High School graduates in honor of their daughter Bailey who graduated from the school. In addition, The Meadows family will create a scholarship in honor of their daughter Kelsey, who graduated from and eventually became a substitute teacher at Taft Union High School. That scholarship is available to any Taft Union High student reach their goal of attending college.

The Kern Community Foundation will be presenting the families with checks to fund the scholarships on Friday, June 29. That will take place at 10 a.m. at the Foundation's headquarters located at 3300 Truxtun Avenue.

These scholarships are just the first distributions from the fund, and Kern County residents affected by the shooting are encouraged to contact the foundation if they would like to apply for fund resources. You can visit kernfoundation.org/grants for more information.