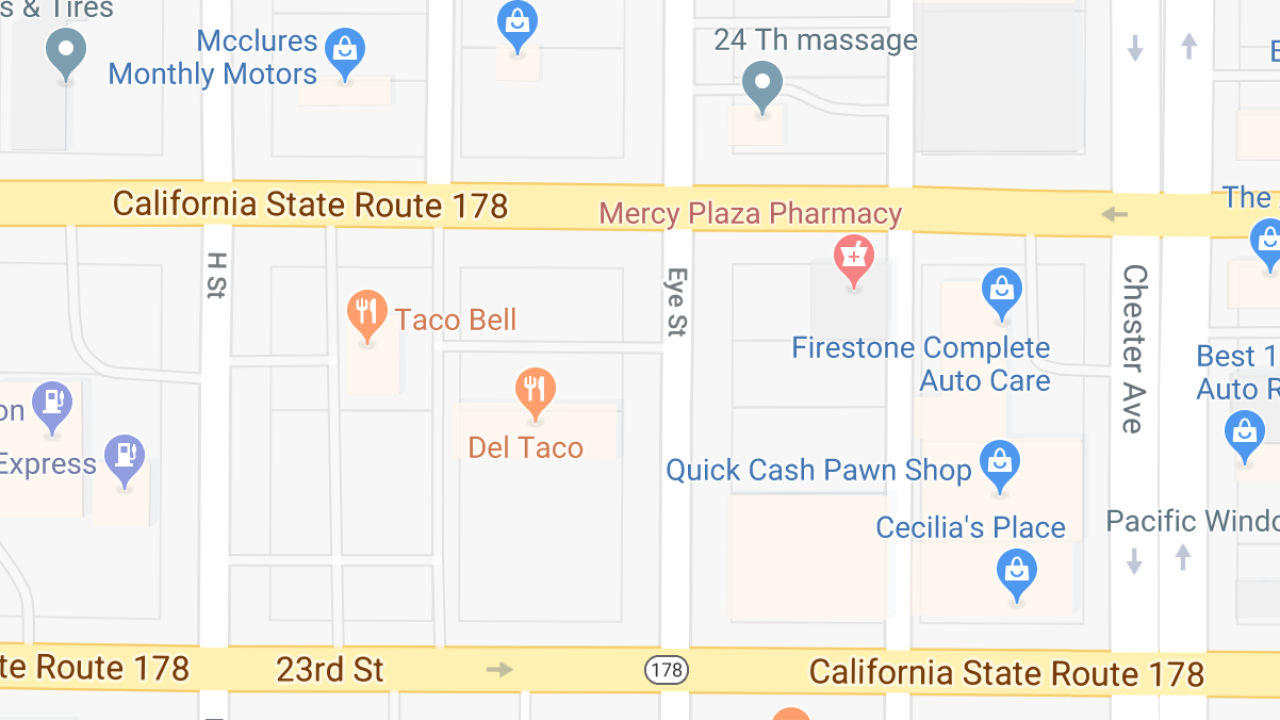 BAKERSFIELD, Calif. — A section of Eye Street in Central Bakersfield is scheduled to be closed next week in order to fix the drainage system underneath the road.

According to Janet Wheeler of the Thomas Roads Improvement Project, Eye Street between 23rd Street and 24th Street is scheduled be closed starting early on Monday, May 4. Wheeler says the section is expected to remain closed for about a week.

Wheeler says that access to and from all streets between Spruce Street and Alder Street on the north side of 24th Street. Wheeler says these closures will remain until mid-May.

According to Wheeler, the contractor is enlarging the drainage basin on the southeast corner of the Oak Street and 24th Street intersection.