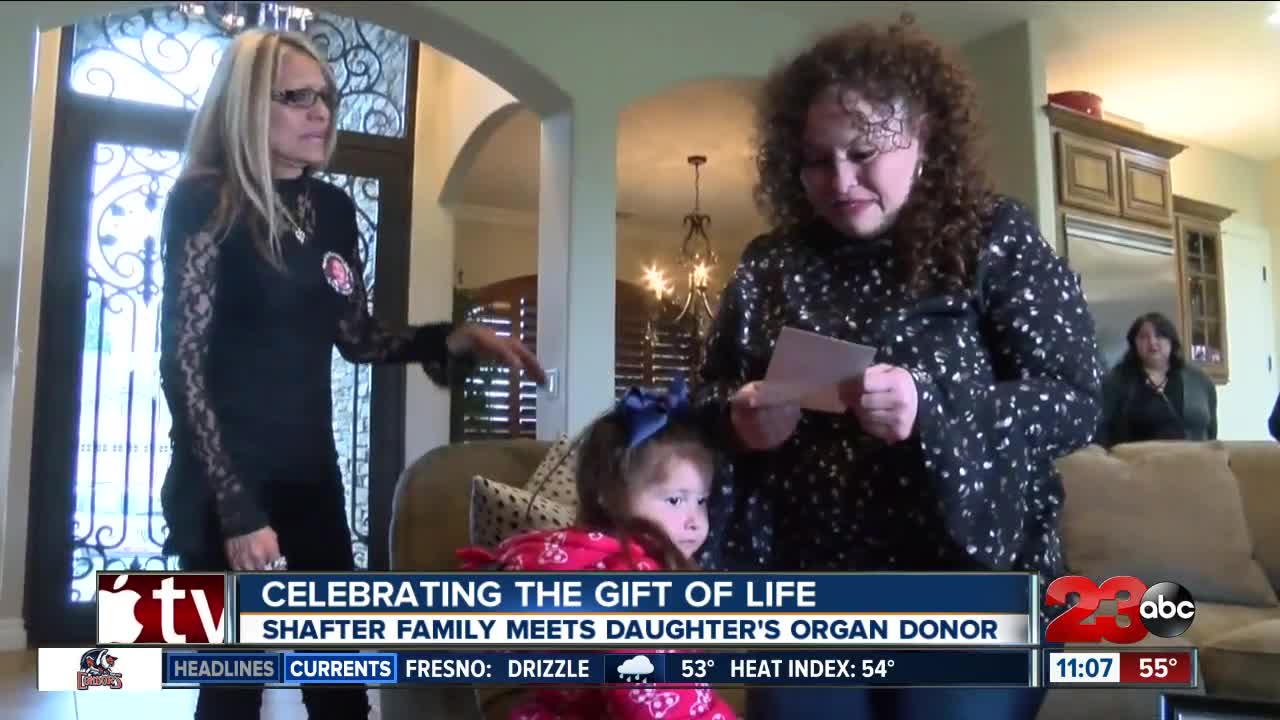 Celebrating the gift of life: a Shafter family meets their daughter's organ donor.

BAKERSFIELD, Calif. — 4-year-old Olivia Morales got a second chance at life three years ago when she received a kidney donation. Today she got to meet the family who gave her that ultimate gift.

“In order for her to move forward someone else had to pass away,” said Olivia’s mother, Gabriela Morales.

When Rudy Necochea died in 2016, his family wasn’t sure how they could go on without him. Necochea died in a car accident and his uncle saw the scene of the crash, quickly realizing that it was him.

“My mom was at the point of giving up just because of Rudy’s death,” said Rudy’s uncle, Gabriel Necochea.

The family ultimately decided to donate the 20-year-old’s organs.

“We lost Rudy already. Let’s just let some people live.” said Sylvia Necochea, Rudy’s grandmother. “He was a wonderful kid. He was athletic, he played basketball, he played football.”

On Friday, the family came face-to-face with the life Rudy’s kidney saved.

“I’m just really so grateful to you guys. [Olivia] has really gone through a lot. You’ve don’t even know what a blessing you’ve done for [Olivia].” said Morales.

Olivia went through complications at birth that led to her need for a new kidney. The families hope to raise awareness about the power of donating.

“I think just donating is important. I don’t think people have enough knowledge about it, but it saves lives.” said Morales.

Sylvia Necochea says this meeting will bring peace to their family as Rudy lives on through someone else.

“He’s alive in her. So, that’s going to give me some closure, too.”

And they say it’s what Rudy would have wanted.

The Morales and Necochea families will be honored on Saturday, March 2 at the 2019 JJ’s Legacy Gala Dinner.

JJ’s Legacy is a local foundation that connects donor families and recipient families, named after Jeffrey Johns who passed away in 2009. JJ’s organs saved the lives of five people.