Sheriff's deputy shot in shoulder and wounded at Lancaster station; shooter at large 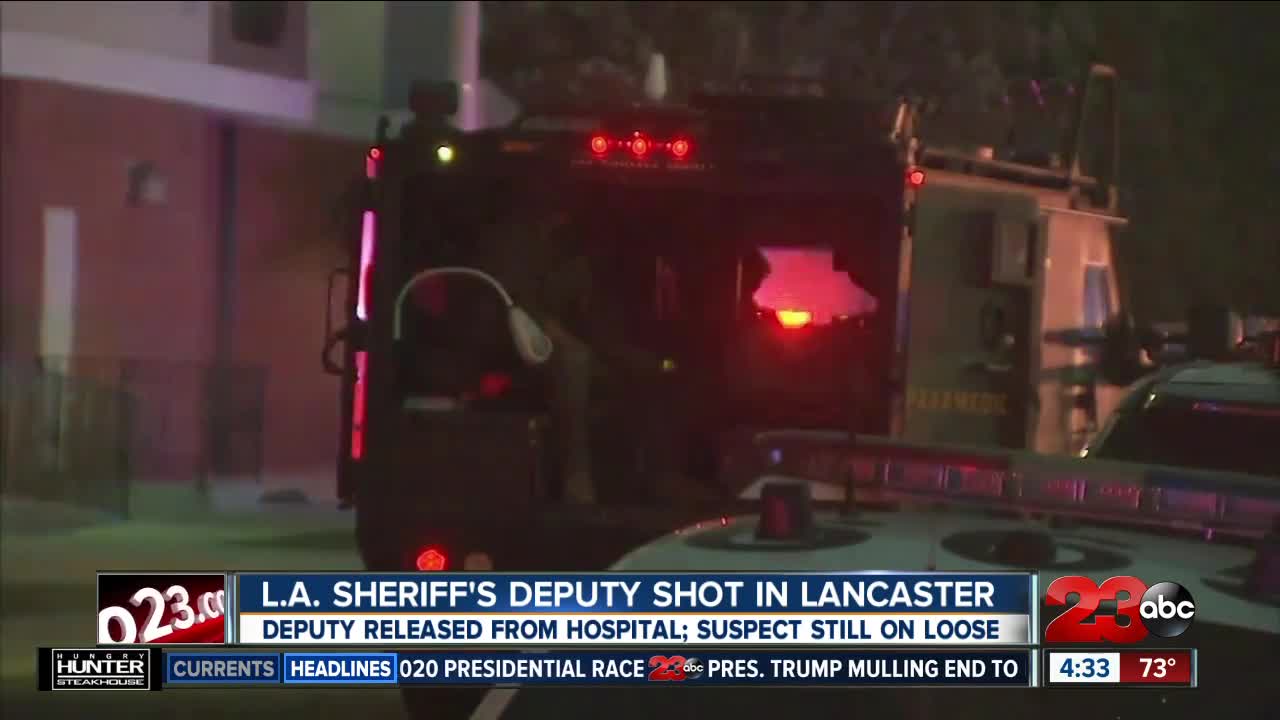 The search continues for the gunman who shot a Los Angeles County Sheriff's deputy in Lancaster.

LANCASTER, Calif. — UPDATE: The search continues for the gunman who shot a Los Angeles County Sheriff's deputy in Lancaster.

According to the LA Sheriff's Department, 21-year-old deputy Angel Reinosa was walking to his car in the employee parking lot when he was shot from a four-story building overlooking the Lancaster station. Deputy Reinosa, who's only been with the force for about a year, was treated and released from a hospital and did not need surgery.

Officials saying his ballistic vest absorbed the brunt of the bullet.

A Los Angeles County sheriff's deputy was shot and wounded in the shoulder after a shooter opened fire on the agency's Lancaster station, authorities said.

The incident occurred about 3 p.m. at the station at 501 West Lancaster Boulevard, a sheriff's spokesperson said, prompting authorities to immediately set up a perimeter.

The injured deputy was conscious and breathing, officials said.