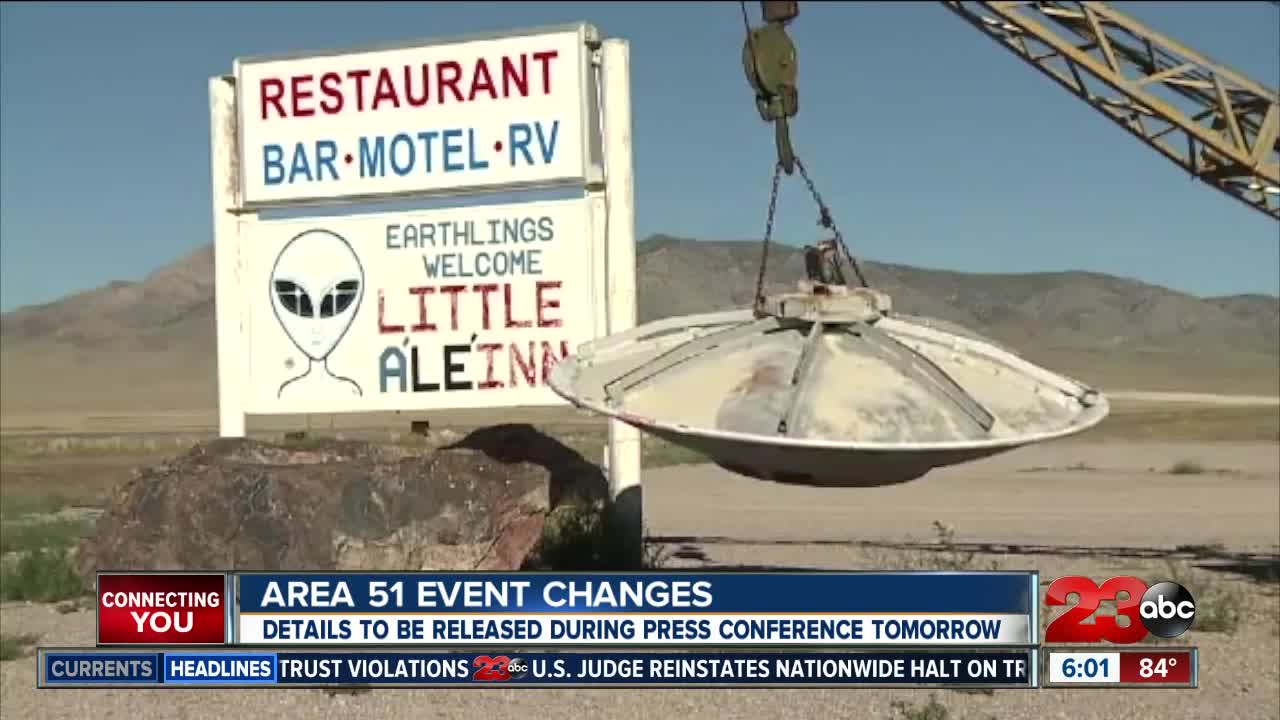 BAKERSFIELD,Calif. — New details are emerging regarding the highly anticipated Area 51 festival, the event that started as a joke now is running into major issues.

Monday we learned new information about the festival that is scheduled to begin next Friday, may have lost its support from its creator Matty Roberts.

"To have it all just fizzle out during the 11th hour just sucks," Roberts said. "I can’t have my name associated with something that could be Fyre Fest 2.0."

Roberts announced he is cutting ties with his partner Connie West in Rachel Nevada, which was to host its alien festival.

Roberts along with one of his other associates Frank DiMaggio says it's due to a lack of transparency of operations and finances.

"There should be facilities for 10,000 people there is not and there is suppose to be water, there is not," said DiMaggio. "They say there is water but if 10,000 people are going to the same drinking fountain it can pose a problem."

According to Connie West, she has a different story and says that she has several contracts slated for the event.

23ABC received documents showing that West has signed a check for $17,000 with Blue Shield security through the Las Vegas Metro Police.

A tearful West says that she will continue to host the event but says she will probably not do this again.

"I didn’t think I would be going at this alone," said West. "Every day is a challenge and I busted my butt to get this done not realizing that the people around you depended on would go away the way the do."

Also West has confirmed 250 first responders will be attending through Lincoln County and the State of Nevada.

"This thing is going to happen and there is nothing I can do to stop it," West said. "The only thing I can do is make sure its the safest and the most incredible party I have ever thrown."

Roberts told 23ABC through messaging that they are in the works with partnering with an already pre-planned Area 51 event at a venue in downtown Las Vegas.

"I care about these people and they are kind of like family because I created this thing," Roberts said. "I don’t feel comfortable at this point in time with the current options and that’s why we are looking at other venues."

DiMaggio says that the festival should have been planned a year in advance and it wasn’t.

"Without bad-mouthing anybody or throwing anyone under the bus I would not do business with this anymore," said DiMaggio. "It needs to go away before this becomes the biggest disaster Southern Nevada has ever seen."

Roberts says that they will be making an official announcement on Tuesday and will be hosting a press conference to share the final plans.