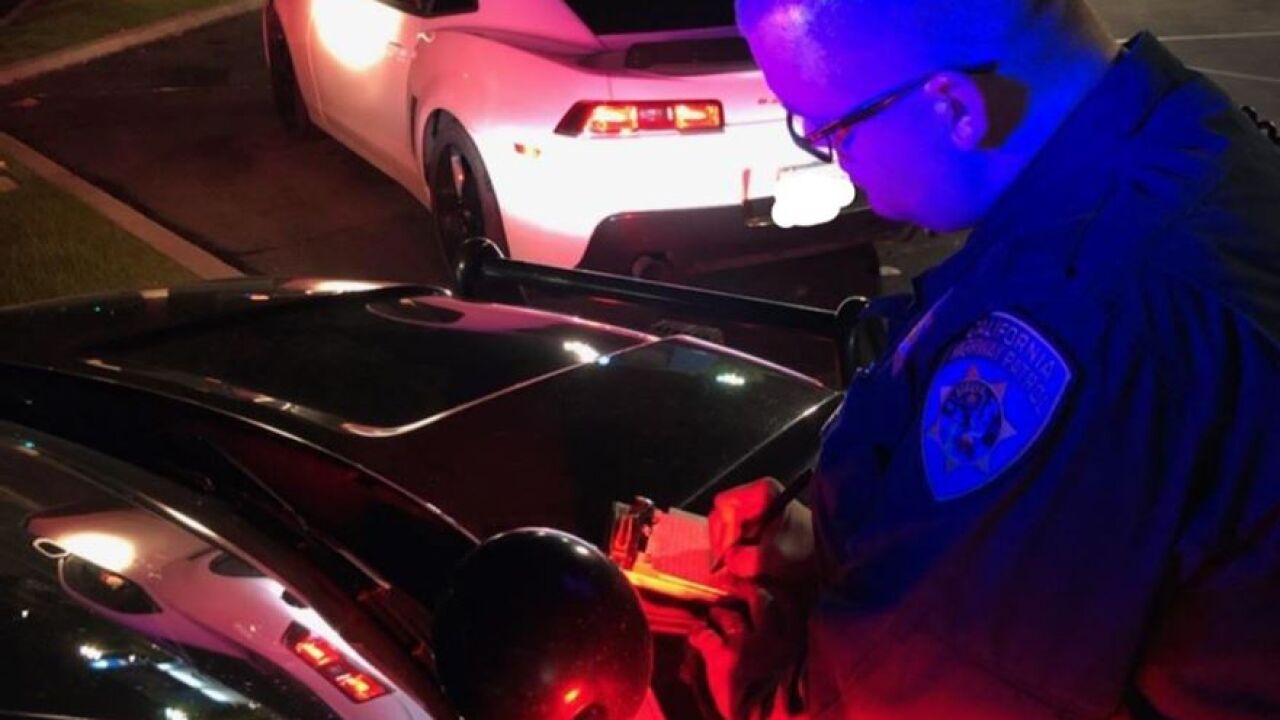 This photo from the Bakersfield California Highway Patrol&#39;s Facebook page shows an officer writing a ticket over the weekend.

For several months, the Bakersfield Police Department has been cracking down on illegal street racing, has a zero-tolerance policy for reckless driving in the city. Now one group from the street racing community is trying to work on the relationship with the police department. 23ABC’s Bayne Froney explains how this group wants to work together with officers to find a way to race and show their cars in a safe and legal way.

Over the past couple of months, the BPD has cited over 190 drivers for violations of various vehicle code sections that are associated with street racing and have sized over 90 vehicles.

“Almost on a nightly basis, we get calls regarding street racing. It creates, for the most part, a quality of life issue so by proxy, we address quality of life issues. That’s under our purview so we are required to go out and respond to those kinds of issues,” explained Sgt Robert Pair of the Bakersfield Police Department

Now, one group of street racers wants the BPD to know that not all street racers are bad, and they too don’t condone the street racing activities happening on the Bakersfield streets.

Verduzco is part of a group called the Brotherhood of Street Racing, an organization that started in the 1960s in Los Angeles to bring together different groups of men and women through street racing. But according to police, they've seen an increase of takeovers and sideshows, where people and cars block intersections to race or spin out, being a danger to the Bakersfield community.

Verduzco believes that this is not how street racing should be done and wants law enforcement to know that they support their effort to stop other street racing communities from doing this.

“There is no reason for people to come and take over the middle of the streets and harass the community with all of the nonsense they have to do with that. We are just trying to show our support and give back to them and let them know that we are out here to support you and we give you a thumbs up for what you guys are doing,” said Verduzco.

On Wednesday Verduzco along with family and friends donated energy drinks, Gatorade, and water to BPD to show their support and to hopefully create a line of communication so that in the future they can work together to find a safe and legal way to enjoy showing their cars and racing.

“Just to show them that not all street racers are out there to harass them or disrupt the community We’re actually out there to back them up and to support what they are out there doing. We’re not going to be out there throwing bottles at them, disrespecting them.”

“You know whether it’s people that are out there just showing off their vehicles or they are actually out there driving recklessly, at the end of the day, safety is our number one priority for various community groups, such as the ones that were here today," said Kelsey Brackett, community relations specialist for the BPD. "So I think that having those lines of communication open are very beneficial for us, for them.”

The Safe Neighborhoods and Community Relations Committee is having a meeting Thursday where Chief of Police Craig Terry will provide an update on street racing enforcement.