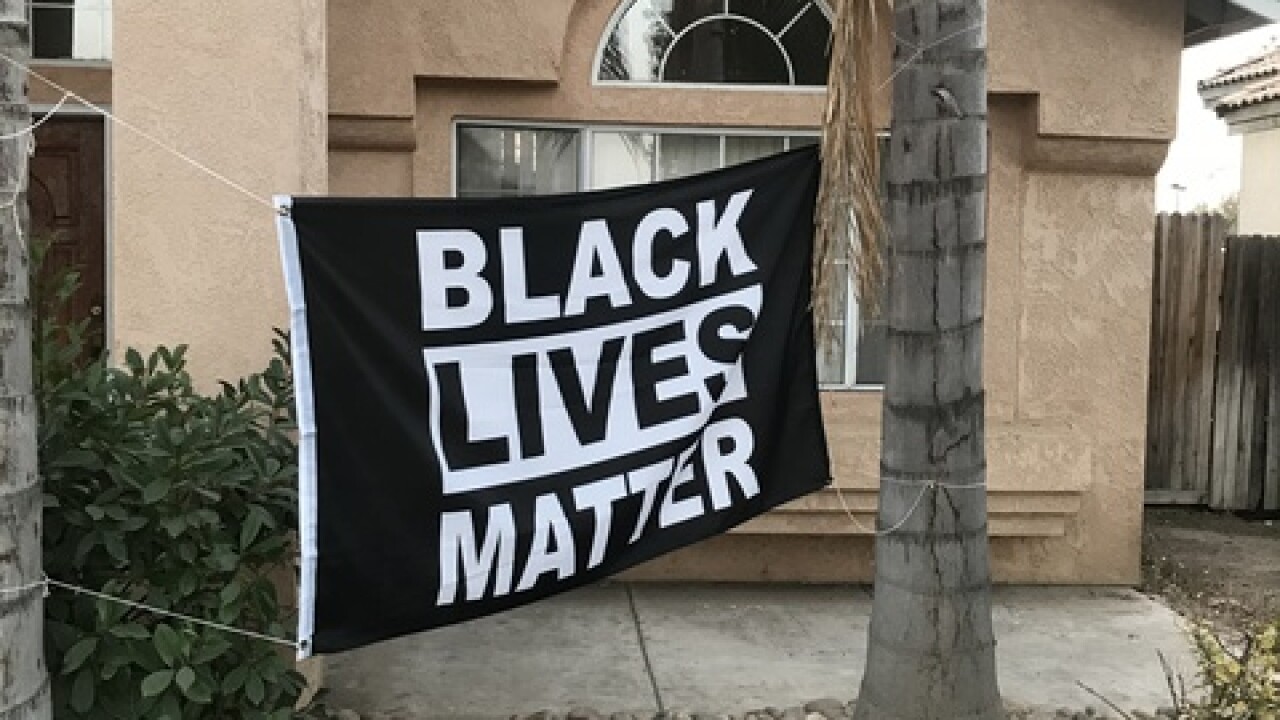 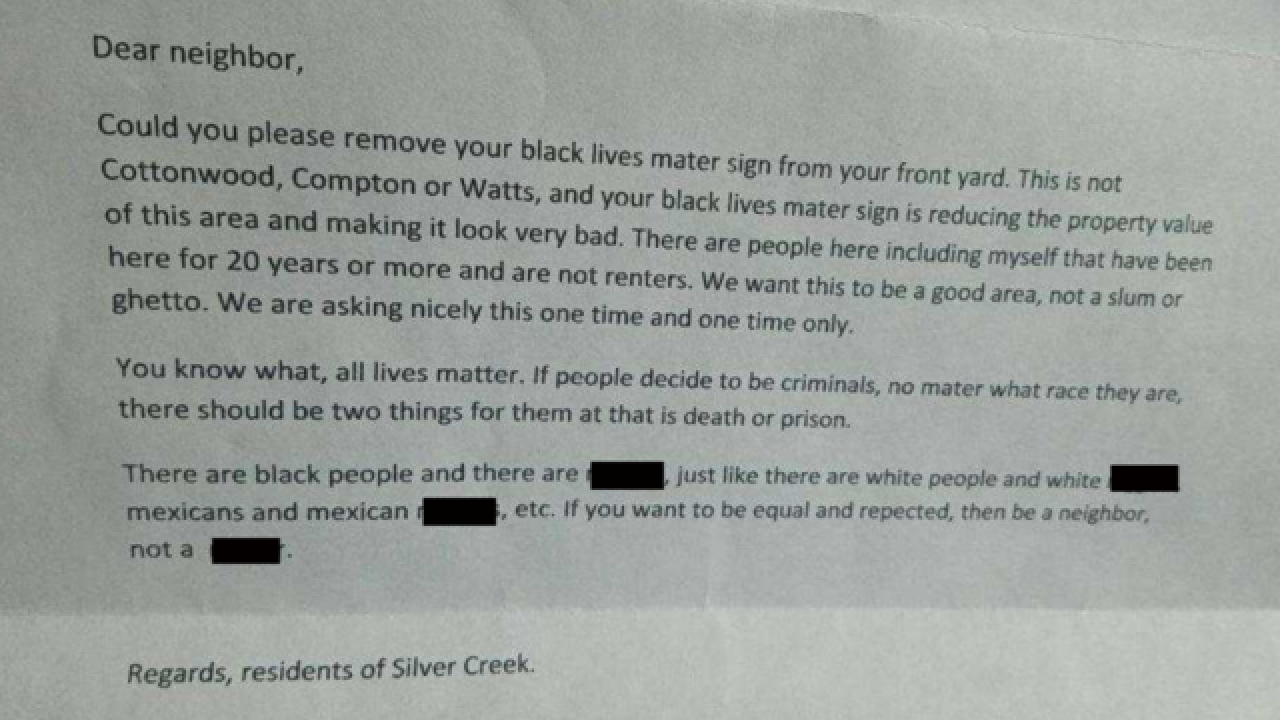 A Southwest Bakersfield resident says she was offended after receiving a hate letter in the mail, after she put a "Black Lives Matter" sign in her front yard.

Latoya Johnson told 23ABC she was going to pray for whoever sent this letter to her home.

The note was in regards to the "Black Lives Matter" sign Johnson has in her front yard.

The letter was allegedly written by one of her neighbors who did not identify themselves.

The person who wrote it says the sign is causing "their property value to go down." The sender is requesting that Johnson take the sign down.

The writer also refers to Johnson as a N-word.

As a homeowner in the neighborhood for two years, Johnson says she was hurt to know someone could send such a letter.

Johnson says she is not taking the sign down.