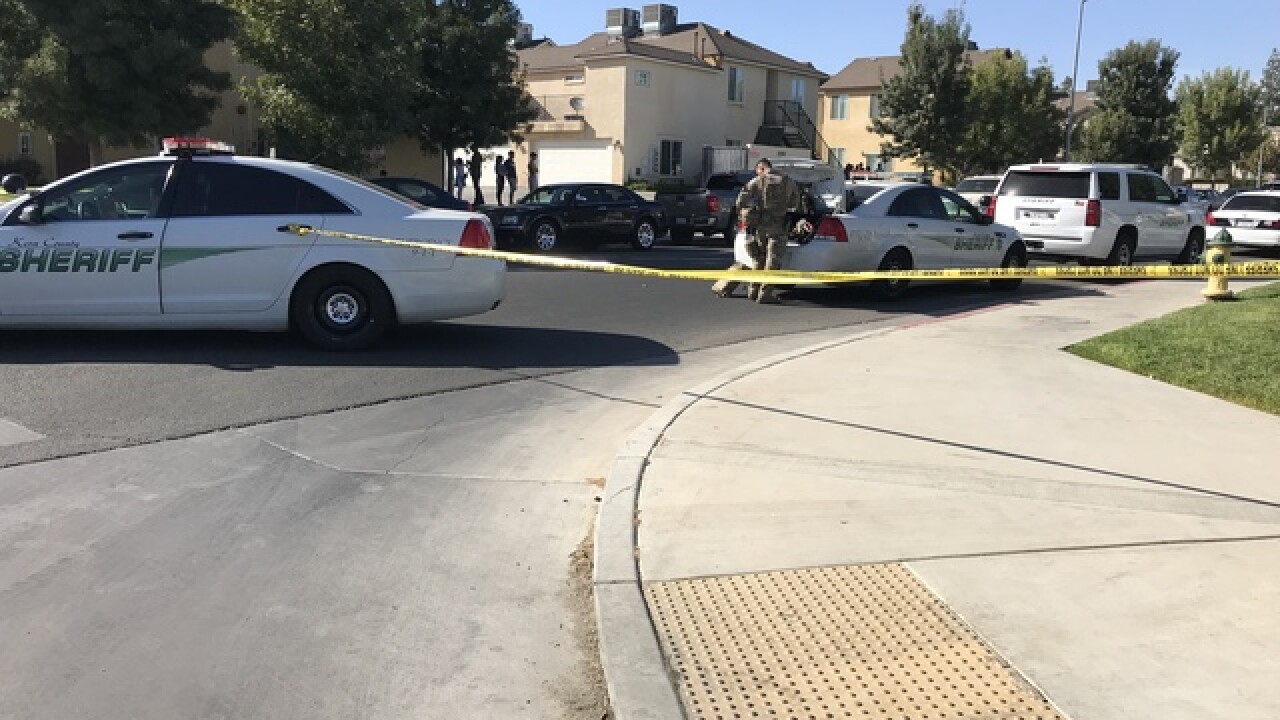 According to KCSO, the suspect surrendered without incident. He has been identified as 20-year-old Hiram Salcedo, and he has been booked for armed robbery. KCSO also said he wa on CDC parole.

The Kern County Sheriff's Office SWAT team is on scene after a robbery suspect fled to an apartment complex in East Bakersfield on Sunday.

According to KCSO, a recycling center on Fairfax Road was robbed at gunpoint at about 1:20 p.m. Witnesses reportedly followed the suspect to the Eucalyptus Village apartment complex near Fairfax Road and Eucalyptus Drive.

KCSO is currently on scene, as is their SWAT team, as family is in contact attempting to get the suspect to surrender. A gun was recovered, but KCSO says it turned out to be a BB gun.

This story is developing and we have a crew on scene, check back for updates.