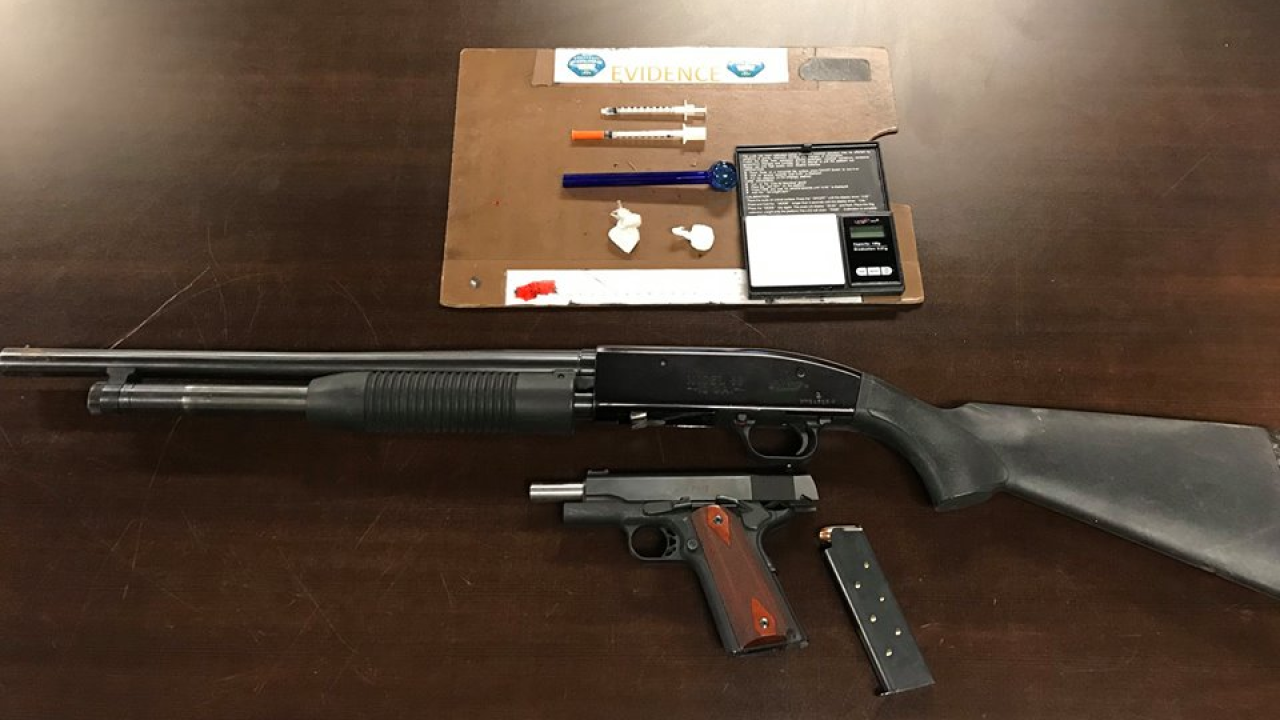 TEHACHAPI, Calif. — On Wednesday, January 2 at approximately 7 p.m., officers with the Tehachapi Police observed a suspicious vehicle parked behind a vacant building near 400 Steuber Road.

According to police, they contacted the passenger, 30-year-old Zachary Mulligan and found that he was on active probation for narcotics.

Officers then conducted a search and located a .45 caliber handgun, approximately 5 grams of suspected methamphetamine, scales, drug paraphernalia and a switchblade knife in his backpack.

Officers also located a 12 gauge shotgun, additional handgun magazines and ammunition in the vehicle, all of which were prohibited as records showed Mulligan is a previously convicted felon.