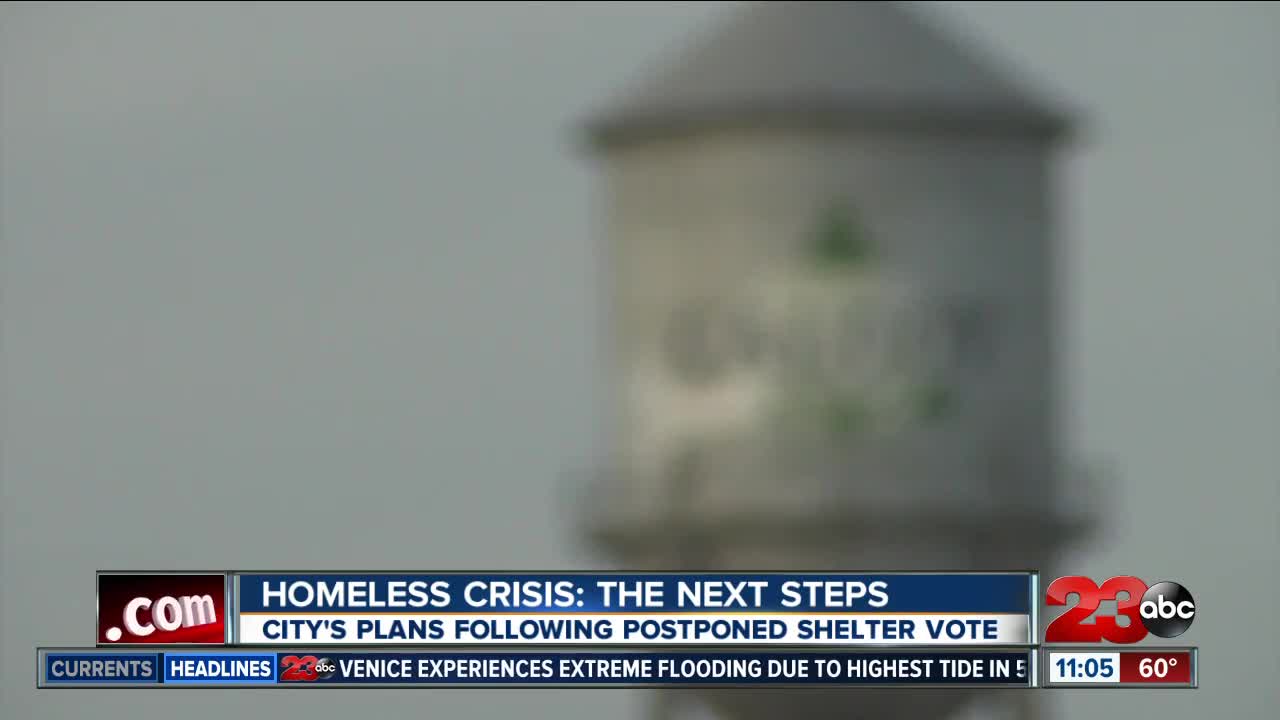 BAKERSFIELD, Calif. — Bakersfield city officials continue to work towards efforts in addressing homelessness and the construction of a new emergency shelter. On Wednesday, city councilmembers unanimously voted to delay the purchase of Calcot LTD located at 1900 E Brundage Avenue.

The vote followed close to 30 speakers mostly from southeast neighborhoods expressing their concerns of safety as well as the potential size of the facility. Now the city will have until January 22, 2020 to perform a cost benefit analysis of the Calcot location as well as an undisclosed location (due to California State property laws) and engage community stakeholders before the city will vote on a location.

City officials are taking what they call a 3-Point approach in addressing the homelessness:

The City identified the Calcot Office Complex as a location based on several criteria including:
1. Suitable location based on the site being buffered from sensitive users and business and is zoned for M-2.
2. Sufficient Space based on the conceptual layout which allows up to 450-emergency beds, constructed in 2 to 3 phases. The initial phase would be between 100 and 150 beds with the potential for growth if needed.
3. Future Police Substation based in the geographic location and balance between the downtown station and westside substation.
4. Adjacent 10-acres which allows for permanent affordable housing, development of a city corporation yard and re-sale of property to a private developer for possible economic development.
Southeast residents were frustrated at the city's abrupt announcement of the Wednesday vote and location. That frustration was shared by Councilmember WIllie Rivera who represents Ward 1 and the location of the Calcot property. Rivera says the community has many challenges and the idea of dropping a homeless shelter into the middle of it, isn't a good one.

"We have a homelessness crisis in our community. The existing emergency shelters are at capacity. We need more shelter beds and we need them now. I am disappointed we are not moving forward with the Calcot location, but I support community outreach and dialogue. Eventually, though, we will have to bite the bullet and decide on a location."

“The approval of the process was brought to the council too soon, before the details of the facility could be explained, and before an outreach had been conducted with the community to hear their concerns. This particular facility has many excellent attributes and I believe most of the community’s concerns can be addressed with time for dialogue. The project is not dead but we need time to listen, learn, and modify so that we can do this the right way. I hope most of this can be accomplished before our scheduled January hearing. “