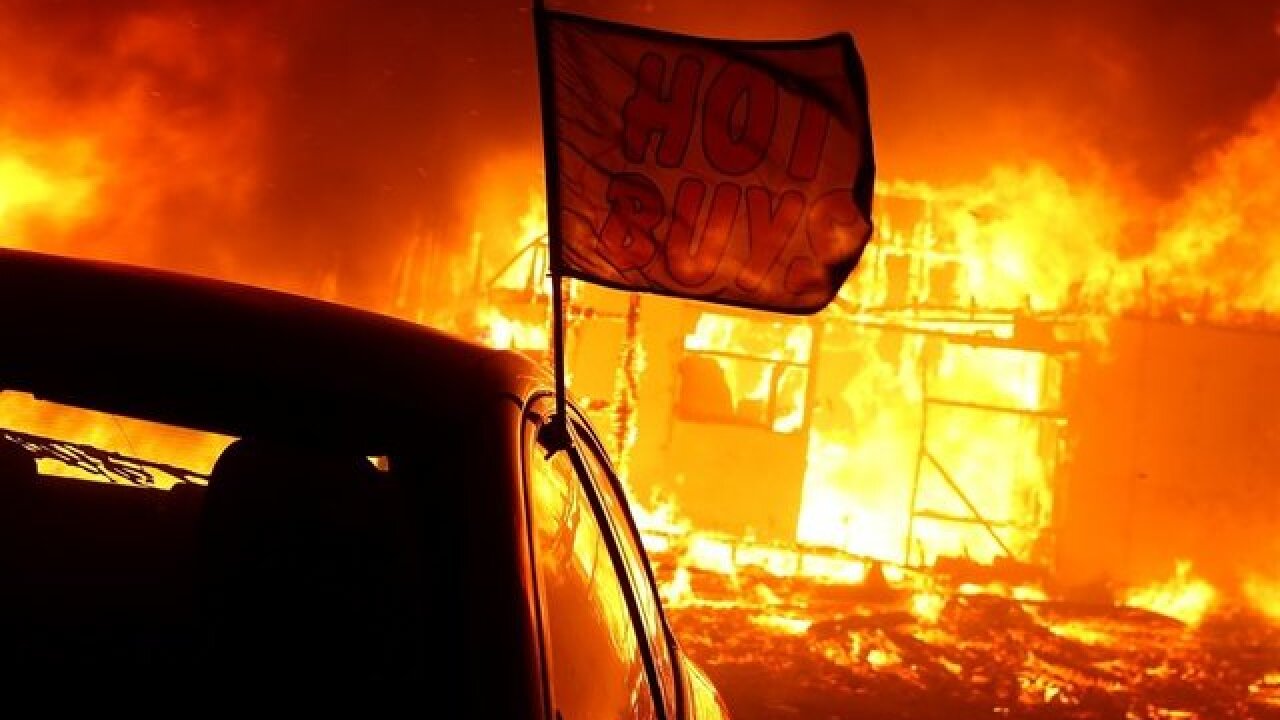 Authorities say nine people have been confirmed dead in a Northern California wildfire.

Butte County Sheriff Korey Honea said Friday that some people were found inside their cars and others were found outside vehicles. He says he doesn't have all the details on the circumstances of the deaths.

Authorities say the fire burning around the town of Paradise has become the state's most destructive since record-keeping began.

A sheriff's spokeswoman has confirmed a sixth death in a Northern California wildfire that has forced tens of thousands of people to evacuate.

Butte County Sheriff's Office spokeswoman Megan McMann said Friday she did not have details on the circumstances of the death.

Sheriff's officials said earlier that five people were found dead in vehicles that were torched by flames in the same area in the town of Paradise.

They said the five could not immediately be identified because of the burns they suffered.