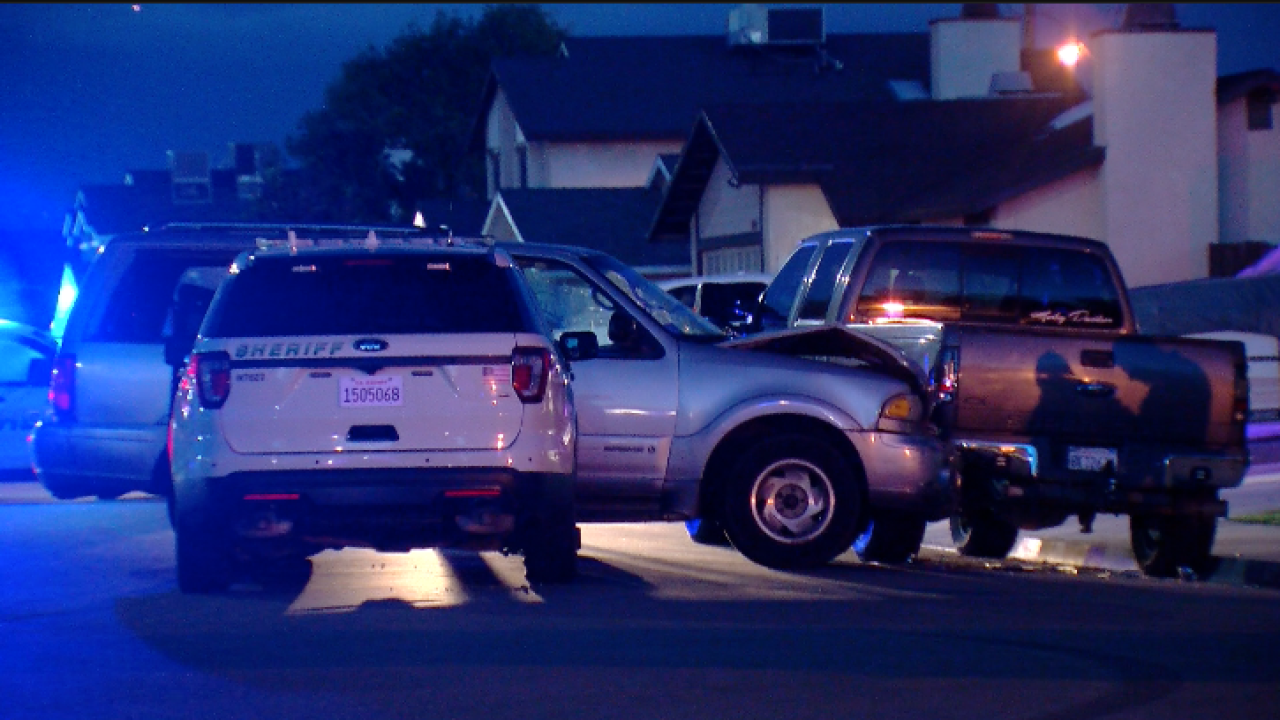 BAKERSFIELD, Calif. — Kern County Sheriff say a crash in Southwest Bakersfield started with a call for a theft at the Outlets at Tejon Tuesday night.

KCSO says around 5:30 p.m. a group of individuals entered the outlets near the base of the grapevine and stole several pieces of merchandise and took off in a car.

The Sheriff's Department began to follow the car near the Houghton Road exit of Highway 99.

KCSO says the car failed to stop and a short "medium-speed" pursuit led them to a neighborhood near Panama Lane and Wible Road. That's when deputies say the car they were chasing crashed into at least one parked car.

Five individuals took off on foot after the crash. KCSO says three men were taken into custody, but two others got away. KCSO has not released a specific description of the individuals who got away, but they say no one was injured in the pursuit.