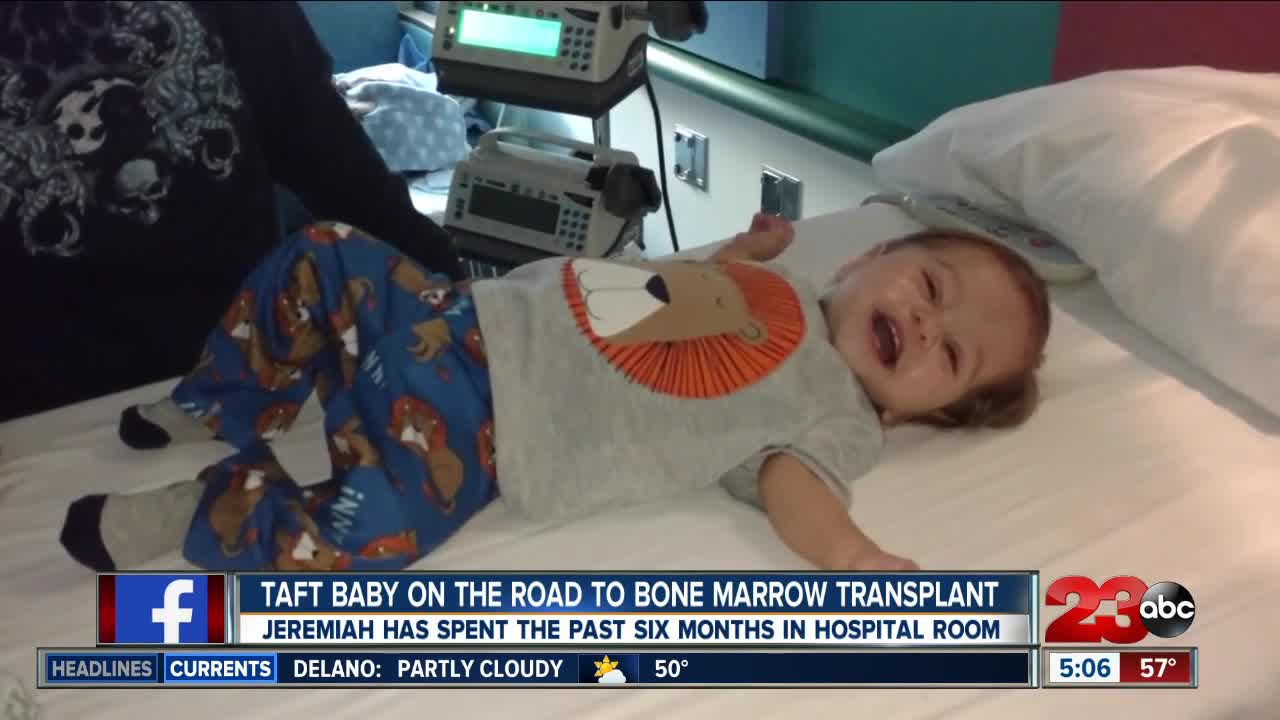 Jeremiah's journey continues after almost six months in a hospital

Jeremiah Upshaw just celebrated his second birthday, but rather than having a party at home in Taft, he spent the day in the hospital. In fact, he's spent every day in the Children's Hospital of Los Angeles since August 27, 2018.

At six months old, Jeremiah began having complications. His dad, Mark, said after months of being in and out of the hospital, they finally diagnosed the issue as a rare genetic problem known as X-Linked Lymphoproliferative.

"He's missing part of his gene. It's just a part of a gene which makes his immune system overactive and the only cure for that is bone marrow transplant," said Mark.

Jeremiah will have to have 13 days of chemotherapy before getting the bone marrow transplant on the 14th day. In the almost six months of being in the hospital, doctors have had to reschedule Jeremiah's treatment twice already.

Jeremiah is scheduled to begin the 13 days of chemo starting February 8th.

Mark and Melissa, Jeremiah's parents, have set up a Facebook page for the community to follow the toddler's progress. His page is called Jeremiah's Journey.

While Melissa has spent every day in Jeremiah's isolated hospital room in L.A., Mark has traveled back and forth from the hospital back to Taft to continue working and get the bills paid.

After so much time away from his son, Mark said he now cherishes every moment he has with him.

"If you worry about tomorrow, it robs you of your joy today. So every day that he's good is a miracle," said Mark.