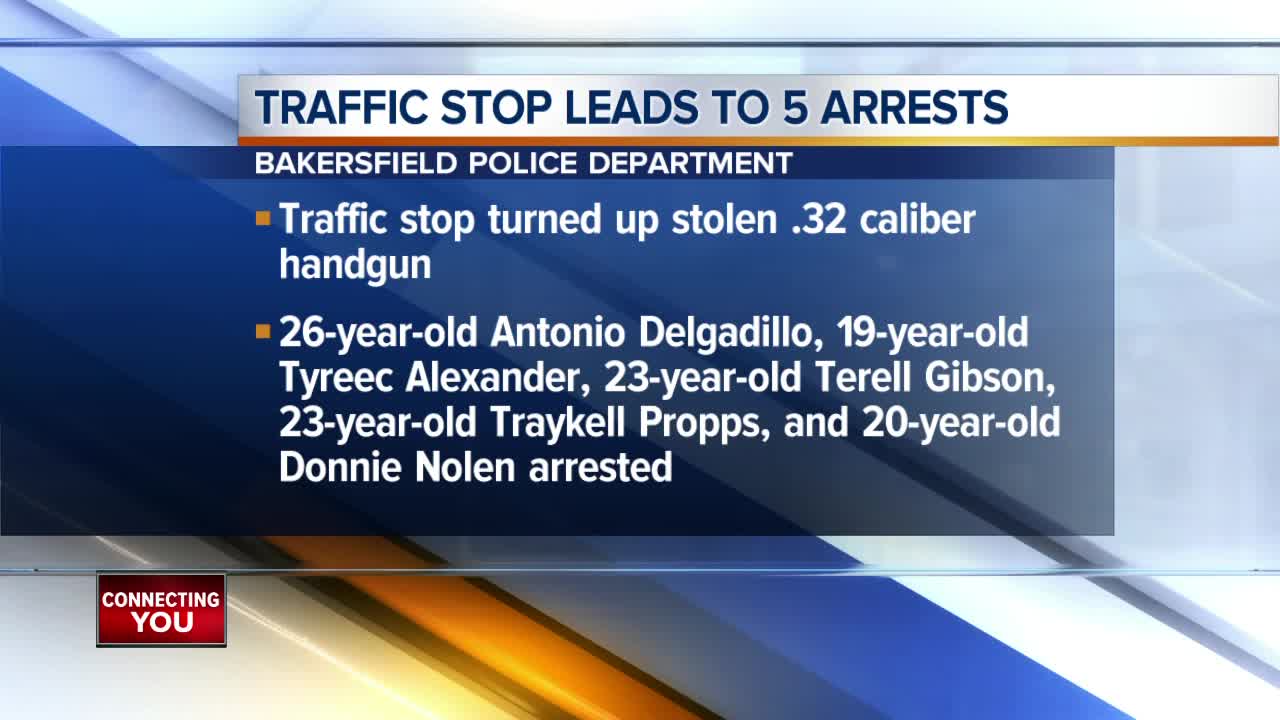 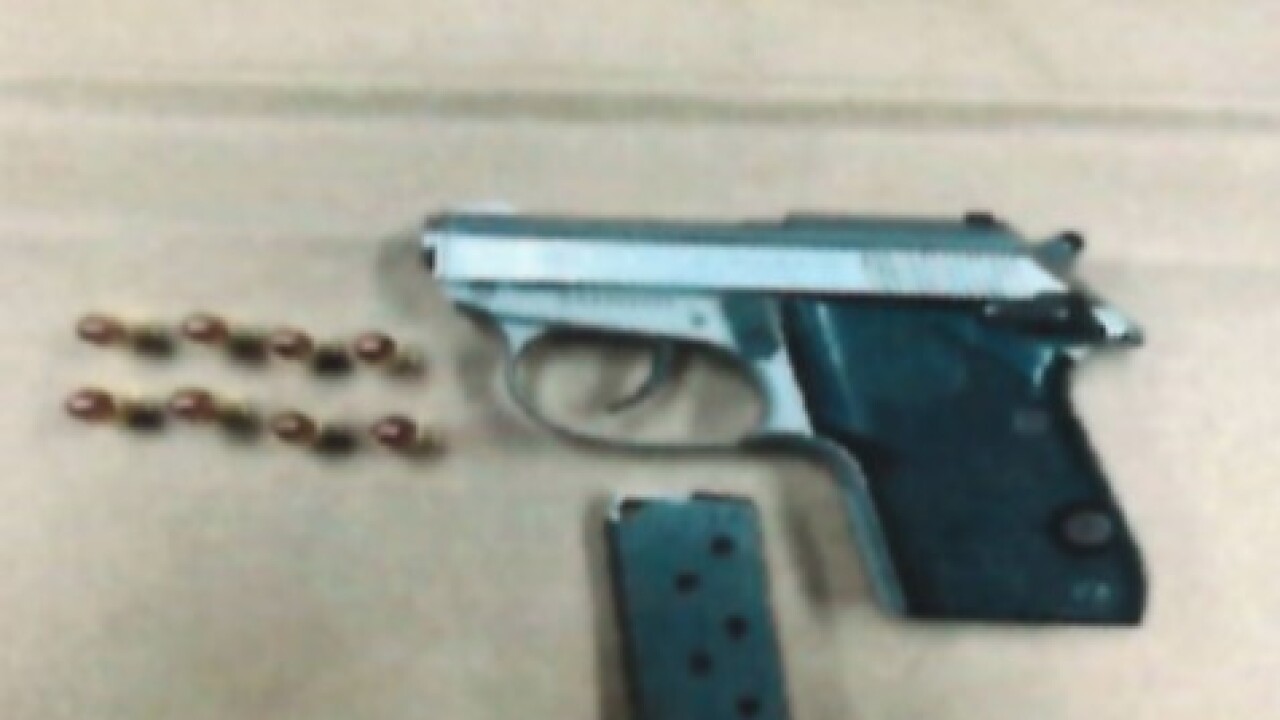 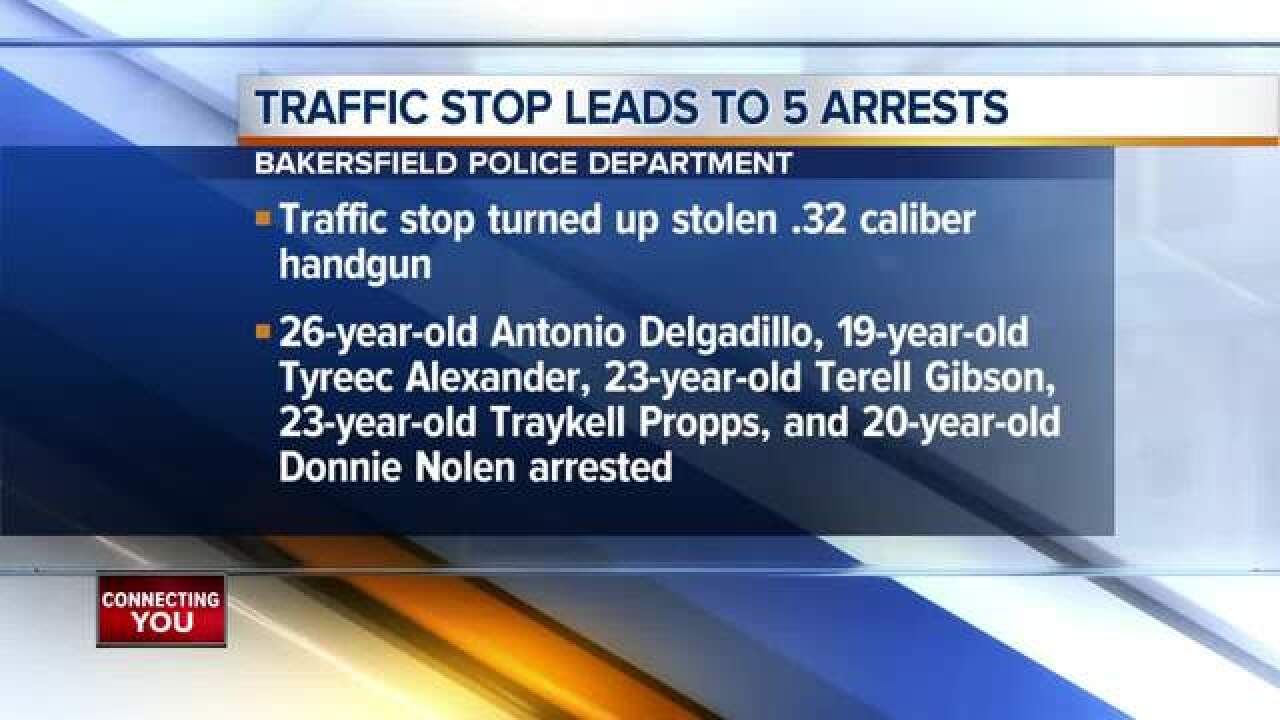 A traffic stop in central Bakersfield lead to the arrest of several men.

Shortly after 10 p.m. Bakersfield Police Department officers stopped a vehicle in the 1000 block of 35th Street.

A search of the vehicle was conducted as two of the occupants were on active CDC Parole.

During the search, officers located a loaded .32 caliber handgun in the vehicle.

The firearm had been reported stolen to the Kern County Sheriff's Office.

All five men were booked for conspiracy, gang participation and several firearms possession.