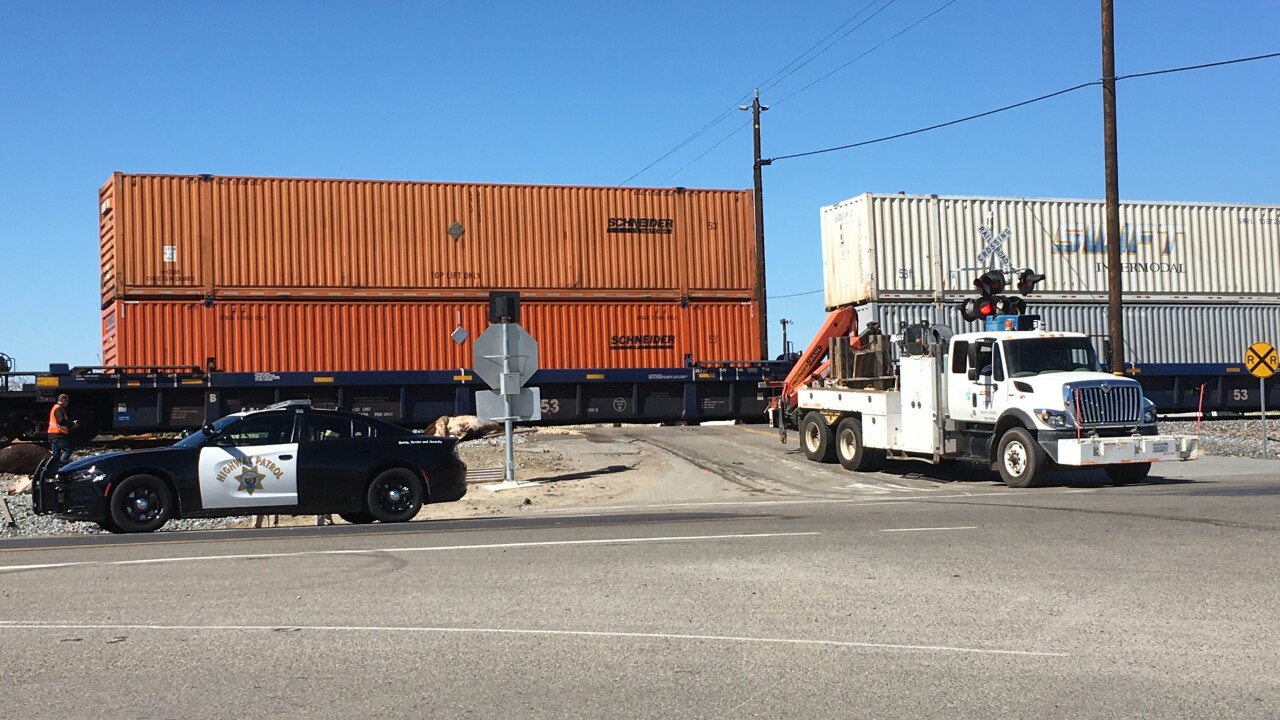 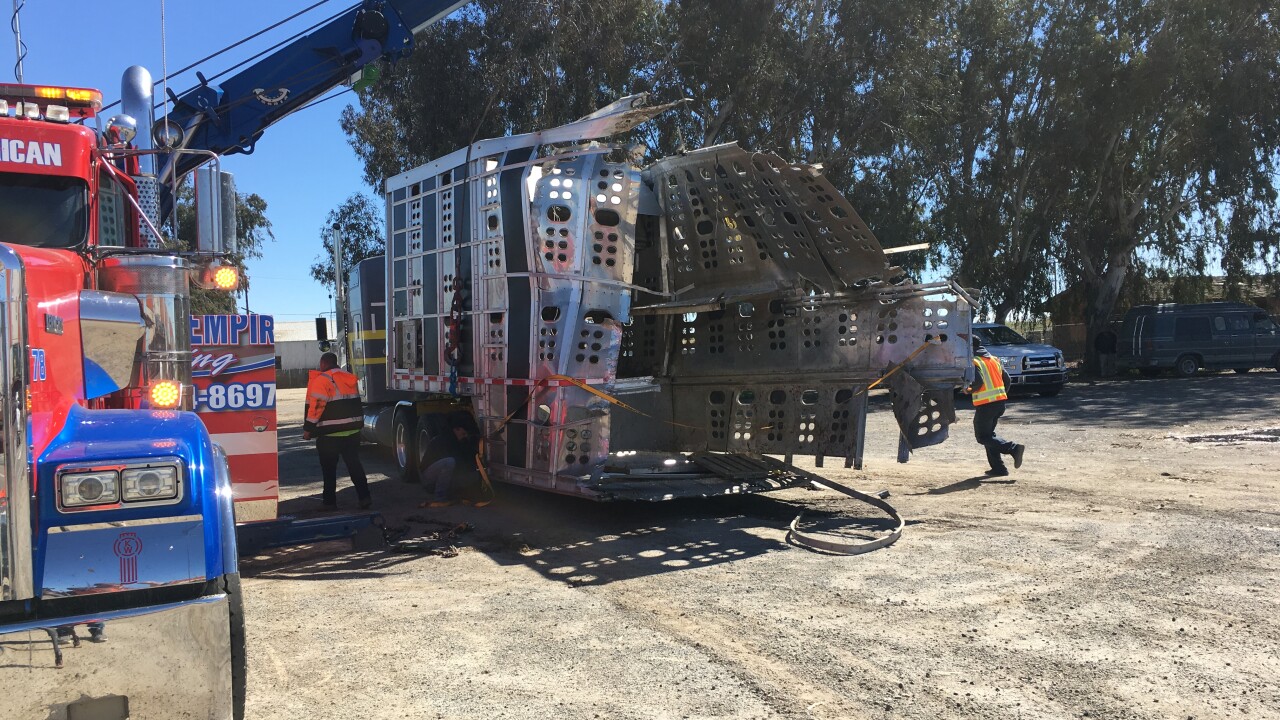 A train crashed into a trailer carrying cattle after the trailer became stuck on the railroad tracks, CHP reports.

According to CHP's Traffic Incident Information Page, CHP received reports of a trailer stuck on the train tracks around 8:59 a.m. A few minutes later, the train crashed into the trailer.

CHP has closed Pond Road at Magnolica as well as Pond and Benner Street.