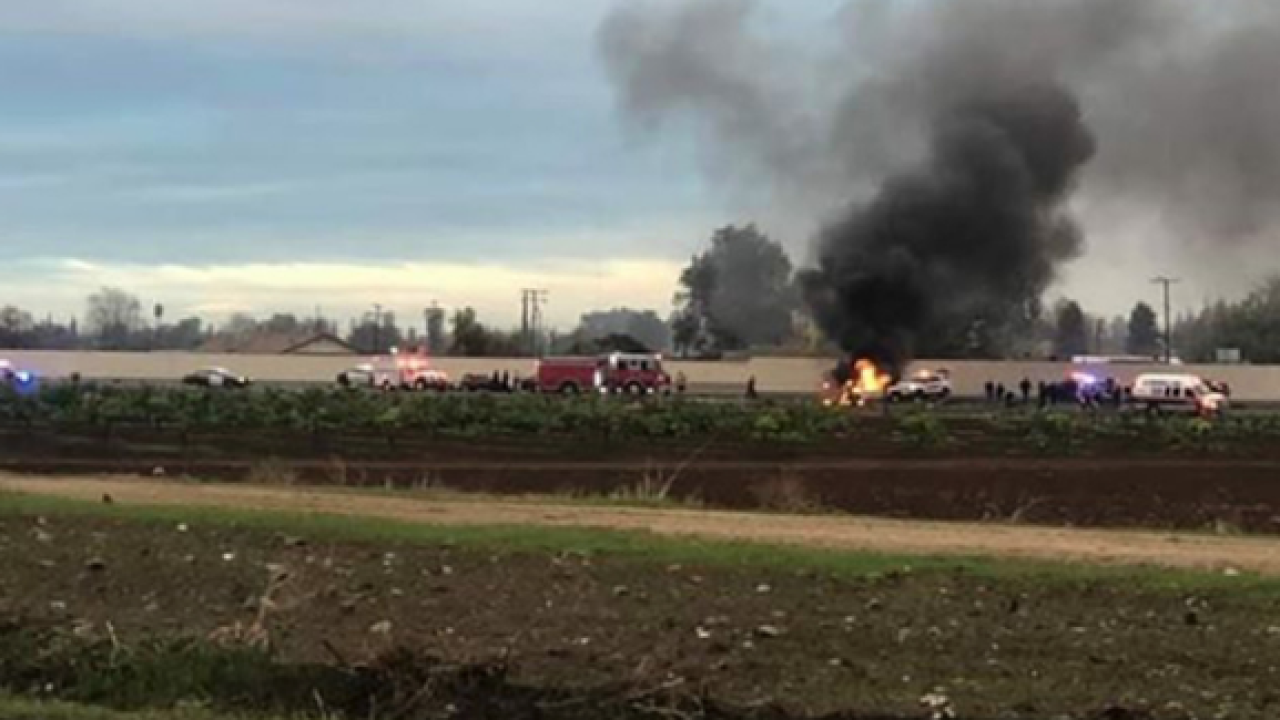 TULARE COUNTY, Calif. (KFSN) — The suspect in a fatal shooting in Visalia is now dead following a police pursuit that ended in a fiery crash, according to authorities.

The end of an absolutely wild chain of events in the south valley. @TulareSheriff and @Visaliapd say Gustavo Garcia is dead after a shootout with deputies & chase ended in crash. They say he committed armed robbery and shooting yesterday, and homicide in Visalia this AM. @ABC30 pic.twitter.com/qIKvagCygs


The Visalia Police Department says it all began Monday morning when officers responded to a shooting at the AM/PM on Lovers Lane. When officers arrived they found a person who had been shot and killed.

A short time later there was an additional report of a shooting at a home in Visalia which police believe involved the same suspect at the AM/PM gas station.

Police say while officers were searching the area, they located the suspect's car and a pursuit started. However, the officers lost the suspect but a short time later Tulare County Sheriff's deputies located the car. Another pursuit ensued which ended at Road 140 and Avenue 256 where the suspect exchanged gunfire with deputies and ran off into an orchard.

Police say 15 minutes later, the suspect stole a car and a third pursuit began which ended in a crash on Highway 65 north of Porterville. Officers say the suspect died in that collision and several other people were injured.

The Tulare County Sheriff's Office believes the suspect was also involved in an armed robbery in Exeter on Sunday.

Police are telling drivers to avoid Highway 65 near Linda Vista Ave and Avenue 184 because it will be closed for some time as detectives investigate the scene.

This story is courtesy of ABC30.