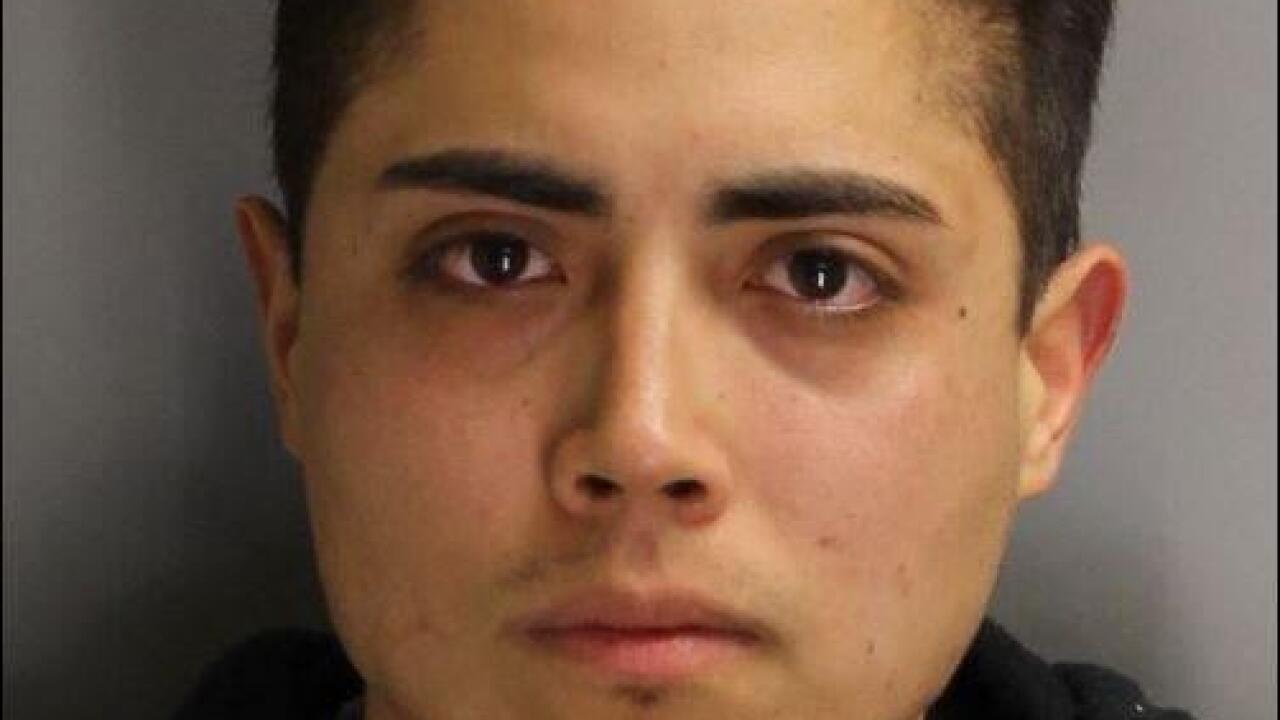 Modesto Ramos, 23, was arrested after he told police he shot and killed his neighbor&#39;s dog after it urinated on his lawn and vehicle.

The Tulare County Sheriff's Office has arrested a man who told police he shot his neighbor's dog because it urinated on his lawn.

Officials said on Monday afternoon, deputies were contacted at the Porterville Substation to file a report in regards to animal cruelty.

The victim said on Saturday, December 8 at 11:30 a.m., she left her house. She told police when she got home she noticed her dog missing from her front yard.
The victim identified the suspect as her neighbor, Modesto Ramos, 23.

During their investigation, deputies contacted Ramos and he told them he became angry at the victim’s dog for urinating on his yard and vehicle.

Deputies said Ramos then shot and killed the dog with a rifle and buried it. Evidence was collected to correlate the crime. Deputies also found two California banned assault rifles- AR15 and AK47- inside Ramos’ home.