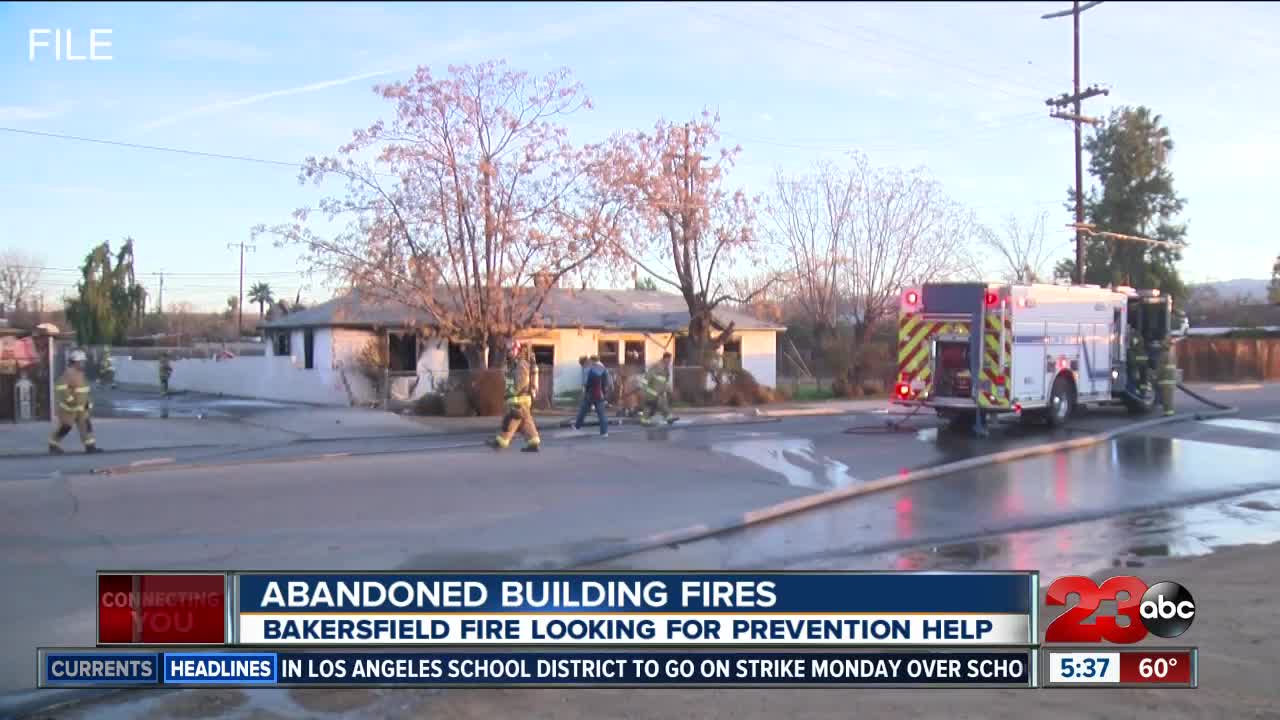 BAKERSFIELD, Calif. — Two fires ignited Sunday morning in Bakersfield. The first was at an old dentist office at the corner of Brundage Lane and T Street. The other fire was at a vacant home near Brekenridge Road and Mills Drive. Both fires were in abandoned buildings.

Battalion Chief Walkely said, it's extra dangerous for fire fighters to fight fires in buildings that are structurally less sound. Once a building burns, it becomes less stable.

To help prevent future abandoned buildings igniting, Battalion Chief Walkely said residents should call in any suspicious activity they see near vacant homes and office buildings. If you see something you can report it to the city at 661-326-3712.