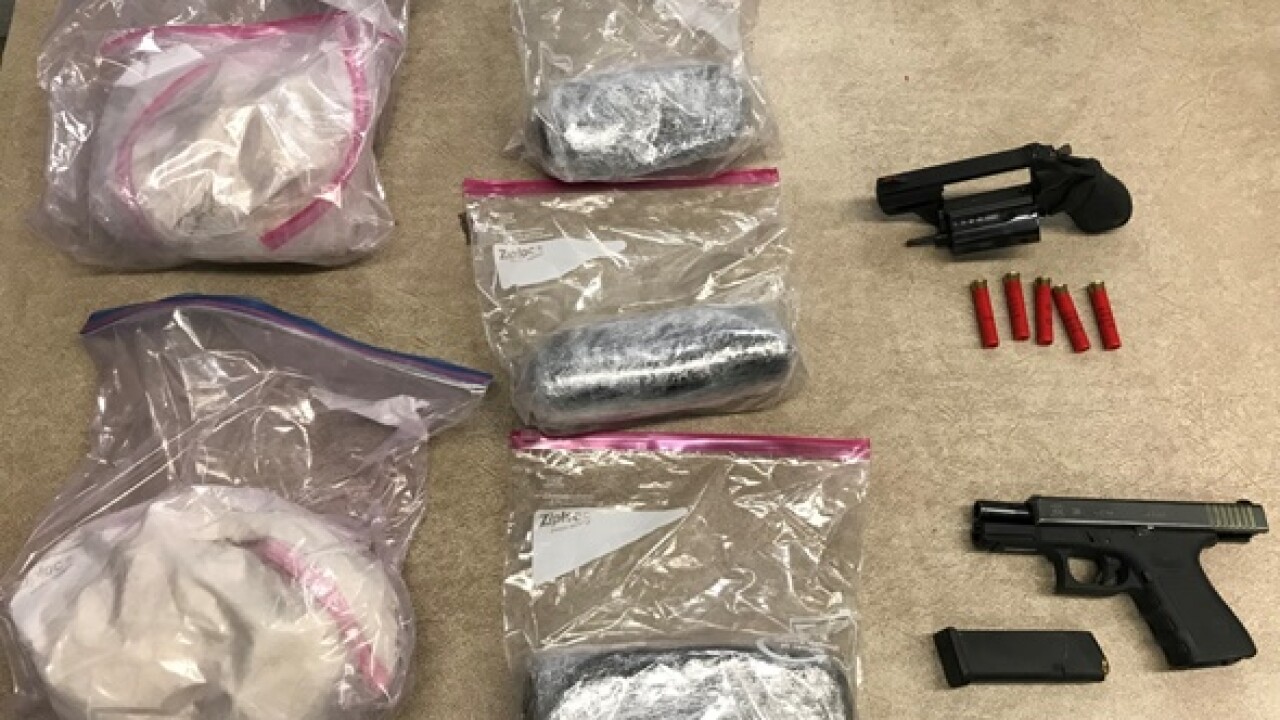 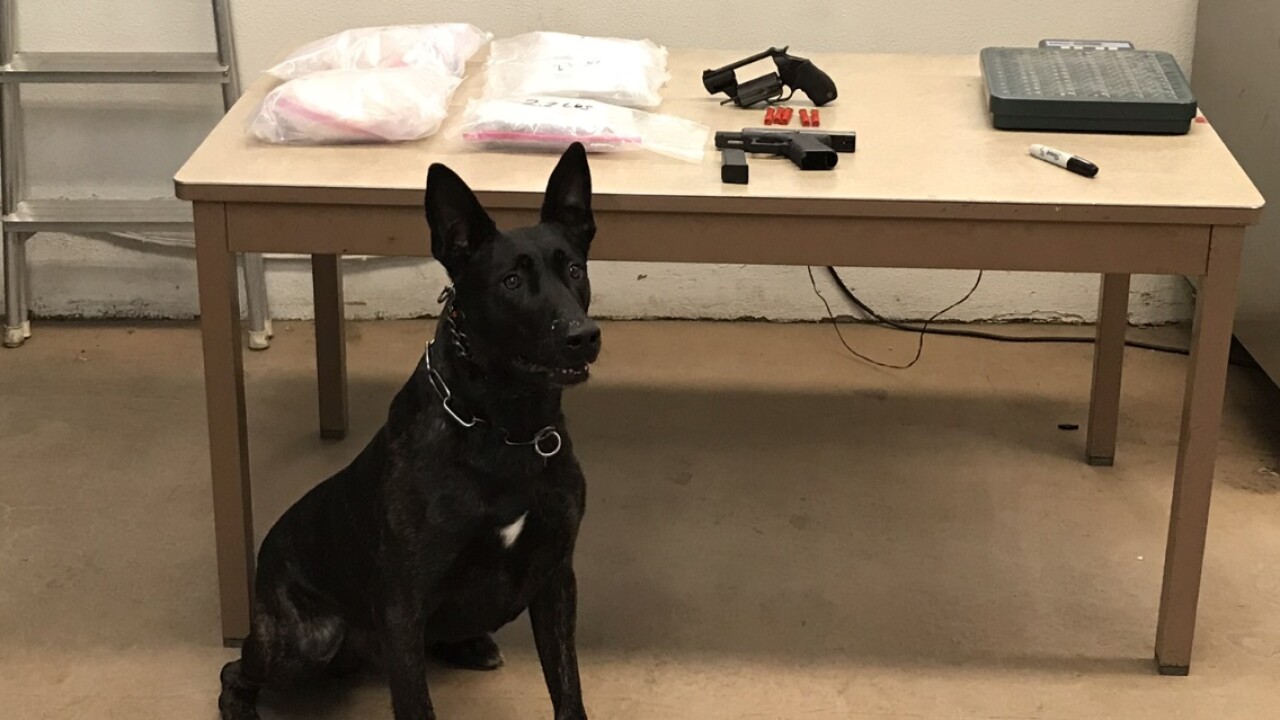 Two people have been arrested after KCSO deputies discovered 11 pounds of suspected heroin and firearms during a traffic stop near the Tejon Outlets.

According to KCSO, on January 30, a deputy assigned to the Frazier Park substation pulled over a 2015 Chevy Silverado pickup truck that was driving on northbound I-5 near the Tejon Outlets or vehicle code violations. During the stop, a KCSO K9 Unit responded and K9 Rocco alerted to the presence of narcotics inside of the vehicle.

KCSO says they then conducted a search of the vehicle. During the search, KCSO says deputies found two firearms in the front seat of the pickup; a Taurus Judge Public Defender pistol loaded with five rounds of 410 shotgun ammunition and a loaded Glock .45 GAP, which was reported stolen out of Oregon.

KCSO says during the search, deputies also discovered multiple pounds of suspected heroin concealed inside a tool box. Investigators processed the vehicle for evidence and seized the two firearms and 11 pounds of heroin from the vehicle which has a street value of $400,000.

Both Burciaga and Gaeta were booked into the Central Receiving Facility and their bail is set at $1,000,000.