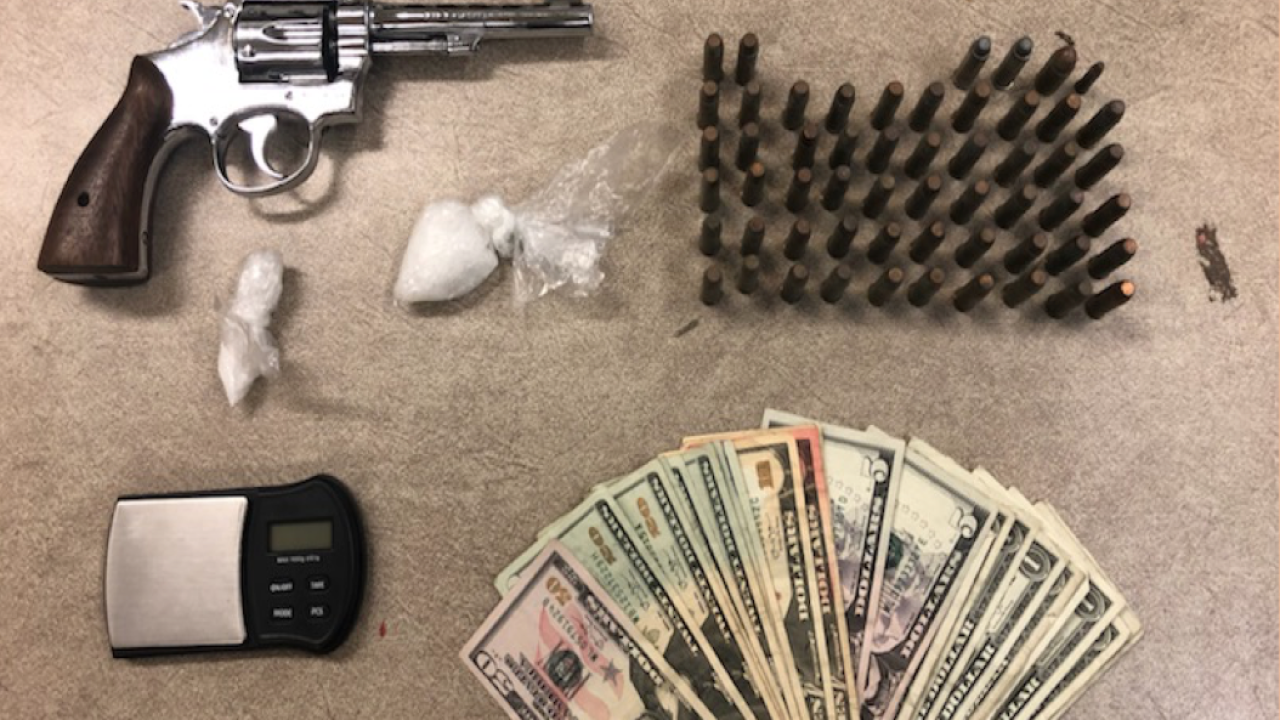 BAKERSFIELD, Calif. — A man and woman were arrested after officers say meth and a .38 spc. revolver with multiple live rounds of ammunition were found during a probation search.

According to the Kern County Probation Department Gang Intervention and Suppression Team, on Monday, January 14 around 1:30 p.m., officers conducted a probation search of an apartment in the 1300 block of Flower Street in East Bakersfield. Officers contacted multiple people within the apartment, including 35-year-old Victor Villa and 33-year-old Jessica Rangel.

During the probation search of the apartment and vehicles, officers say they found a loaded .38 spc. revolver and multiple live rounds of ammunition. Officers say they also discovered methamphetamine, consistent with sales, and U.S. currency.

Villa and Rangel were arrested and booked on firearm related charges, as well as possession of a controlled substance for the purpose of sales.