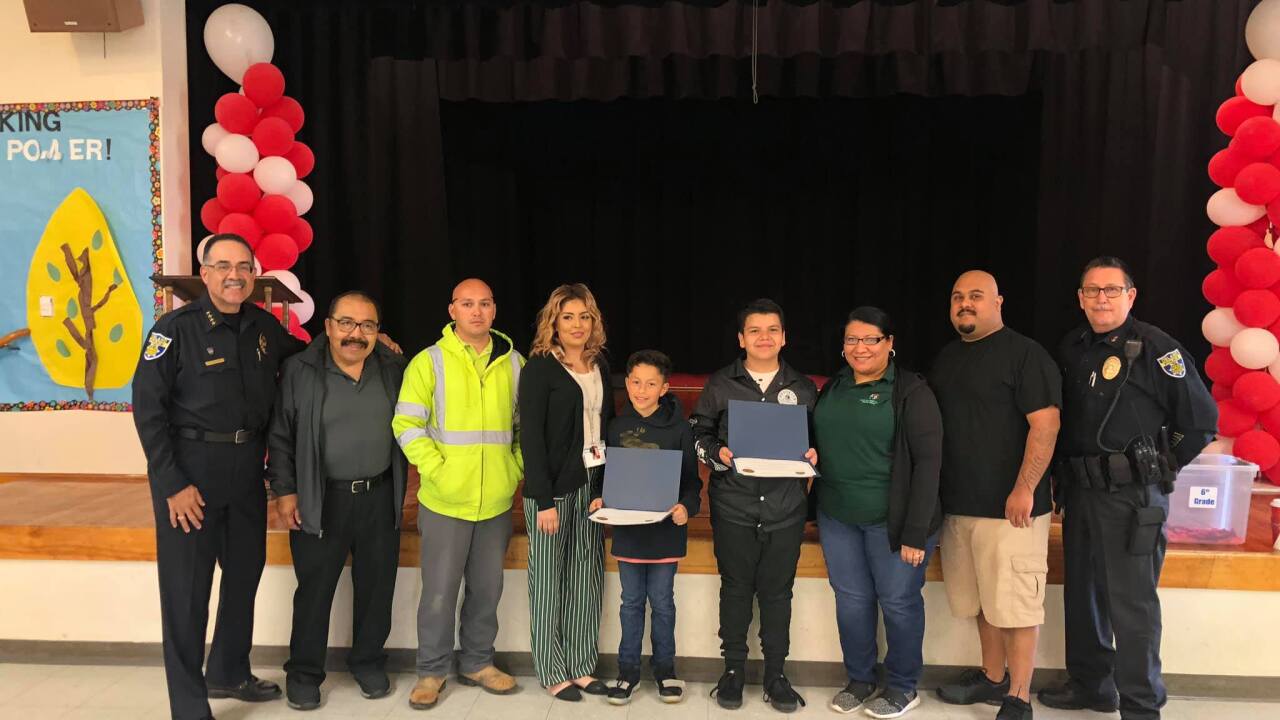 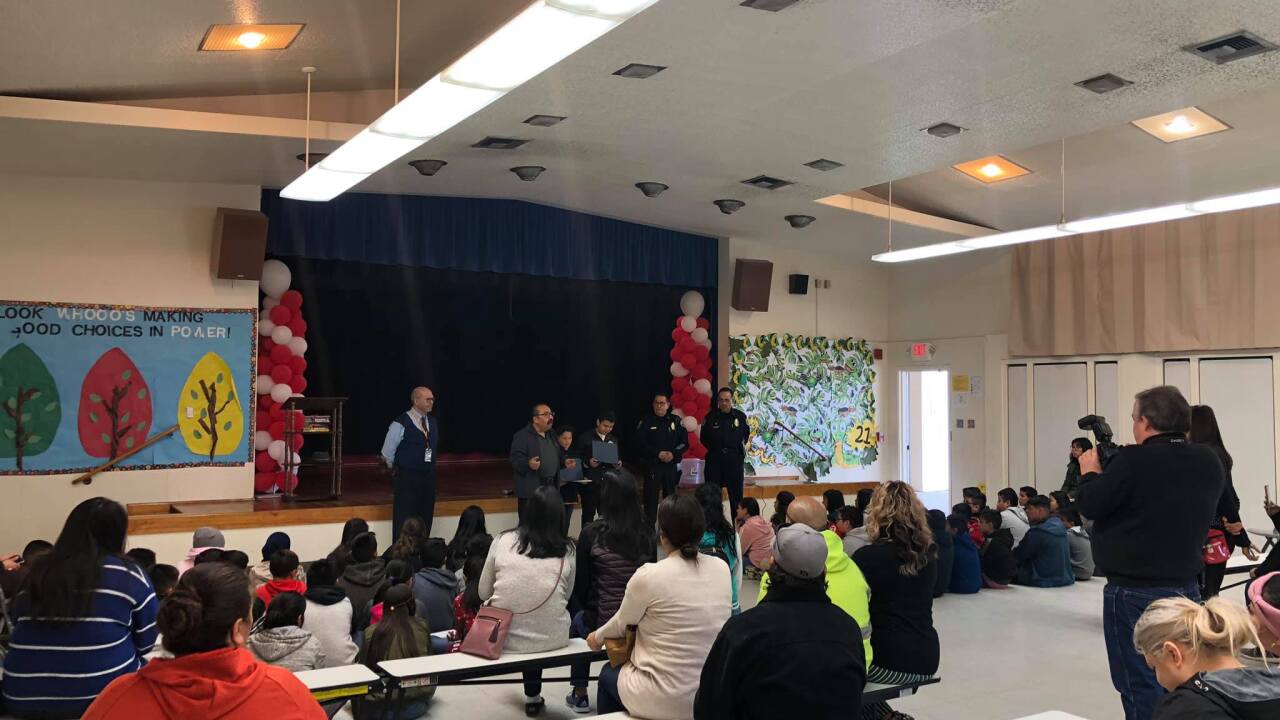 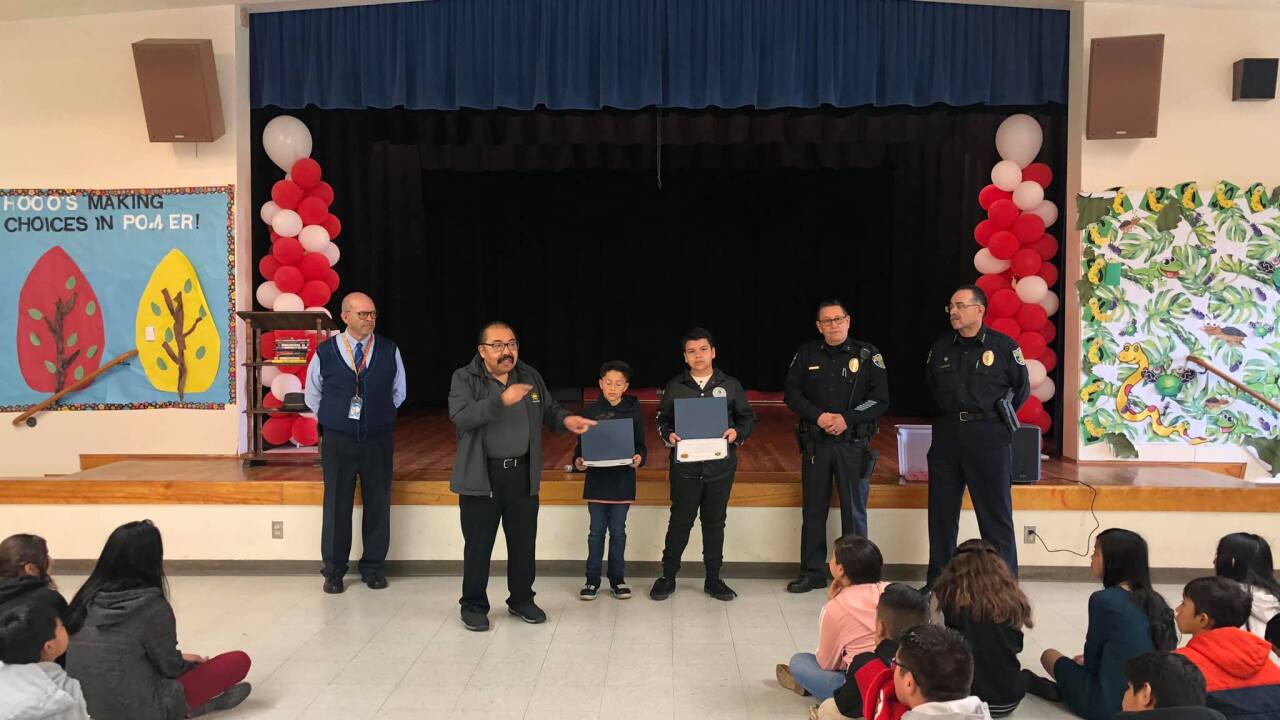 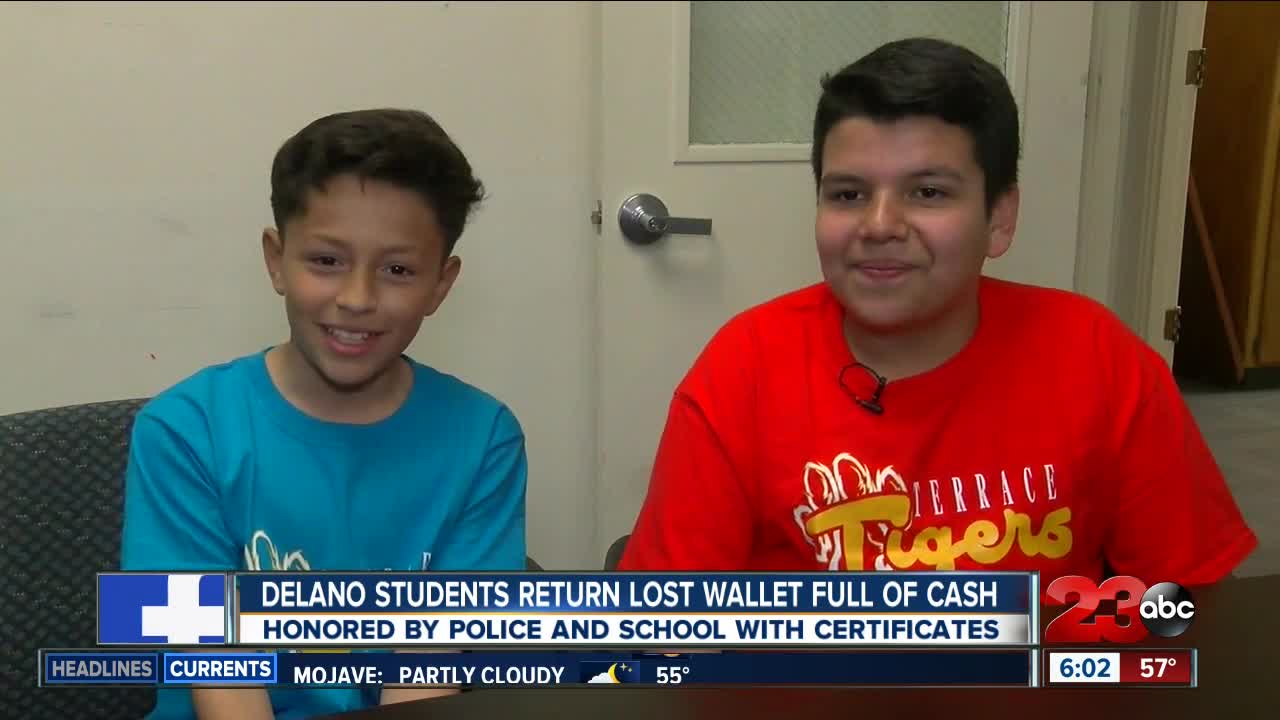 DELANO, Calif. — The Delano Police Department is commending two elementary school students after they returned a lost wallet that was filled with cash and personal documents.

According to Delano PD, Eric Lopez and Anthony Andrade of Terrace Elementary, along with other students, found a wallet that contained cash and personal documents. Delano PD says instead of taking the money, Lopez and Andrade called the police in order to return the lost wallet.

Delano PD says Lopez and Andrade "exemplified the spirit and image of the City of Delano by their honesty and integrity."