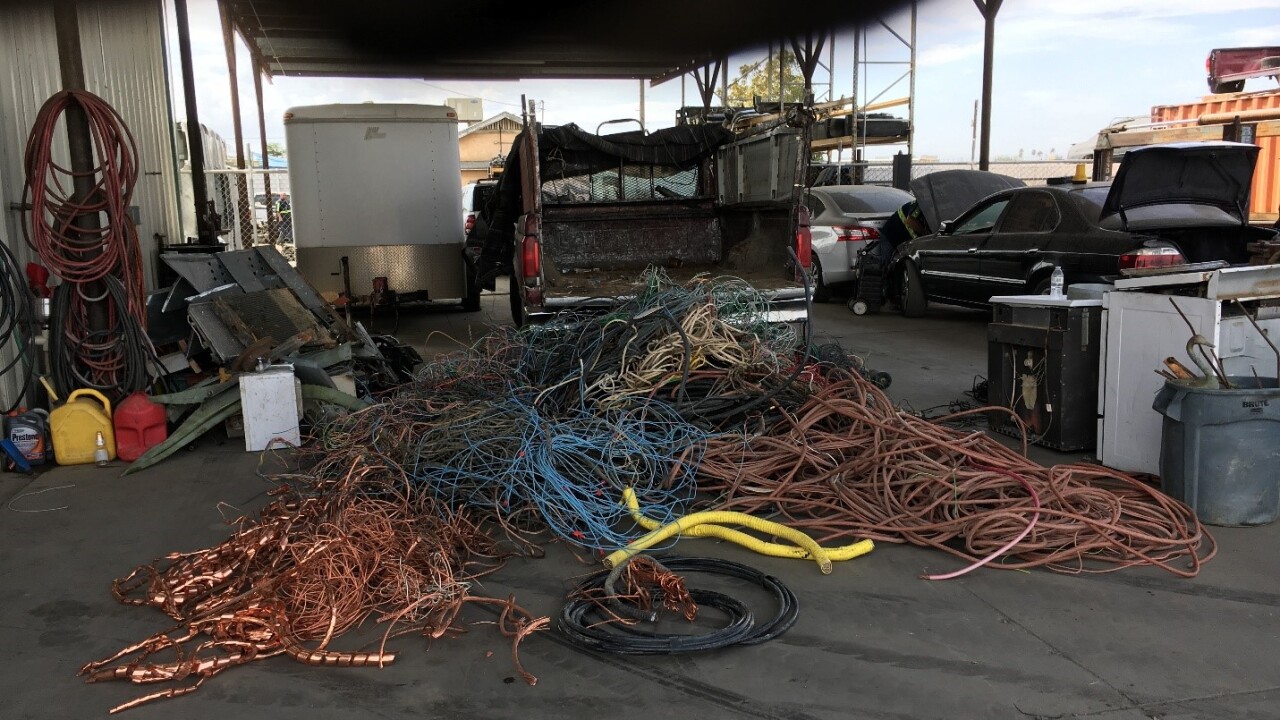 According to the Kern County Sheriff’s Office deputies with the Rural Crime Investigation Unit and the Taft Substation, on September 13 deputies conducted a traffic stop where they found 53-year-old Daniel Bravo Avendano and 68-year-old Francisco Gomez inside the car.

Once detectives obtained a search warrant for the car they were able to find around 2,000 pounds of copper wire along with various other metals. Much of the copper wire and other metals were believed to be stolen, according to officials.

Avendano and Gomez were arrested for PC 496A(A)- Receiving Stolen Metals. Gomez was also arrested for a felony warrant.