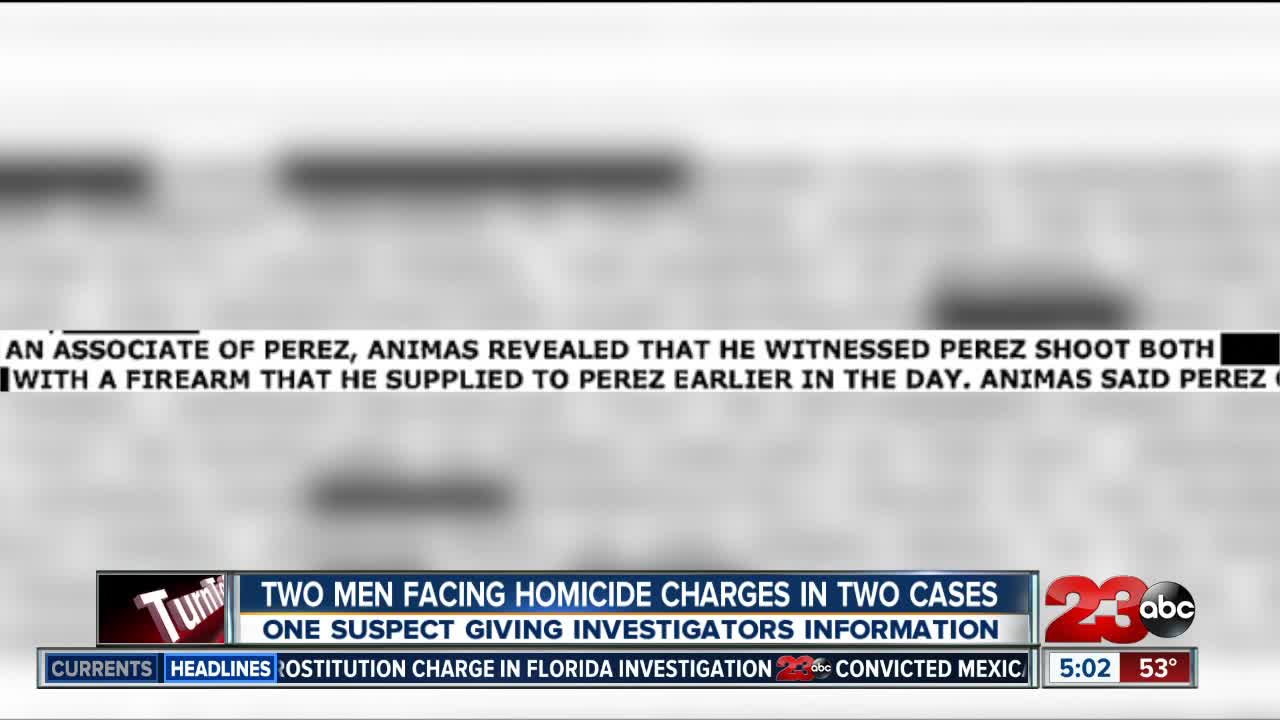 BAKERSFIELD, Calif. — Court documents are reveling new details Friday about two people who were shot in the head in a south Bakersfield home.

One of the two men arrested in connection to this case shared new information with detectives.

Both Perez and Animas were originally scheduled to be arraigned on felony first degree murder charges at the Kern County Superior Courthouse in this case but it was pushed back to Monday February 25. However, authorities believe this case is not the only one both men are connected to.

According to police both Sanchez and John were shot in the head at a home in the 1400 block of Lomita Drive in October of 2018. Their bodies were discovered on October 6, by authorities. However, new documents are now revealing that in the day between, on October 5, Animas told police that both him and Perez had returned to the home and burned the bodies using rubbing alcohol.

These new charges come as the men were already in custody in connection to another homicide that took place on December 4, 2018 at an apartment complex in the 1400 block of Mc Donald Way. According to court documents a witness told detectives that Perez and Animas assaulted a man at the southwest Bakersfield apartment.

Detectives searched the residence finding the victim of the assault dead in the bathtub, documents also showed that Perez and Animas allegedly tried to decapitate him. That victim was later identified as 37-year-old Victor Vasquez. Perez and Animas were already arraigned for that murder and a preliminary hearing is set for March 6.

The Mc Donald Way homicide will be kept separate from the other case.

However, in the homicides involving victims Sanchez and John bail for both suspects is set at one million dollars.