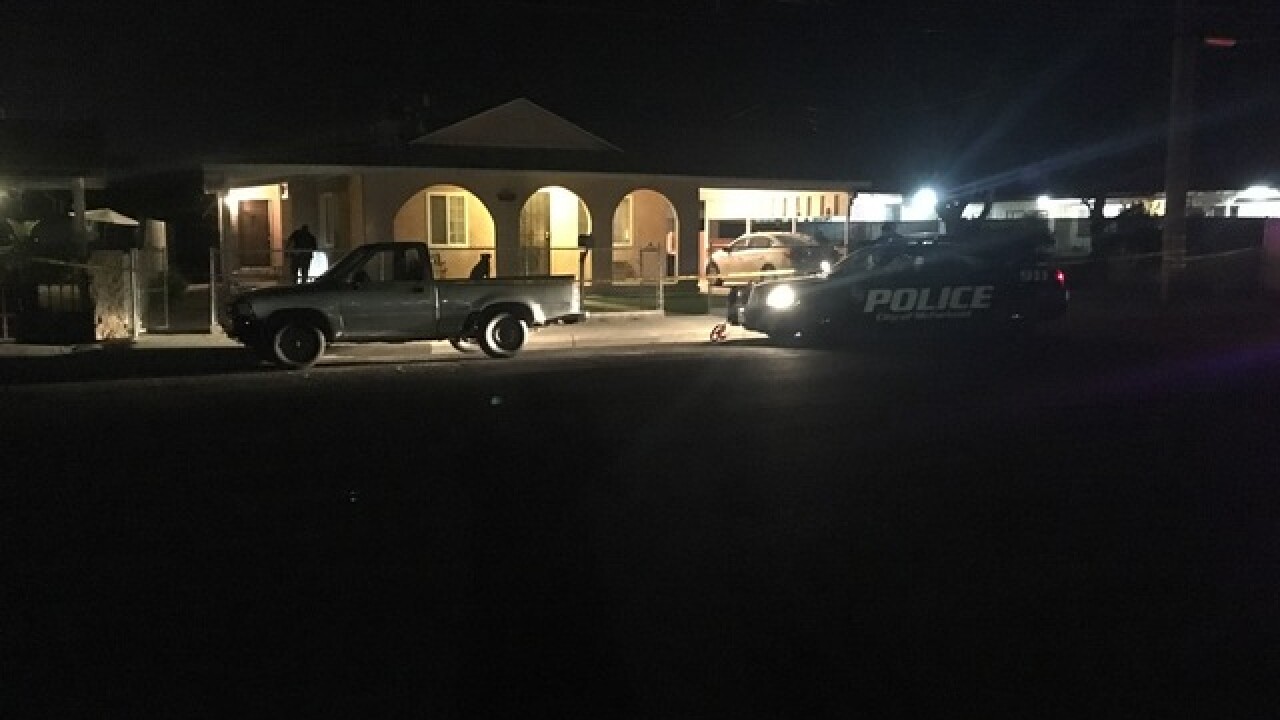 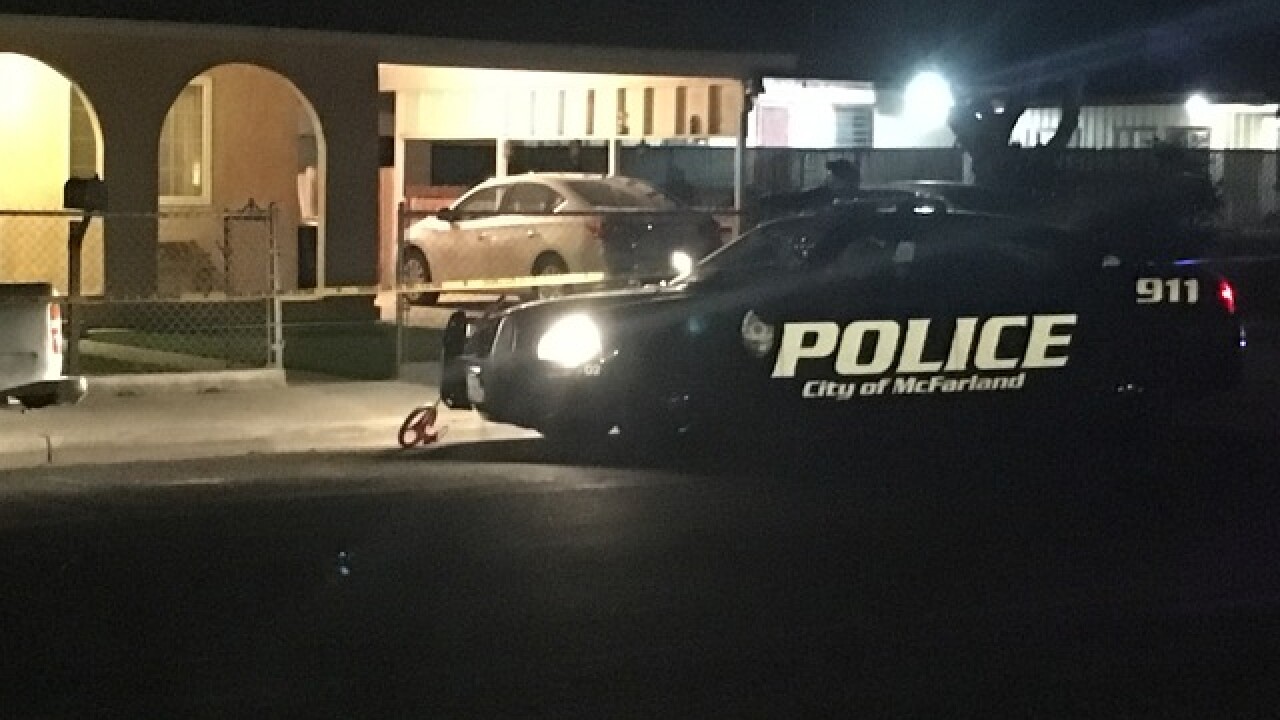 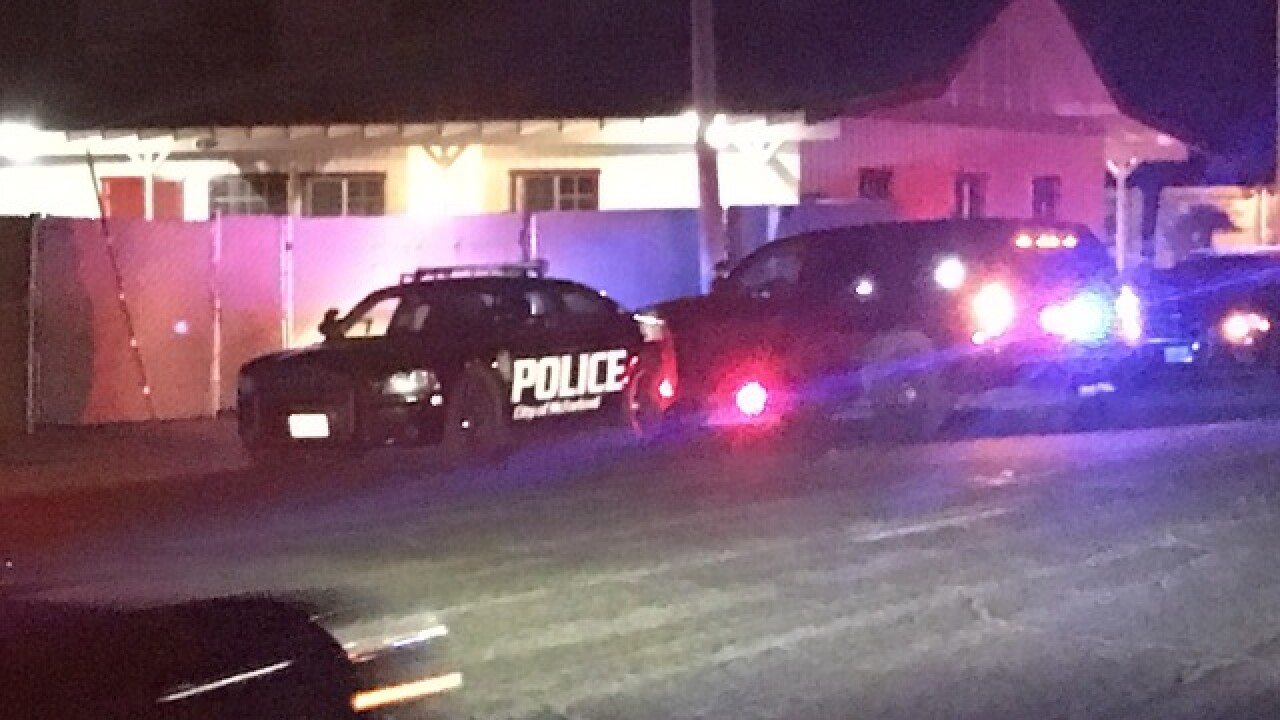 Two people are injured after a shooting in McFarland Tuesday night.

According to the McFarland Police Department's Chief Scot Kimble the shooting happened around 8:45 p.m. in the area of Robertson Avenue and 2nd Street in McFarland.

When officers arrived on scene they found a 34-year-old man with gunshot wounds to both of his legs. They also found an 8-year-old girl shot in the heel of her foot.

Both victims were transported to an area hospital with non life-threatening injuries.

Police have not released any suspect information at this time.

Anyone with information is asked to contact McFarland Police at 661-792-2121.