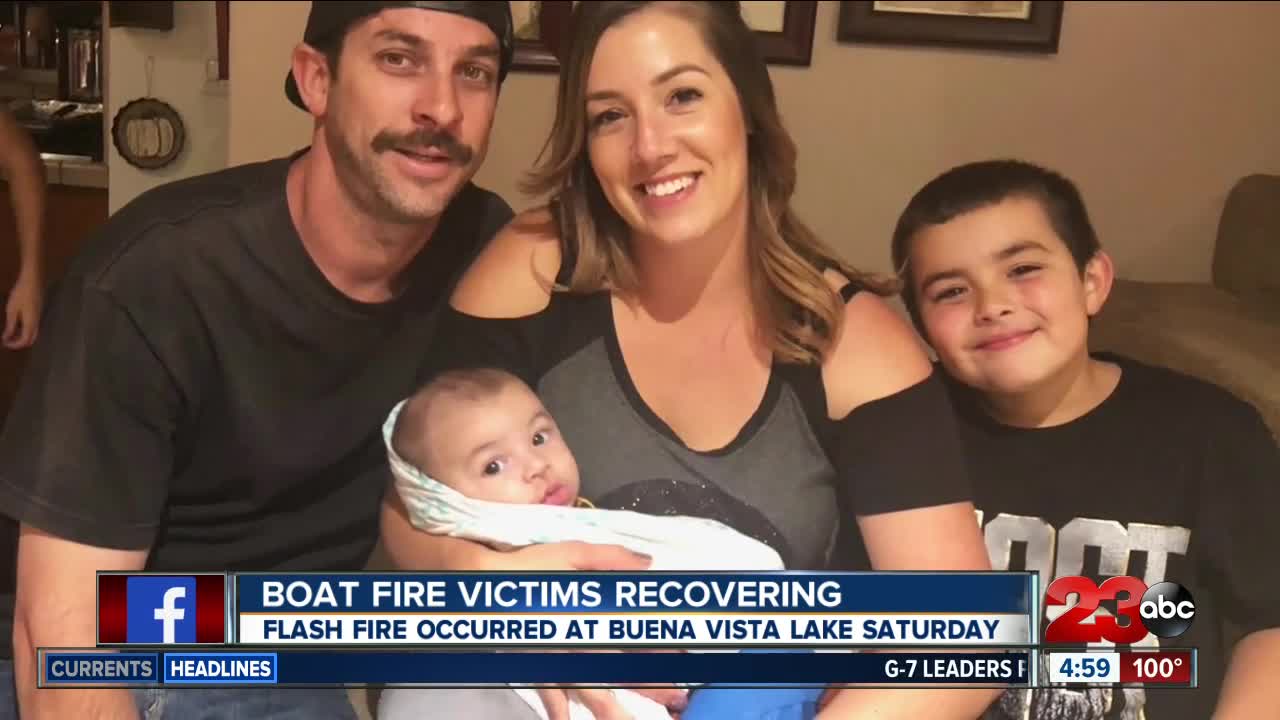 BAKERSFIELD, Calif. --- — When Dustin Lee and Joey Nixon took their families to Buena Vista Lake last weekend, they were unaware of the dreadful reality that would follow.

On Saturday morning, Kern County emergency crews rushed to the lake for reports of a flash fire that ignited on a boat burning eight people.

The Lees and Nixons were all rushed to the hospital, Kern County Battalion Chief Steve Pendergrass said.

Dustin Lee, 35, and his 14 month-old son had to be airlifted to the hospital, while the rest of his family was transported by ambulances, according to Lee's brother Bryan Lee.

Now, both families are continuing to receive treatment for their burns -- some being cared for at Memorial Hospital in Bakersfield.

"The fortunate thing about a nightmare is that you can wake yourself up, there's not anything that allows you to be able to wake up from this sort of experience," Bryan Lee said.

Several victims may have to spend three to four weeks in the hospital, Lee added.

Amanda Nowell, a family friend, has started a GoFundMe page for both families, garnering thousands of dollars.