Two women hit by vehicle in east Bakersfield, person who stopped to help arrested for DUI 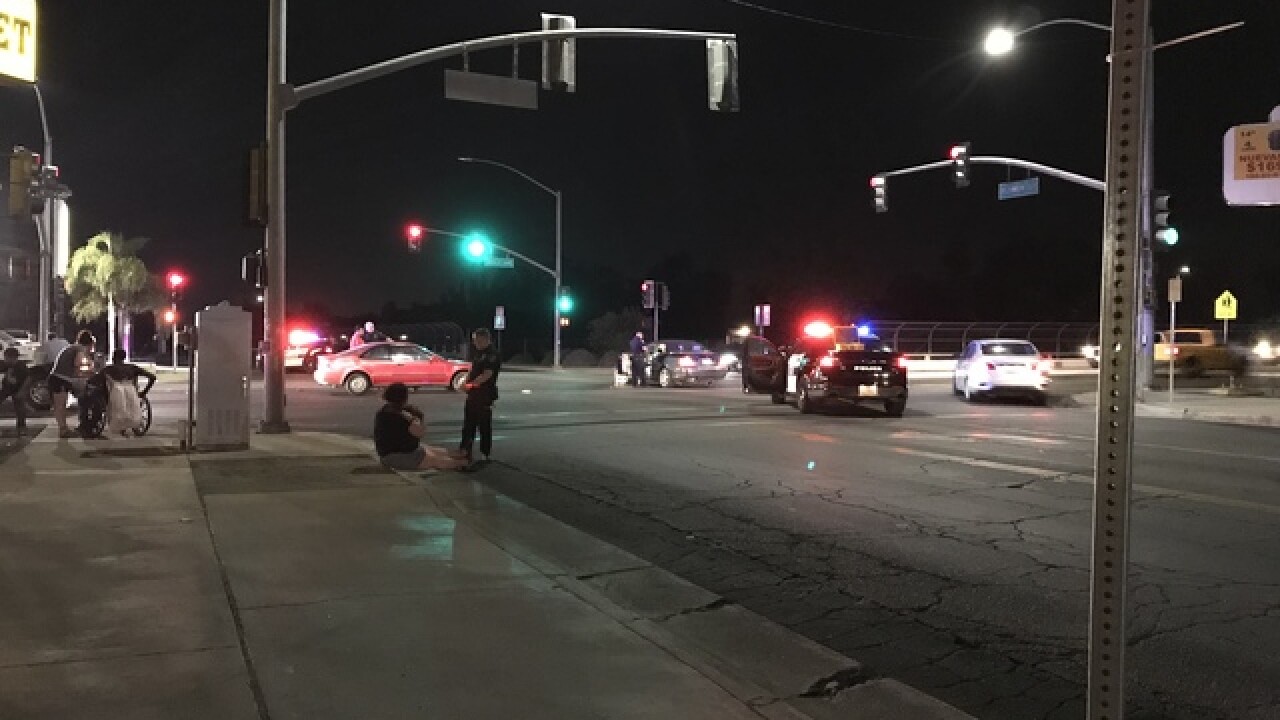 The Bakersfield Police Department is investigating after two women were struck by a vehicle in east Bakersfield.

It happened around 9:30 p.m. Friday near Flower and Beale Ave. and Flower St.

Officials said two adult women were walking in the crosswalk when they were struck by a vehicle, however they did not have the right of way.

The women had minor to moderate injuries.

Officials said they do not believe the driver who struck the women was under the influence of drugs or alcohol, however the person in the second vehicle who stopped to help was arrested for DUI.

The incident remains under investigation.