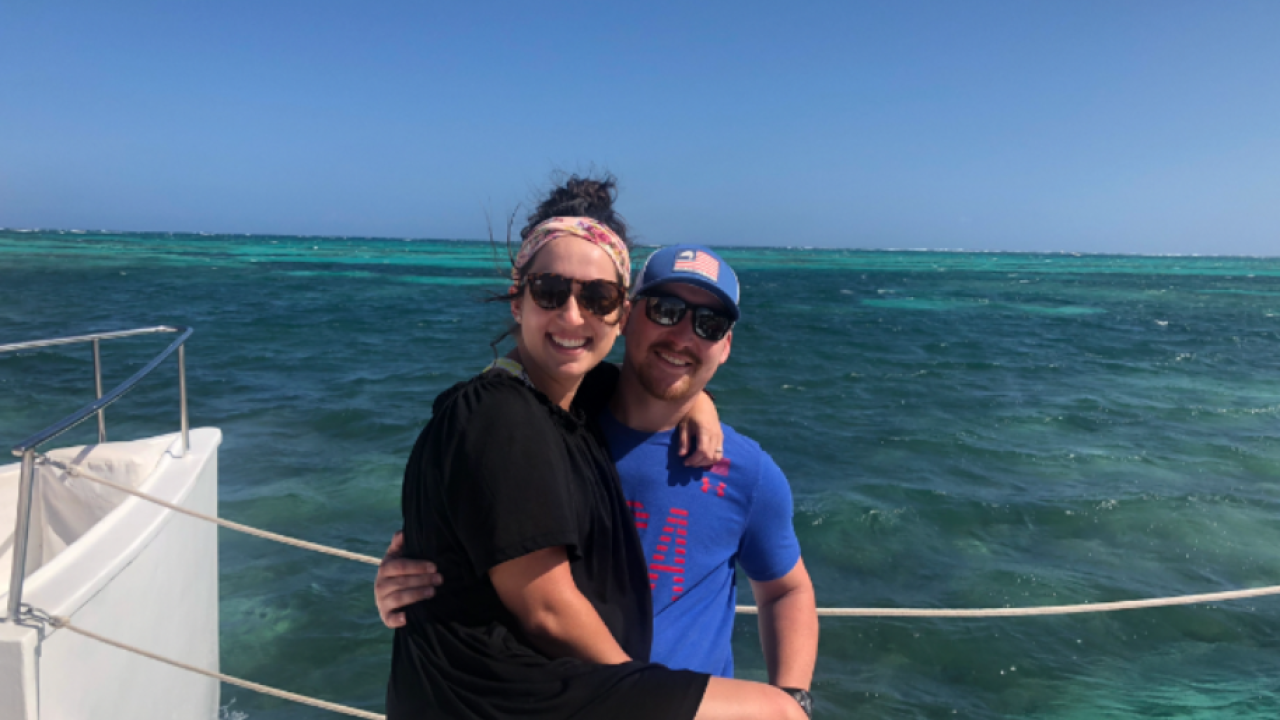 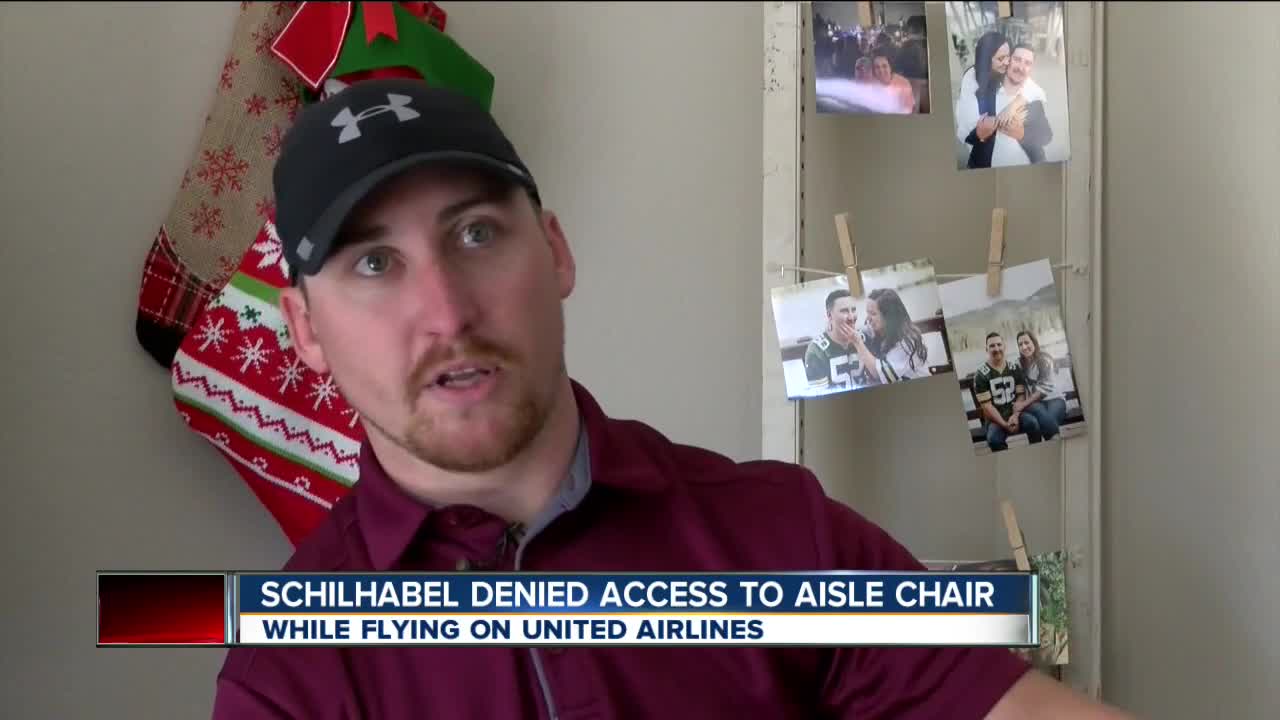 BAKERSFIELD, Calif. — Independence High School football coach Tyler Schilhabel, who was paralyzed following an ATV accident eight an a half years ago said he was looking forward to stepping off the football field to spend quality time with his new wife on their honeymoon in the Dominican Republic last week, until his travel plans took a different turn, “We flew with United Airlines, we flew from LAX and had a connecting flight to Chicago to the Dominican Republic. When we flew to Chicago the first time we were seven rows back and I require an aisle chair to get me on and off the plane because my regular chair is too wide to fit on the airplane," Schilhabel said.

However, Schilhabel said he was denied timely access to an aisle chair when he landed in Chicago from LAX and if it wasn't for the flight attendant who helped him, he wouldn't have made his connecting flight to the Dominican Republic, "What had actually ended up happening was one of the flight attendants who knew that I was in a rush and the aisle chair wasn't there, he actually picked me up lifted me and put me into my normal chair so that I could make my connecting flight."

Upon landing in the Dominican Republic, Schilhabel said the airline also failed to provide a safe deplaning option for him, and his wife was also injured as they tried to exit the plane, "We landed in the Dominican Republic and they didn't have an aisle chair ready so we waited there for about 20 minutes and they brought an aisle chair but they did not have a ramp, or a jet way, or an elevator to get me off the plane. All they had was a flight of stairs so the aisle chair was no use so I had to scoot on my bottom all the way to the front of the plane and when we realized there wasn't a ramp or anything else my wife and I just decided no it's not safe we don't trust them to carry me down the flight of stairs so we just hopped down, she grabbed my legs and I hopped down step by step on my bottom. When we got to the very bottom she actually slipped and hurt her wrist."

On the way back from the Dominican Republic to Chicago, Schilhabel said the airline provided the aisle chair but then problems resurfaced when he once again tried to deplane, "We waited about 25 minutes for everyone to get off the plane once again and then I waited for an additional 20 to 25 minutes for an aisle chair to get there and it never arrived. We had a connecting flight, we still had to get through customs so I scooted on my bottom all 31 rows to the front of the plane, got on my chair, got through customs, we were able to make our connecting flight.” Schilhable also added that getting off the plane was humiliating.

According to the U.S. Department of Transportation depending on the type of disability related need, passengers may be required to ask for specific accommodations 24 hours in advanced or check in one hour before standard check in time for the flight. Schilhable said ever since his accident he knows the drill very well and planned ahead as usual.

"When I make all of my reservations for my flights I put on the notes that I require an aisle chair and a ramp slash elevator at all arrivals and destinations and I make it a point to get there even earlier before anybody else so that I can talk to whoever is at the front desk to let them know once again," Schilhabel said.

Schilhabel said after United Airlines saw his social media post on his Facebook about what happened during his travel the company reached out to him 24 hours ago to apologize. He said United Airlines offered $2,000 worth of vouchers and an additional refund but he declined their gesture, “It's not necessarily about the money or getting anything in return, it's just the fact that people have been treated like this on multiple occasions not just myself and it seems like they haven't done anything to fix it."

23ABC News reached out to United Airlines and after they initially sent us a link to how to request a wheel chair online they later responded with a statement saying quote:

“We are concerned to learn of our customer's unacceptable experience. We have reached out to our customer to deeply apologize and we are working with our team to understand what occurred and fix it."-United Airlines

Shilhabel said United Airlines also asked him to take down his Facebook post but he told them no. As of now Schilhabel has not spoken with any attorneys.