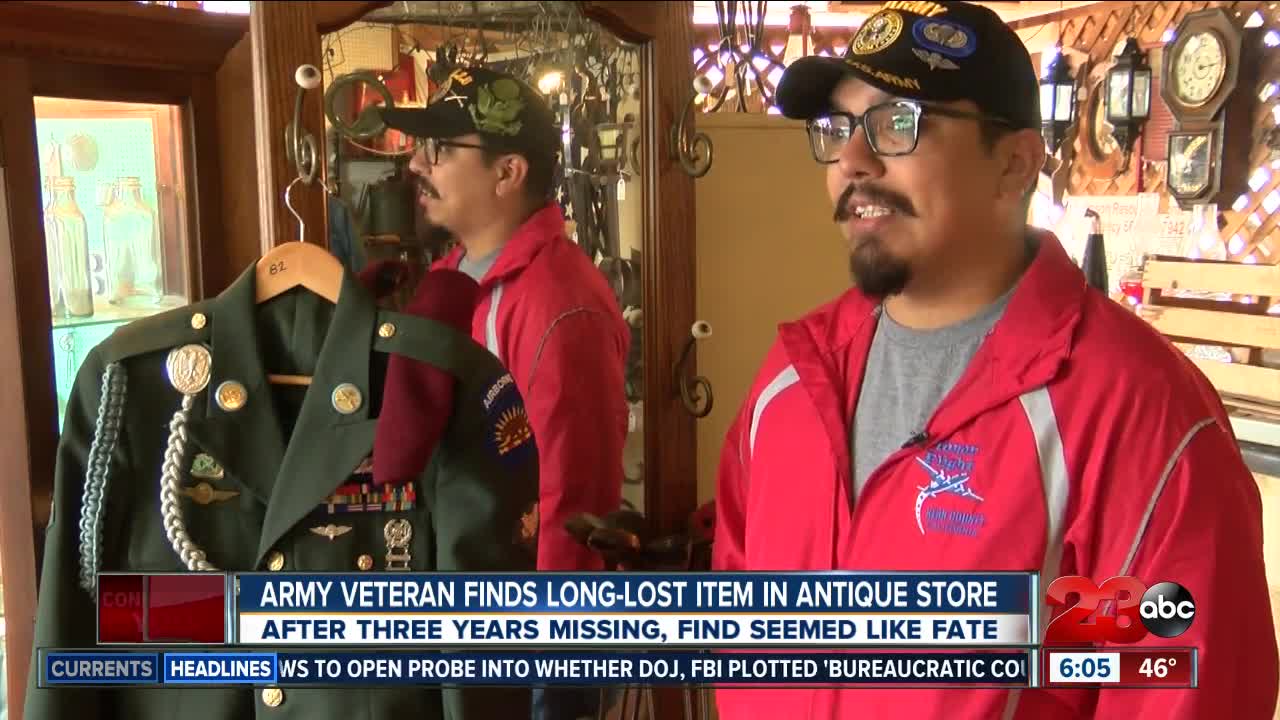 Xenos saw the uniform and immediately knew it was his.

BAKERSFIELD, Calif. — Xenos Lopez said when he moved from one part of Bakersfield to another in 2016, he lost his Army uniform. He's not sure how it happened, but he suspects someone may have stolen the garment bag it hung in while he was in the moving process.

Lopez served in the army from 2004 to 2010 as a parachute rigger and infantryman. The uniform was a representation of his time serving his country, so he was heartbroken when he moved to his new house and couldn't find the garment.

Xenos and his wife were in the Mill Creek Antique Mall in February, three years after losing it, when to their disbelief, the lost uniform was hanging in plain sight. The various medals pinned to the coat were clearly his.

"Just everything that's on it is mine so you just instantly know," said Lopez.

Lopez took the uniform to store owner Rick Freels with the intention of purchasing it, but Freels said he could tell Lopez was the rightful owner.

"I said it's your, you earned it and I could tell how much he appreciated it," said Freels.

Lopez said now that he's found his long-lost uniform, he'll add it to the shadow box he's been building to commemorate his time in the military.