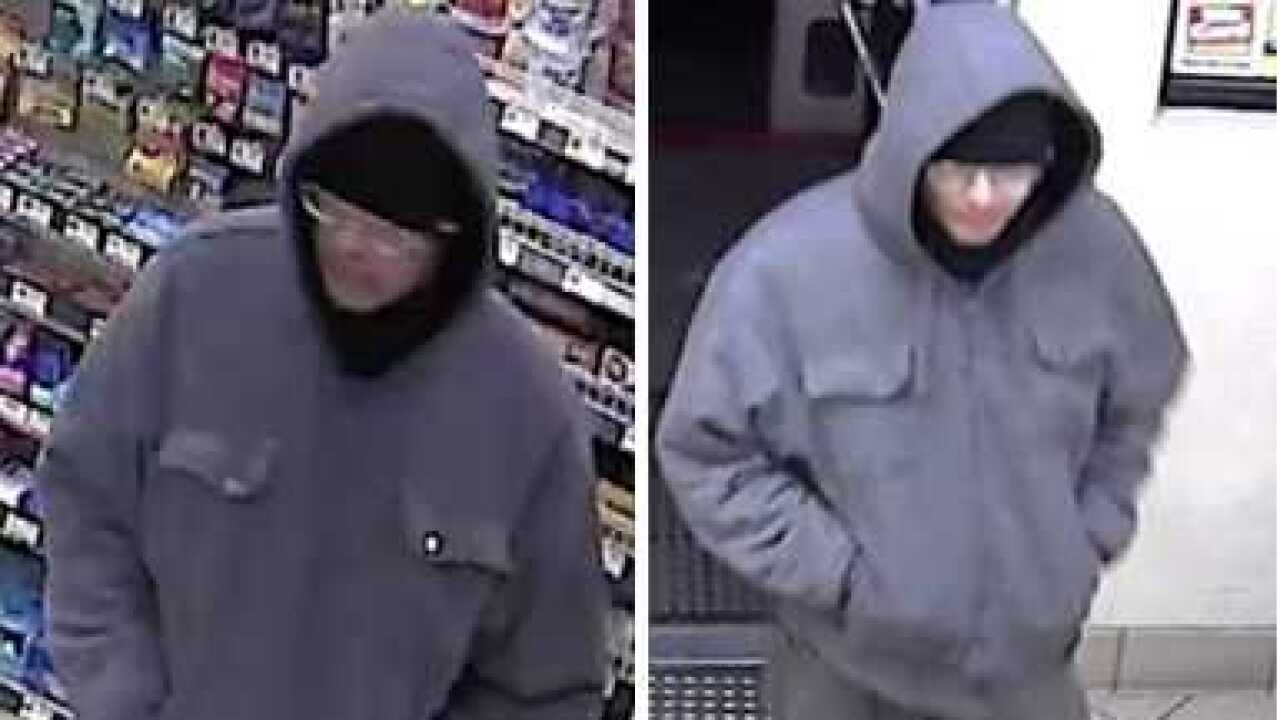 SELMA, Calif. — Fresno County Sheriff's Office is asking for the public's help in identifying the man responsible for a robbery in Selma.

According to officials, the robbery took place at the AM/PM store located on 12019 South Highland Avenue in Selma around 2:30 a.m.

In the video surveillance obtained by detectives the suspect is shown entering and leaving the store before attempting to carjack a woman in the parking lot. When the clerk tried to call 911, the suspect ran back into the store then immediately jumped over the counter and demanded the clerk to give him cash from the registers. He reportedly threatened the clerk with a knife and other customers in the store. Detectives say the suspect was able to take off with a bag full of money.

According to Fresno County's Sheriff's Office no one was injured.

The suspect is described as a white or Hispanic, approximately 6'0," 200 lbs. He was wearing a gray sweatshirt, black mask and glasses.