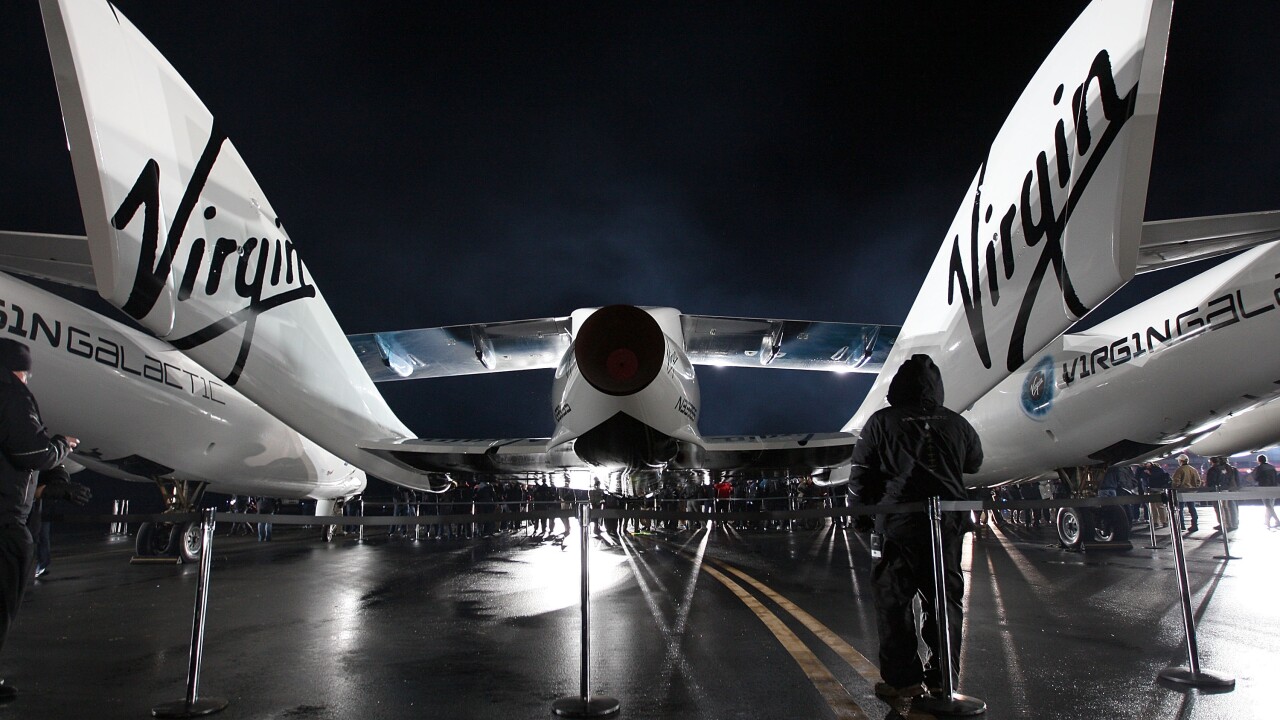 David McNew/Getty Images
MOJAVE, CA - DECEMBER 7: Virgin Galactic unveils its new SpaceShipTwo spacecraft at the Mojave Spaceport on December 7, 2009 near Mojave, California. The eight-person VSS Enterprise, named after the Star Trek ship of the same name, is the first of a series of space-planes for customers of Virgin Galactic who have paid around $200,000 for a suborbital flight into space. British entrepreneur Sir Richard Branson is financing the spacecraft and aerospace designer Burt Rutan is building it through The Spaceship Company, a joint venture of Scaled Composites and Virgin Group. (Photo by David McNew/Getty Images)

WASHINGTON — Virgin Galactic is planning to perform the next test flight of it SpaceShipTwo suborbital spaceplane on Thursday, December 13.

The company said that the next powered test flight will take place at the Mojave Air and Space Port and would be the fourth powered flight for this vehicle and the first since July.

“At a basic level, this flight will aim to fly higher and faster,” the company said in its statement. “We plan to burn the rocket motor for longer than we ever have in flight before, but not to its full duration.”

The flight will collect "mew and important data points" about the vehicle at higher altitudes and speeds, including supersonic handling qualities and thermal dynamics. How well the vehicle is doing will determine how long they burn the rocket motor, according to Space News.