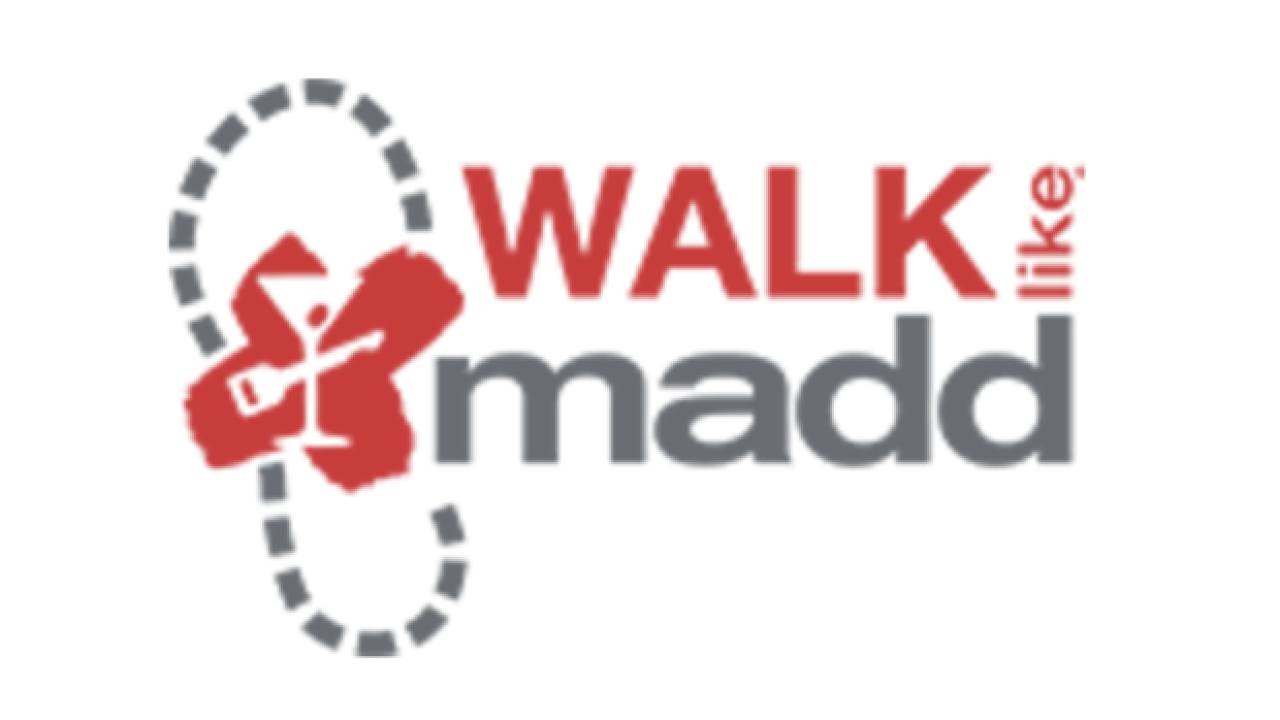 The fourth annual Walk like MADD and MADD Dash are happening today at the Park at Riverwalk (11200 Stockdale Highway in Bakersfield).

The event is presented by Chain | Cohn | Stiles and is aimed to raise awareness of the DUI rates in our community, raise funds for local MADD Kern County educational programs and provide support to local victims and survivors of drunk and drugged driving crashes.

Registration starts at 6:30 a.m. Saturday and the ceremony begins at 7:30 a.m. including statements by MADD, DUI crash victims and families, Kern County District Attorney Lisa Green, dignitaries and others.

A kid's superhero-themed Fun Run presented by the Bakersfield Active 20-30 Club, 5K and 10K and victim's march begin at 8 a.m.

An awards ceremony follows the races and will feature Coach Jim White of "McFarland".

There will also be freebies, raffles, vendors, informational booths and more.

According to the Kern County District Attorney's Office (to September 2017) 17 people have died this year from crashes caused by people who chose to get behind the wheel while under the influence.

MADD Kern County - together with victims, local businesses and community supporters - are coming together to say, "Enough is enough!"

Since 2014, thousands of local residents have made their voices heard while raising more than $150,000 through this annual MADD Kern County event.

The walk and runs bring together the entire community - surviving victims of DUI crashes, families and friends of injured and deceased victims, local law enforcement agencies and prosecutors, first responders, advocates, and other community leaders and members - to march, rally and run for the cause.

For more information or to donate to MADD click here.