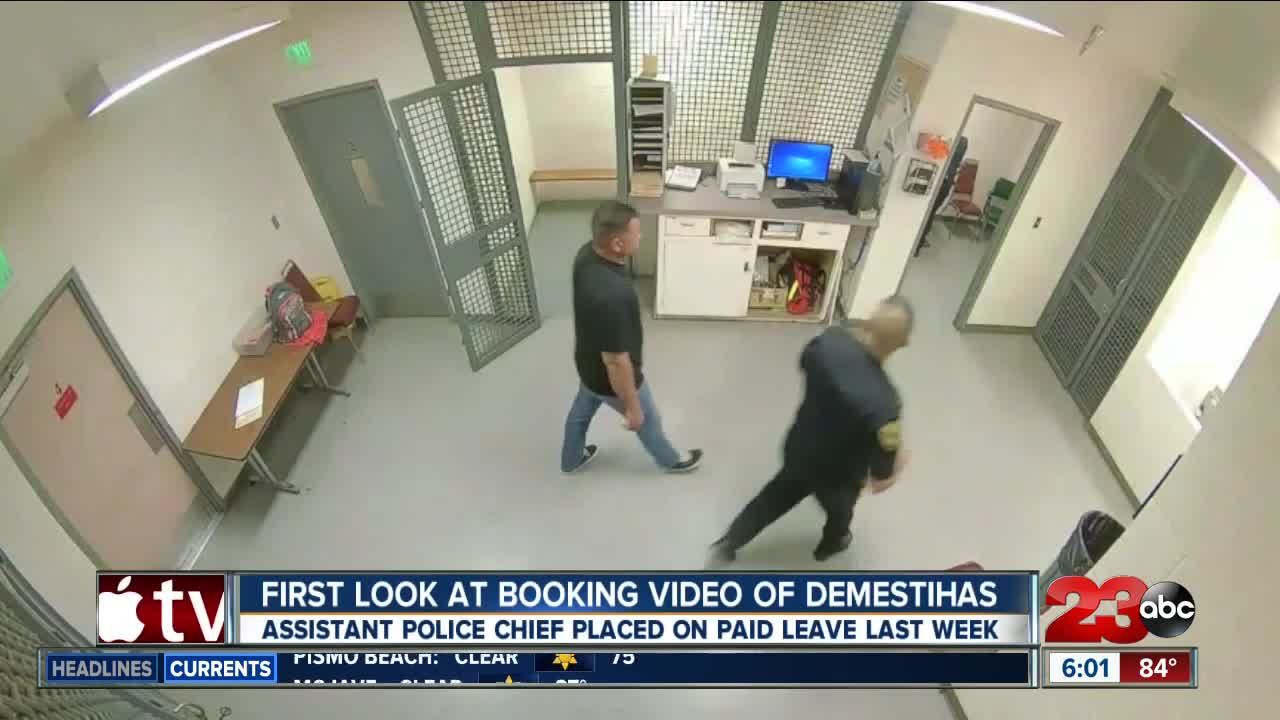 BAKERSFIELD, Calif. — The booking video of a Bakersfield Assistant Police Chief accused of domestic violence has been obtained by 23ABC.

Evan Demestihas was placed on paid leave following the alleged incident that took place at the VIP Lounge on California Avenue a week ago.

The 5-minute video of Demestihas shows him walking into the Taft Police Department to turn himself in after officials issued a warrant for his arrest.

According to police documents, officers were called to the lounge's parking lot to check the status of a woman's well being.

Additional surveillance video, also obtained by 23ABC, showed the alleged victim get out of a white car before witnesses come out to help her. Witnesses who work at the lounge told 23ABC that the alleged victim had visible injuries.

Investigators with the Bakersfield Police Department arrived on scene that night and determined the woman was a victim of domestic violence and Demestihas was arrested on felon assault domestic violence,

Details of the alleged assault have not been released but the DA's office says in order for a felony charge in a domestic violence case to be filed there has to be "injury in a traumatic" condition.